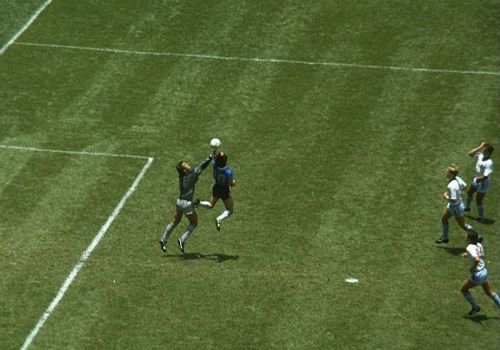 The FIFA World Cup is one of the most sought after events in sports history. The World Cup is held in a different country every year and has spectacular and grandeur opening and finals events. Celebrities across the globe watch this event, as well as participate in it in terms of advertising and performances during the finals game. FIFA stands for Fédération Internationale de Football Association and is the sport’sgoverning body. FIFA is an international association for football where senior men’s national teams compete for the World Cup. This competitionismuch comparable to FIBA, exceptthatit’s an entirelydifferent sport altogether – football, or soccer, as referred to by Americansso as not to confuse with American football. The competitionholds a qualification phase whichisheldwithin the first threeyears to determinewhich teams wouldqualify for the tournament phase to beheld in the next FIFA World Cup Finals. 32 teams, automaticallyincluding the qualifying host nation(s) compete in the tournament phase for the title at venues within the host nation(s) for about a month. Brazil, where the last World Cupwasheldin 2014, was the host nation for thatyear and is the only team who have played in the tournament. They have won the World Cuptitle five times already. The FIFA World Cupwasfoundedin 1930, dating back to evenbefore the second World War.

10. Dutch fans in 2006 world cup forced to watch in underwear 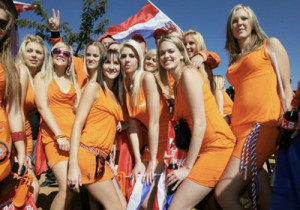 Back in 2006, World Cup Holland fans were forced to watch the game against Ivory Coast in their underwear. Reportedly, it was a number of 1,000 Dutch fans that had to remove their orange shorts. The main controversy behind this story is that the orange shorts had a local beer company logo printed on them. Unfortunately, FIFA did not endorse the beer brand, hence forcing Dutch fans to watch in their underwear. In spite of this controversial FIFA moment, Holland team made the underwear watch worth it for the fans after winning said game in a 2-1 final score with the two goals made by Ruud Van Nistelrooy and DirKuyt. 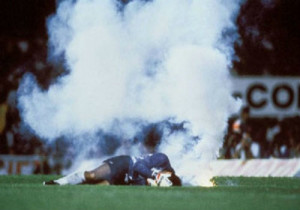 This controversy happened back in the 1989 World Cup qualifier game. Roberto Rojas faked an incident. The short version of the story is that crowd fans were throwing flairs on the pitch. Rojas claimed that he was hit by one of the flairs. Chile, the country he was playing for, refused to continue the game. However, it can be seen on camera that none of the flairs actually hit him and reportedly made up the whole story. He was deemed to have unsupporting behavior and was eventually banned for life from FIFA, while Chile had suffered major consequences when they were banned from the 1990 World Cup. 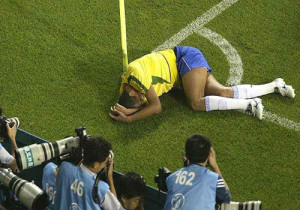 This next dispute took place at the 2002 World Cup, Rivaldo versus Turkey. A Turkish player was making a corner kick, made by Blackburn’s HakanUnsal.Rivaldo made it look like the ball hit his face, collapsing to the turf with his hands clutching his face. The true story behind it is that Rivaldo was actually able to catch the ball using his leg. Another incident that proved to be false with the help of the cameras. According to BBC Sport, Rivaldo was fined £5180 for faking that injury over their win versus Turkey but insists that he did not regret what he had done. 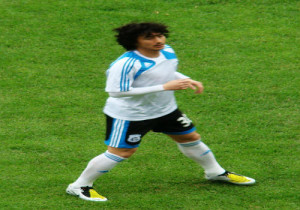 Also in the 2002 World Cup, Jung-Hwan was able to score an extra time header against Italy in game 16. His header goal was the winning shot that helped the South Koreans make it to the quarter finals. The dy after his header, the Italian owner of Perugia cancelled Jung-Hwan’s contract, claiming that he did not want to pay a salary to someone who had ruined Italian football. However, Gaucci, the owner of Perugia, stated that his decision to cancel the contract was not due to the goal that was made. Later on, Perugia took back what they said and offered to buy him back, but he refused. 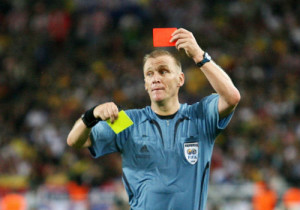 Graham Poll was one of the greatest English referees. At the time, he was the highest performing referees in the world. During the 2002 World Cup, he was refereeing the game between Australia and Croatia. He made the biggest referee mistake but mistakenly forgetting the card count. Basically, Poll issued three yellow cards to Croatian player Josip Simunic and forgot to send him off at the second yellow card. He Simunic ended up committing another foul before Poll was able to send him off, after showing him a third yellow card and a red card. A simple yet unforgettable and regrettable mistake for the referee. 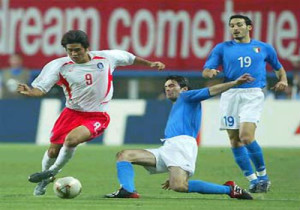 Oddly enough, much of the FIFA controversies happened in the 2002 World Cup. This time, it was in the South Korea versus Italy game. The World Cup was then held in Japan, with South Korea as a co-host. South Korea was able to make it to the semifinals by beating Italy in the quarter finals. Korea was able to beat Spain and Italy in this world cup. These two wins caused a big disagreement, claiming that the match was rigged and that the referees were bought. This allegation can be seen in their match against Italy where referees were seen punishing Italy for every detail, while Korea got away with certain penalties. 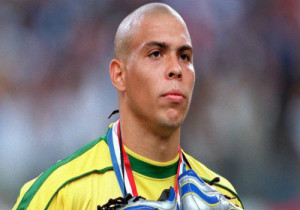 Clearly, there is still no definite conclusion as to Ronaldo’s mishap in the 1998 World Cup. Many conspiracies and strange theories are still alive today regarding how Ronaldo’s name from the team sheet disappeared and then reappeared all before the kickoff. At this time, Ronaldo was one of the best players in the world. Brazilian hope rested on Ronaldo’s shoulders in winning the World Cup 1998 final. Out on the field, he looked strangely ill and wasn’t able to perform his best. No one knows why, but France went on to win the World cup thanks to Zidane who was able to score two header goals. 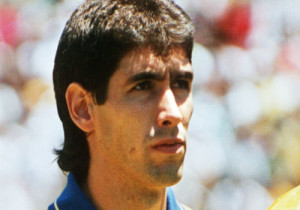 This is the story of Two Escobars of Colombia. One was a gangster and one was a mere football player who played the position of defender. Due to the high expectations and pressures to win the World Cup final, much of Colombia’s players were under a lot of stress to win the World Cup in 1994, given the fact that they were one of the favorites expected to go all the way. Unfortunately, Colombia was unable to live up to the expectations of his countrymen. Escobar regrettably scored an own goal against USA. Because of this tiny mistake, Escobar was shot dead 10 days after the World Cup. The cruel and brutal part of the story is that the shooter shouted “goal” each time the 12 bullets were fired at him. 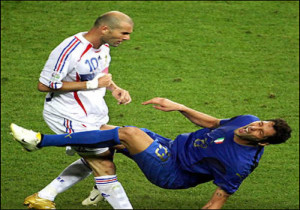 This incident happened in the France versus Italy final in the 2006 World Cup. Zidane was at the top of his game at the time and almost single handedly put France in the World Cup final. He scored a fantastic opening goal with a stunningly taken penalty. However, his hero status quickly went to garbage when he was sent off in the final because he headbutted Marco Matrazzi of the Italian team. This left France with 10 men on the field and gave the win to Italy who won the World Cup in 2006 due to penalties. If only Zidane had controlled himself, France would have probably taken home the win and the title. 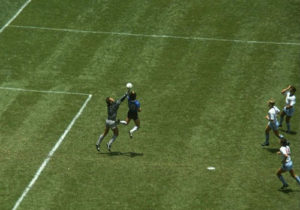 The top spot of our ten biggest controversies in FIFA World Cup in history goes to Maradona’s “Hand of God” Goal. This was back in the 1986 quarterfinal grudge match between Argentina and England. In this match, Diego Maradona was able to score two goals, according to Maradona, one with “little bit of hand of goal and little bit of Maradona head” and the other goal voted as the great World Cup goal. He almost beat the entire English defense to score and was able to kick out England from the competition. This first goal, coined as the “Hand of God” was actually an unpenalized handling foul. The second goal, on the other hand, was a 60 meter dribble past five England players, hence the vote for “The Goal of the Century.”