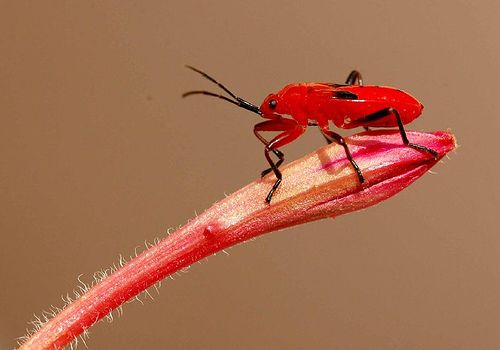 Our world is composed of living and non-living things. Living things are those which have life and have self-sustaining processes while otherwise are the non-living things. Linnaeus classified the living things according to their cell type, their ability to make food and their body’s cell count. With these criteria, living things were grouped into six kingdoms; namely Plantae, Animalia, Fungi, Protista, Eubacteria andArchaebacteria. However, living organisms have been disappearing ever since the beginning of life on Earth.

Natural extinction, which occurred million years ago, is believed by scientists to be a protagonist during evolution. It was triggered by extreme climate changes, diseases and competition among species. Humans became the dominant species in the planet and it turns out that they are an additional reason for endangerment and further extinction of other species along with unpredictable natural occurrences. The most common factors of endangering living things are habitat destruction and commercial exploitation of plants and animals.

An endangered species is considered to be at risk of extinction if there is a sudden rapid decrease in its number and loss of its habitat. Most endangered species belong to kingdom Animalia since it is the largest kingdom among the six. 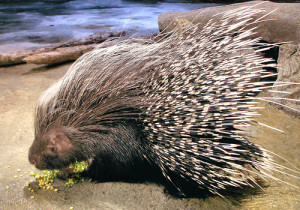 Mammals are warm-blooded animals which feed their young with milk through the mammary glands of the mother. It is classified under the Phylum Chordata of the Kingdom Animalia. The Amur Leopard, the world’s rarest cat; the Javan Rhinoceros, numbering of at most 60 existing in Asia; the Northern Sportive Lemur, the scarcest lemur species in Madagascar; the Northern Right Whale, with 350 left swimming along the Atlantic; the western Lowland Gorilla, the most famous victim of illegal hunting; the Siberian Tiger, the world’s biggest cat, and to name a feware mammals which are already endangered and nearing to extinction. 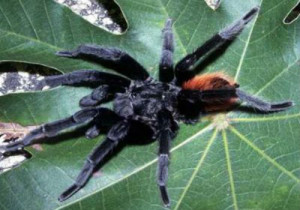 Under the Phylum Arthropoda,Arachnids can be identified by their four pairs of legs and simple eyes. Spiders, mites, ticks and scorpions belong to this class. Famous endangered arachnids are the Bee Creek Cave Harvestman, the slow-moving predatory eyeless spiders inhabiting the underground caves of Texas; the Tooth Cave Spider, which also inhabits the underground caves of Texas; and the Red-kneed Tarantula, a very popular species among spider collectors due to its brilliant colors and longevity. Order Araneae, or spiders of the class Arachnida, mostly belongs to the near threatened species since these inhabit caves and undergrounds. Destruction of caves in urban areas due to industrialization is the primary cause of the endangered status of these species. 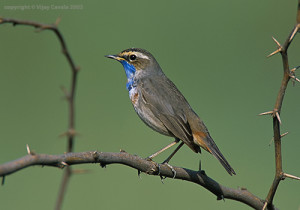 On the eight place, on the other hand, is another member of the Phylum Chordatawhich is the class Aves or most commonly known as the birds.  Birds are endangered because of the destruction of their habitat by deforestation and application of pesticides to trees. The most famous species of birds which are endangered and nearing to extinction are the Ivory-Billed Woodpecker, which was last confirmed sighted last February 2004; the California Condors, with a wingspan of over nine feet and a life span of up to 60 years; the Brown Pelican, which plunges for fish; and many other species of eagles and cranes. 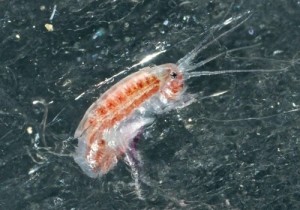 Under the Phylum Anthropoda is the subphylum Crustacea. This includes lobsters, crabs, shrimp, barnacles, water fleas, amphipods, isopods and many more. Crustaceans cover the 38,000 species named to date as it make up mostly aquatic habitats – from the most extreme glacial ice or temporary desert pods to the largest deep ocean and everywhere in between.  Chronic human activities that endanger crustaceans are water pollution, accidental trampling of crustaceans’ shells and over-collection of crustaceans for food. Some endangered crustaceans are tree hole crabs, Kauai cave amphipods, Socrorro isopods, Illinois cave amphipods, and various species of crayfish. A huge percentage of crustaceans particularly decapod crustaceans (crabs, lobsters, shrimp and prawns) are highly consumed by humans. 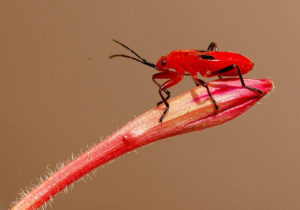 Under the Phylum Arthropodais the class Intsecta which body is cut into three segments; the head, the thorax and the abdomen. Insects are the most diverse group of animals on the planet because they encompass more than half of all known living things, counting to millions of species since they can be found in nearly all kinds of environment. Various types of butterflies, beetles, bees, ants and moths are much endangered up to this day. Major threats to insects are habitat destruction which involves deforestation, alteration of habitat by chemical pollutants such as hybridization with other species and over-harvesting and pesticides. 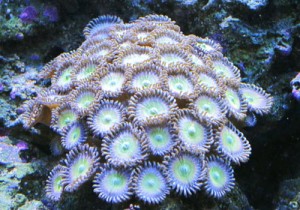 Corals are members ofClass Anthozoa under the Phylum Cnidaria, one of the nine invertebrate phyla. Corals come in colonies having the same “polyp”. Corals are generally classified as either hard coral or soft coral. Hard corals secrete calcium carbonate to form a hard skeleton for protection while soft corals grow wood-like cores for support and fleshy rinds for protection. They are also considered as underwater ornaments for their colorful and beautiful forms.

Since corals feed on algae and planktons, which both needs sunlight for survival, corals, too, need sunlight in order to survive. Bodies of water are major victims of oil spills and landfills due to industrialization, blocking sunlight from entering the sea surfaces thus endangering corals. Other threatening factors of corals are erosion, sedimentation, coral diseases, coral bleaching and ocean acidification. Because of this, the Great Barrier Reef has already lessened into half its coral cover. 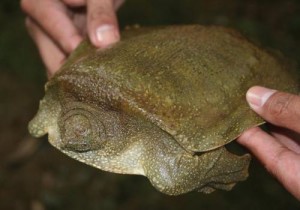 Reptiles are cold-blooded vertebrates under the Phylum Chordata which have scales as the covering of their skin. Snakes, lizards, geckos, alligators, crocodiles, tortoises and turtles are reptiles. Reptiles are neither mammal nor a bird that lay eggs on land. Because living either on the ground or in the water make reptiles more vulnerable to being preyed by different kinds of carnivorous animals, avoidance is the most common form of their defense. Reptiles are known for camouflage as their defense mechanism since their major predators have well developed color vision such as birds and other reptiles. Shedding and regenerating abilities are also entitled for reptiles only, particularly for geckos and other lizards.

Some endangered reptiles are the Green Sea Turle, the Komodo Dragon, the Tuatara and the Gharial. Sadly, there are reptiles that are facing the possibility of extinction due to habitat loss, pollution and human greed for reptile commercialization. 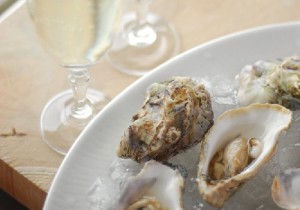 Families of clams, snails, octopus and squids are under the Phylum Mollusca of the Kingdom Animalia. These animals’ body is soft with often covered by a mantle that secretes a calcareous shellandbilateral symmetry; usually with an anterior head and a ventral muscular foot for locomotion.

They are usually found along the marine, freshwater and terrestrial areas; from mountain tops to ocean’s abyssal depths. Humans endanger mollusks by threatening their habitats, food supplies and the purity of the water they breathe through unregulated fisheries. Species of snails, mussels, gastropods and abalones are the most common victims of human activities’ endangerments. 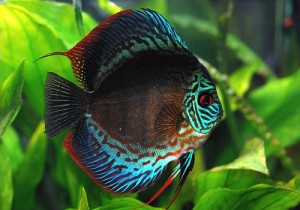 The unique qualities of fishes are their gills and absence of limbs and digits. Fishes are all over the bodies of water, found nearly all aquatic environments. They are cold-blooded vertebrates which allow their body temperatures to vary as ambient temperatures change except for large active swimmers such as white sharks and tunas.

Fishes are an important resource for humans as food which makes it, however, as a major endangerment of fishes. The top 10 most endangered fishes according to Animal Planet are the Atlantic Halibut, Beluga Sturgeon, Arcadian Redfish, Orange Roughy, Winter Skate, Bocaccio Rockfish, European Eel, Goliath Grouper, Maltese Ray and Bluefish Tuna. Also, pollution due to industrialization which leads to ocean acidification is a threat for fishes. There are more than a thousand of fish species that are near to extinction. 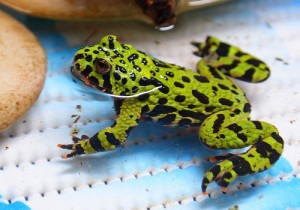 Amphibians include frogs, toads and salamanders. They are cold-blooded vertebrates who live part of their lives underwater and part on land. Unlike birds and reptiles, amphibians lay their eggs that do not have a soft skin or hard shell since most female amphibians lay eggs in the water.

Nearly one out of three amphibians are at risk of extinction due to habitat destruction, infectious diseases, pollution, pesticides, climate change, invasive species and over-harvesting for the pet and food trades. Some of these threatened amphibians are the Western Nimba Toad, Red-banded Poison Frog, Mountain Mistfrog, Oki Salamander, Baracoa Dwarf Frog, Chinhai Salamander and Mistbelt Moss Frog.