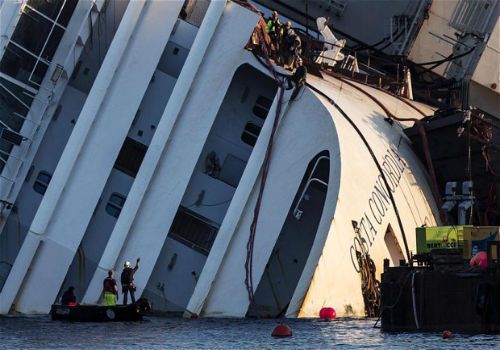 Ferries have been made to conquer the unlivable bodies of water we have on Earth. Ever since its invention, trade and transportation became faster, economies rose and more people were happier so the manufacture and use of these sea giants multiplied. Today, we have thousands of ships that we rely on for transportation, item shipping, oil trading and other miscellaneous activities.

In every industry, however, there are risks and dangers. Unfortunately, the risks and dangers in this industry is very high. First of all, our ships are very unstable to winds and waves unlike cars. The oceans, seas, rivers are the ‘roads’ of these ships which means that these things travel in ‘moving roads’. Second is that ships can only carry enough weight to support itself at sea. Any disturbance or imbalance may cause capsizing or sinking. The greatest risk is the fact that these ships are on water and that people don’t have the means to breathe in water. By examining lists of ferry voyages in history, we bring you the 10 deadliest ferry accidents in history, 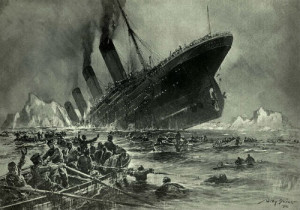 Maybe you were expecting this at number one, however, there are far worse accidents than the famous Titanic sinking. Titanic received six ice warnings on April 14, 1912 yet still traveled at maximum speed. When the crew had the iceberg on sight, it was too late to evade it. The iceberg, contrary to common belief that it ripped a hole on the ship, only dented Titanic’s right starboard. The ship had busted five forward compartments and began to sink at 22:40 of April 14. The ship developed a dramatic angle as it continued to sink and the suddenly snapped into halves. About 1500 people died of hypothermia and drowning. Titanic’s sinking opened up issues like lax shipping regulations, insufficient lifeboats, and unequal treatment of passengers which led to the establishment of the International Convention for the Safety of Life at Sea. 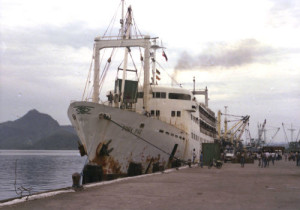 The sinking of Doña Paz was called by Time magazine as the ‘deadliest peacetime maritime disaster of the 20th century.According to Sulpicio Lines, the owner of the ship, the maximum passenger capacity of Doña Paz was 1424 passengers. It was only in 1999 that the government found out that the ship was ridiculously overcrowded with more than 4375 passengers. The sinking of this ship happened on the bright night of December 20, 1987. Doña Paz collided with MT Vector, a US oil tanker containing 8800 barrels of oil. Vector’s cargo ignited upon collision and caused a fire that quickly spread to Doña Paz. About 4386 passengers died in this freak accident. 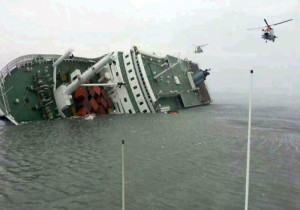 The Neptune, was another overloaded ferry that sank in Haiti. It was the only means of transportation from Jeremie to Port-au-Prince since most roads then in the country were nearly unusable and there was insufficient fuel for aircraft. There were also more passengers than tickets sold during this travel which leads to the speculation that there maybe 1500 or more persons involved in this accident. The sinking happened before dawn during heavy rainfall. The persons on-board panicked which caused imbalance that led to capsizing of the ship. The accident was not known until 24 hours after the sinking because of poor telephone networks in Haiti.

7. Baltic Sea when the ferry was sailing from Estonia to Sweden in bad weather in 1994. 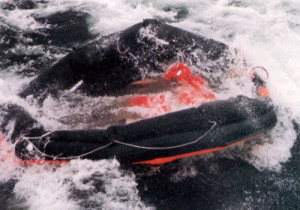 The sinking of Estonia is the deadliest peacetime maritime incident that occurred in the Baltic Sea. In the final disaster report, it was known that Estonia was travelling at a common bad weather. There were strong winds and moderately high waves that rocked the ship. The initial events of the disaster was loud metallic banging made by the waves hitting the bow doors of the ship. The crew checked for any signs of damage but found none. Some minutes later, the visor separated and the ship immediately took a 40 degree starboard list. Fifteen minutes later, the ship rolled 90 degrees and then disappeared on the radar another 20 minutes later. 852 people perished in this accident. 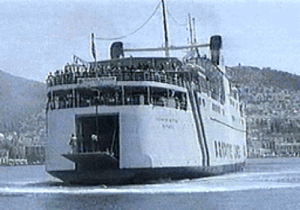 Express Samina’s sinking was caused by incompetence of its crew. The crew of Express Samina set the ship on autopilot. There is really nothing wrong with this except for the fact that not even a single member of the crew watched the controls. This standard practice call was made to ensure that collisions with other vessesl may be avoided. Also, ships need what they call fin stabilizers to decrease the change of direction due to bad weather.In Express Samina’s case, the fin stabilizers did not deploy and caused the ship to travel in a different direction. When a crew member discovered what happened, it was too late and the ship was torn by rocks in the Portes pinnacle. The ship sank and claimed the lives of 82 people.

5. Senegalese ferry Joola capsized in a storm off the coast of Gambia on the night of September 26, 2002. 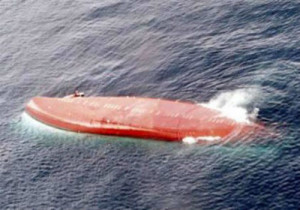 The sinking of Le Joola was thought to be the second worst peacetime maritime disaster.It was mainly attributed to overcrowding. The maximum passenger capacity of Le Joola was 580 passengers. During its last voyage to Dakar, investigators estimated 1863 passengers to be on-board the ship. An hour after its departure from Senegal, the weather turned from good to nightmarish as the ship was rocked by a storm in Gambia. It was said that the wind and waves were strong enough to quickly capsize the ship. Le Joola actually sank only within five minutes. Government rescue teams did not arrive immediately. At least 1863 people perished in this accident.

4. TNT bomb blasted on the Philippines’ Super Ferry 14 when it sailed out of Manila. 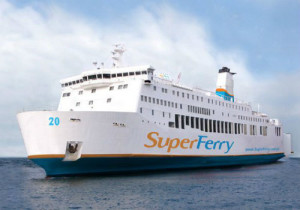 This may or may not be in this list considering its nature as an accident. But, if we were to consider its intensity, this definitely should hold the fourth spot. SuperFerry 14 was bombed February 27, 2004. The ship was to sail for Cagayan de Oro city coming from Manila. An hour after it has set sail, an explosion shook the ship and a fire quickly engulfed the ship. Survivors jumped over the ship while some were carried by lifeboats. The explosive device was said to be in a television set placed near the crowded area of the ship. This was the Philippines’ worst terrorist attack on sea. The bombing was claimed by the Abu Sayaff for the failure of ship’s company to lend them 1 million USD as protection money. About 116 people died in this incident. 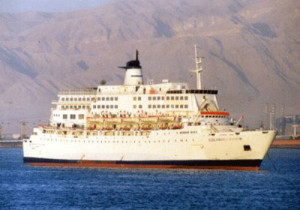 The sinking of al-Salam Boccaccio was caused by its crews’ carelessness and lack of common sense. After the crew left port, there were reports that it had started listing. The listing increased and eventually capsized the ship in ten minutes. There were also reports that the ship had been on fire while it was capsizing. The fire was previously put out and started again at the moment of sinking. The capsizing therefore was attributed to the crew fighting the fire that came from the engine room. The drainage pumps were not opened so water continuously gained momentum enough to capsize the ship. There were also cars inside the al-Salam Boccaccio which may had also added momentum. At least 1300 were reported to be missing and presumed dead. 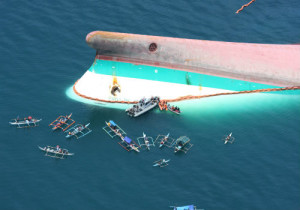 Princess of the Stars was taken down by Typhoon FengShen. During the time Princess of the Stars left Manila for the last time, typhoon FengShen had landfall in Samar. The ship, although there was a storm was permitted to set sail since its large size can withstand the strength of typhoon FengShen’s periphery. Unfortunately, the typhoon changed its course only later the same day. Princess of the Stars when was in great danger of facing Fengshen head on. The worst happened as soon as a hole at the side of the ship was seen. The captain soon declared abandon ship. Rescue missions were delayed because of bad weather. When the coast guard finally had the chance to rescue survivors, there were no traces of them or of corpses around the area. Only a few corpses were recovered in Masbate. 67 were confirmed dead and 747 were missing. 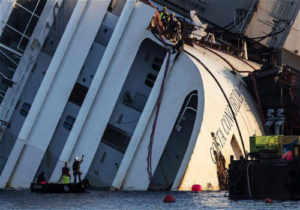 The sinking of Concordia was blamed for the captain of the ship, captain Francesco Schettino. Concordia was to cruise from Civitavecchia to the Mediterranean Sea. It was reported that the captain tried to deviate from his planned route and came closer to Isola de Giglio, where the ship contacted something at the sea floor. Some survivors said that they heard a loud bang when the ship came in contact with the underwater obstruction. A temporary power blackout followed the incident. When the ship started to list, the captain ordered for evacuation of the passengers. Concordia partially sank and did not also cause large casualties. Only 42 out of the 4252 people were confirmed to be dead.