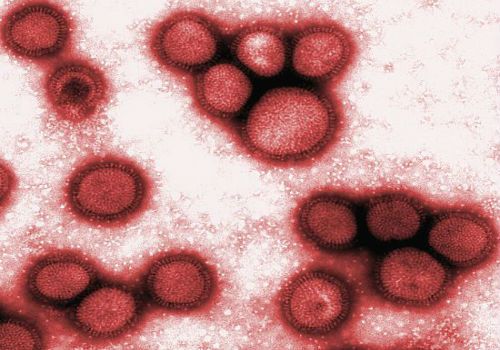 Biological weapons are considered to be the deadliest use of ordnances to kill people and or put harm to the general population in a community or in a country. They are infectious agents that have the capacity to debilitate humans in the most severe way. Bacteria, fungi and viruses fall in the category for the perfect definition of a biological agent used to eradicate not only a few number of people but a large entity with just days to wait. Hosts of these very harmful and toxic microorganisms can also be considered are weapons for bioterrorism.

It takes a meticulous and well though strategy to proceed with this kind of act; enforcing harmful excretions of microorganisms to water and or food supplies without being noticed by organizations handling the safety of the people. It takes skilled and wicked minds to even think about creating chaos in places with millions of lives at risk. In this kind of event, a state of emergency will be imposed by the government or head sectors of the area for panic control. There is no use in panicking and freaking out; although it would be understandable to do so; because it can only create a more deadly environment, especially when bioterrorism is concerned.

Smallpox, originally called the red plague is caused by the Variola virus that first surfaced in the 10000 BC. It is characterized by maculopapular rashin the skin that will soon develop into blisters since the virus is confined in the blood vessels of a person. After the main occurrence of the symptoms, the scars will be apparent in the localized sections of the body like the face. Deformity is a total guarantee for this virus given disease. Smallpox was totally eradicated with the last known case in the 1970s. This was achieved with the help of the vaccines developed by the scientists in this area of expertise.

Anthrax is caused by Bacillus anthracis. Back then, without the help of vaccination, anthrax became very deadly not only to animals but also to the humans that are infected by it. It is found in soil and infect domestic animals that also infect the people who have direct contact with them. This virus can endure through severe settings and or environment; that is why it is a very viable and very strong weapon for mass destruction. It can be spread and culminated by spores that can confer to the clothing of a person; thus giving access to the person’s body.

The plague is caused by the bacteria Yersinis pestis. It has three major displays namely the Bubonic plague which is brought about by fleas that are seen on puny rodents causing lymphatic complications giving a person swollen lymph nodes; the Pneumonic plague which a rare but severe lung infection caused by the bacteria;and the Septicemic plague which comes from the nibbles of bugs that have the said infection and can clog up the blood vessels inside the body of a person. It can be localized in a small area or community and it can be spread form places of different geographical locations.

Tularemia is a disease known in different names such as deer fly fever, rabbit fever and Ohara’s fever. The causing agent is the bacterium Francisella tularensis which is mostly found in rabbits and or other kinds of lagomorphs. Its symptoms are very common like the occurrence of fever and weight loss with an incubation period of only 2 weeks. Visible signs of the symptoms will manifest after three to five days. It is very deadly since it can cause multiple organ system failure which puts the life of a person to end. Live vaccine is now available for the use of the public.

Ebola virus has still no known reservoir and scientists are still going around doing research to know the facts of this virus. There is also no known study that has proven and legally concluded how Ebola virus is transmitted from one person to another or from the agent to the person. No vaccines are developed for the Ebola virus because of the lack of information and foundation. However, the signs and symptoms of Ebola are fast occurring with the common symptoms such as fever, lack of appetite, loss of weight and so on. The CDC has put up precautions to meet the incidents that are surfacing at present.

Caused by the fungus Magnaporthe grisea, rise blast is the biggest issue regarding the rice crop industry because it is the most used crop all over the world. The fungus is very effective in infecting the plants by creating spores inside it. The genetic makeover of the plant is changed differently thus creating a very dangerous combination. It could kill millions of people just by ingesting a given amount of the rice crop that has been infected by the fungus. It is very adaptive in dry temperatures and very humid areas. However, nitrogen fertilization can weaken the protective armor of the pathogen thus elimination.

Rinderpest is caused by the the RPV or the Rinderpest virus also known as the Morbillivirus. It can harness high death rates because of its virulence. The best definitions for this disease in the symptoms that will manifest in a short period of incubation are the nasal and eye discharges. It is believed to have had its origin in Asia and was spread through the other side of the world because of cattle transportation; cattle are the most common host for this virus. It is considered to be one of the most observed biological weapons because cattle in the US don’t have routine immunization for the said virus.

The toxin is excreted by Clostridium botulinum. Botulinum toxin is a neurotoxin which makes it very harmful because it can paralyze the neurons in the body causing complete and total loss of use of the parts that are affected. It travels intravenously and or intramuscularly and can be given in doses that can be beneficial and or lethal depending on the purpose or intention of the user. Although this toxin has its contribution to the medicine especially in beauty remedies, the way that it can affect the muscular function is very disturbing. Botulism is considered to be one of the most serious life-threatening illnesses.

Nipah virus caused causing NiV infection is a newly discovered disease contracted by fruit bats. It is believed to have an intermediate host or a transitional host such as the pig. Documented Nipah virus cases were first seen in Malaysia wherein an outbreak happened as a result of eating palm saps that were infected by fruit bats. In the said outbreak, no intermediate hosts were proven to be present or is of use. There is also proof that it can be transmitted through human to human contact. There was a documentation about the said incident in one of the hospitals in India.

Chimera virus a known virus that is made up of two or numerous nucleic acid fragmentthat have attached to each other; causing the creation of a hybrid microorganism. The nucleic fragments comprise significant genes that are needed for replication. There are now many present developments of the progressive reviews about the chimera virus. Pharmaceutical companies are making something out of it. Vaccines are promoted using chimera viruses. There were many attempts of using these viruses as biological weapons but have failed because of lacking foundation.