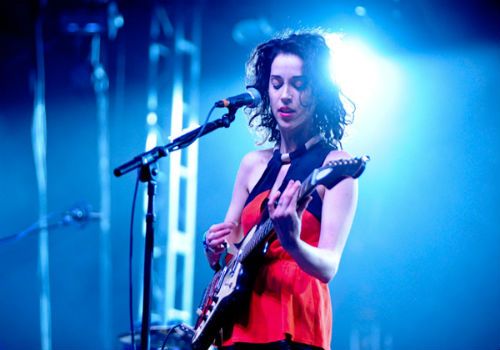 Her songs are actually best played in your car while driving at night with your bunch of friends who are also into indie rock. It’s Annie Clark or best known as St. Vincent! Yep, she’s definitely a girl. And with her voice, you can definitely say how exceptional and not of this world because of her amazing talent in music. How about let’s get to know her better, yeah?

Behind that male-like title, “St. Vincent” is a birthname of Anne Erin “Annie” Clark. She is an American musician, singer-songwriter, and also a multi-instrumentalist who began her early career way back in a choral rock band at Dallas, Texas named The Polyphonic Spree.

In 2006, she formed her original band in which she led amazingly. Actually, she had released several albums already. In 2007, Clark released the album St. Vincent and Marry Me which was released on that year, July 10. Following this successful come out, St. Vincent launched the Album Actor in 2009 which had taken part in different charts like Billboard’s Independent Albums Chart. On one hand, it was in August 25, 2011 when Clark released her third album entitled Strange Mercy. It was St. Vincent’s highest-charting album so far, taking number 19 spot on US Billboard 200.

As of 2013 until the present day of today, St Vincent is having her worldwide tour. Last February 25 of this year, she fully released her self-titled fourth album. It was another project that everyone should definitely check out. For the meantime, here’s a countdown of her best songs: 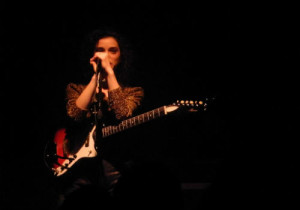 Landing number for St. Vincent’s top ten songs is her 2011 single entitled Krokodil. In may be obvious, but Krokodil is a Russian term of “crocodile.” However, it was also a street name where a heroin-like drug called desomorphine is available. We’re not sure if St. Vincent is actually referring to that place, but this song is sorta like a drug anyway! Imagine St. Vincent who is actually a woman, but definitely knows her way to play guitar way better than any other male musicians out there. Also, Krokodil has a b-side entitled Grot which is also better. The song was produced by Record Store Day in Red Vinyl 7”. 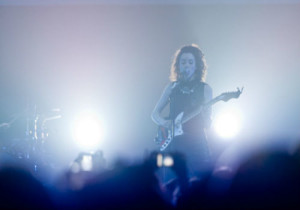 Another single of St. Vincent is part of this chart and it owns the number nine spot. The song Actor Out Of Work. This song was actually released in United Kingdom which was issued as a 7” vinyl single. “You’re a supplement, you’re a salve/ You’re a bandage, pull it off,” is definitely one of its killer lyrics. St. Vincent pull off this kind of music who would seem to bring out a marching band, yet still a neighbor-friendly song. This song may seem to subside the story of a broken heart hidden behind those guitar riffs by St. Vincent herself. 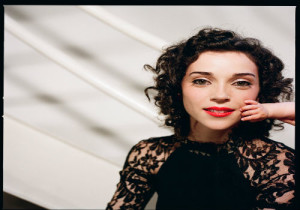 Number eight song may definitely catch the attention of those people with a, er, you know, a “little” troubled mind. The Apocalypse Song is part of her 2007 album, Marry Me. “So take to the streets with apocalypse refrain/Your devotion has the look of a lunatic’s gaze,” is actually the last part lyrics of the song. This may have an orginal meaning, but thinking about it lightly may give you an idea that she’s referring to failed religious belief. In some websites, a lot of listeners are judging this song as a mock for those who are devoted with their religion. If you try listening to it, you may have your own interpretation, too. 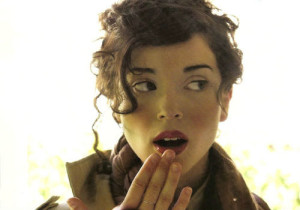 Owning the number seven spot among St. Vincent’s top ten songs is her track from her 2009 album which was entitled Laughing With A Mouthful Of Blood. This song may be a little sad knowing that St. Vincent was actually inspired by the movies she had been watching before coming out with her Actor album. This song may seem to reminisce some past which were not so welcome anymore. Especially if you look into its lyrics: All of my old friends aren’t so friendly/ All of my old haunts are now all haunting me. Don’t get me wrong, this song is definitely awesome, but looking behind it may shock you with the real meaning. 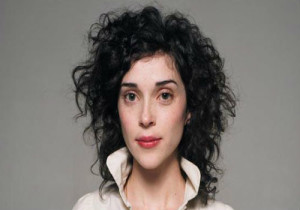 Number six in this chart is a track closing her 2011 album called Strange Mercy. This song is entitled Dilettante. Dilettante is actually the perfect ending song for St. Vincent’s Strange Mercy album as it seems to sum up everything. People are actually admiring St. Vincent’s skills in playing guitar, but with this album, it’s not just those insane awesome riffs but more foreign sounds and tune were added. Dilettante also contains this remarkable tune that would make you so amazed of her, especially with her solo. Anyway, this song also has a close relation to the first song in the album. 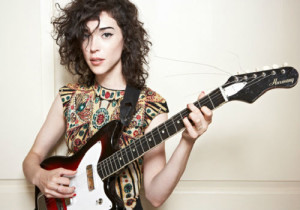 And now we’re finally down to half of this chart! Owning the fifth spot among the top ten best songs of St. Vincent is her track from 2009 album called Actor, entitled Just The Same But Brand New. Of course, there were guitar riffs in the song. But this time, it was mixed with the incredible sounds of synths and drums with those incredible tunes that would seem to come from a distance. Just The Same But Brand New is also another song that would make you drift into nothingness, especially with its repetition line “I’m just the same/ but brand new.” 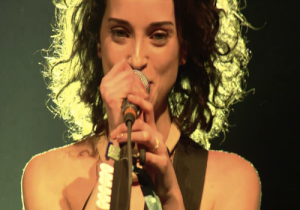 Number four among St. Vincent’s top ten song is her iTunes single entitled Cheerleader. This song also has an acoustic version that is as good as its original style. Cheerleader is also the second release from St. Vincent’s 2011 album called Strange Mercy. It may refer to personal issues behind the songs. For example, the line “I don’t wanna be a cheerleader no more,” may denote the connotation of people too her, judging St. Vincent with her feminine looks. This song may also talk about fragility and vulnerability she may have been with the lyrics: I’ve had good times/ With some bad guys/ I’ve told whole lies/ With a half-smile. Ranking third among the best top ten songs of St Vincent is the track Surgeon. This is another song included in her third album way back in 2011 called Strange Mercy. Surgeon was available for download and free streaming on her website since July 22, 2011. You may definitely check it out. Just like her song Cheerleader, Surgeon also deals with some personal issues, pertaining to her depression way back in 2010 that she included in the lyrics which goes like I spent the summer on my back. It was kind of pertains to Benzedrine and white wine coma. 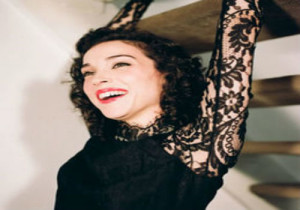 Second to the best among the top ten hits of St. Vincent is none other than the track entitled Marrow. This song comes from her second album in 2009 called Actor. This song actually has a music video which can be aired on different music television in the world. With the lyrics goes like ““Muscle connects to the bone/ And the bone to the ire and the marrow/ I wish I had a gentle mind/ And a spine made up of iron/ Mouth connects to the teeth/ And teeth to the loves and curses,” this song seems to create an image from a childish picturesque situation that went creepy. According to some, this song is actually inspired by a child movie, particularly from Disney. 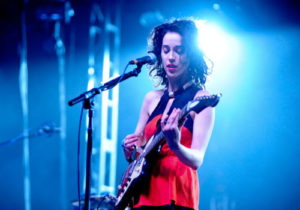 And now we’re finally down to the best and number one best song of St. Vincent! Topping this chart is none other than her single from the same name album in 2011 entitled Strange Mercy. This song is actually the first track of that album. Strange Mercy is one of the best song St. Vincent has ever recorded and produce. From the lyrics all the way to its tune and melody, it would totally make your world stop and would somehow ask for more. This song may be less than five minutes but it would make you feel like it lasted for like forever because of the way it was created.