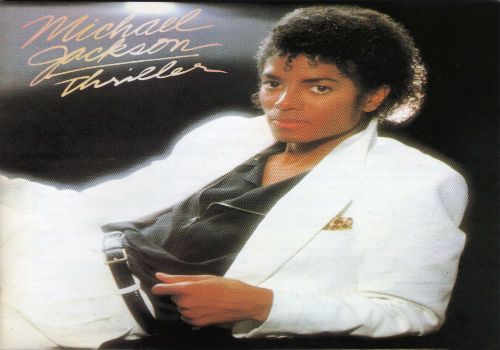 Music is one of the ingredients that best enhances our lives. One can relate to the song which touches our mind and heart – be it the in love or the broken hearted, the successful or the failure and even the happy or the weary. It’s humans’ nature to listen to music that greatly suits their mood. Thus, we lovingly patronize the music industry by buying the album of our choice.

Let’s take a look back at the best selling album of all time that have generated millions over the time. Let us find out what album made a mark as the most successful musical composition in the history and who was the most popular artist labeled as the greatest hit maker of all time. Here is our list of the Top 10 Best Selling Album of all time. 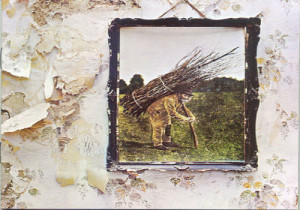 Led Zeppelin is an English classic rock group considered as one of the 20th century most commercially and critically successful iconic bands. During the 1970s, as one of the biggest band, they are viewed as the pioneers of the heavy metal and hard rock by many. The band derived many diverse influences from folk-tinged, anthemic song like “Stairway to heaven” that was worshiped by fans and praised critics as one of the greatest works in the modern rock history. Their fourth album was released on November 8, 1971 without printed title on it so was generally called Led Zeppelin IV.  Upon its release, the album has become one of the best selling albums in the history, earning 37 million units. 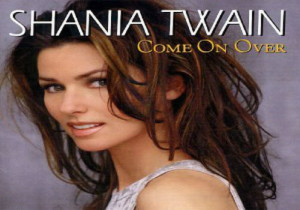 ‘Come on Over’ is the third recorded album of the Canadian singer, Shania Twain’s. This album was released in 1997 and has become a blockbuster success. It has sold over 40 millions copies worldwide and is one of the most successful country album ever. It has ranked No. 1 for over 50 weeks on the Country Album charts. The album celebrates its 16th anniversary on November 4, 2013. This album includes the fans’ most recognizable song ‘You’re Still the One’, ‘That Don’t Impress Me Much’, and ‘From This Moment’. Like all of her other albums, ‘Come on Over’ was produced by her husband Robert “Mutt” Lange. 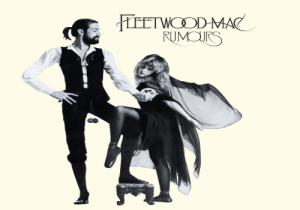 ‘Rumours’ is the eleventh  studio album of the British-American rock band, Fleetwood Mac which was recorded back in 1976 in California. This album was produced with Richard Dashut and Ken Caillat. It was then released on February 4, 1977 by Warner Brothers Records. The record topped on both the United Kingdom Albums Chart and the United States Billboard Chart. This album is the band’s most successful release. It has sold over 45 million copies worldwide which makes it one of the best-selling albums of all time and has won the Grammy Award for Album of the Year back in 1978. 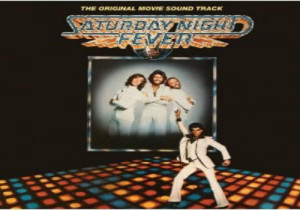 ‘Saturday Night Fever’ is the original soundtrack album of the movie Saturday Night Fever, written by The Bee Gees where John Travolta starred back in 1977. It was a large impact in the United States making it a certified 15x Platinum for the shipments of over 15 million copies worldwide. This album has spent at the peak of the album charts for 24 long consecutive weeks from July 1978. It also stayed for 120 weeks on Billboard’s album charts until March 1980. It has also been added to the National Recording Registry in the Library of Congress. It has also won a Grammy Award for the Album of the Year. 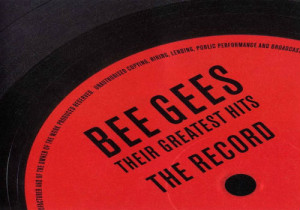 The album ‘Their Greatest Hits’ was released in 1976. It is a singles compilations by the Eagles featuring their nine hit singles for four years and their newest song ‘Desperado’. It has released more than 29 million copies in the domestic market in November 2012, making it as the best-selling album in the United States together with Michael Jackson’s Thriller. That made the album garner the distinction of becoming the first album to be certified by RIAA as Platinum. It is the third best selling album in the music history for it has sold 13 million internationally to wit 42 million sales. 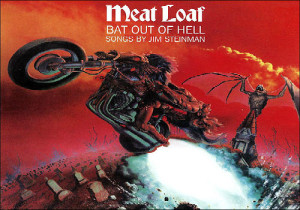 ‘Bat Out of Hell’ is the first collaboration of the American rock musician Meat Loaf. The album as their second album and major-label debut was released in October 1977 on Cleveland International/ Epic Records. It has sold over 34 million copies worldwide making it one of the best-selling albums in the recorded music history. This album has been certified as a platinum album, fourteen times over, by the Recording Industry Association of America. Bat Out of Hell is one of the most influential and iconic album over the years. With Steinman’s appreciation of Phil Spector, Richard Wagner, The Who and Bruce Springsteen, Bat Out of Hell album was influenced by their musical style. 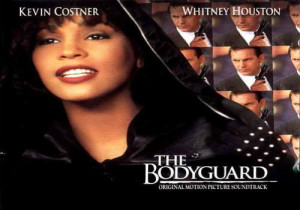 ‘The Bodyguard’ is the original soundtrack album of film of the same name. It was released by Arista Records on November 17, 1992. It’s first side features the song of Whitney Houston and the side 2 features the work of the other various artists. The album was co-executive produced by Whitney Houston and Clive Davis. It has become one of the best-selling albums of all time. It has sold more than a million units just within one week period as verified by the Nielsen SoundScan computerized sales monitoring system which is the very first. On November 1, 1999, the album was certified as 17x Platinum by the Recording Industry Association of America and later on won the Grammy Award for Album of the Year. 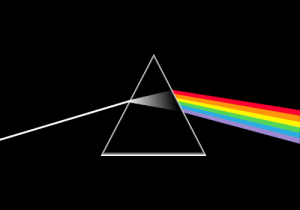 In March 1973, ‘The Dark Side of the Moon’ was released as the eight studio album of the English progressive rock band Pink Floyd. The album’s theme includes greed, conflict, mental illness and the passage of time. The album got an immediate success when it topped the Billboard Top LPs & Tapes chart for one week. From 1973 to 1988, the album remained subsequently in the charts for 741 weeks. It is Pink Floyd’s one of the best-selling albums worldwide and the most commercially successful album, with an estimated 50 million copies sold. In addition, ‘The Dark Side of the Moon’ is the one of Pink Floyd’s most popular albums to all the music fans and critics and is frequently ranked as one of the greatest albums in the history. 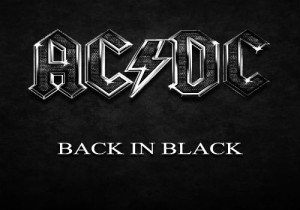 ‘Back in Black’ is the seventh Australian ans sixth internationally released album of the Australian hard rock band AC/DC.  It was released on July 21, 1980 as a tribute album to their lead singer Bon Scott who died on February 19 at the age of 33, It was produced by Robert John “Mutt” Lange who had previously worked with the band on Highway to Hell and was recorded in Nassau, Bahamas at Compass Point Studio and in New York at Electric Lady Studious. The album was a success with global appeal. The album has sold an estimated 50 million copies worldwide as of June 2011, making it the second highest-selling album of all time, the best-selling album by a band, tied with Pink Floyd’s ‘Dark Side of the Moon, the best selling album by an Australian musical act, and the best selling hard rock album of all time. 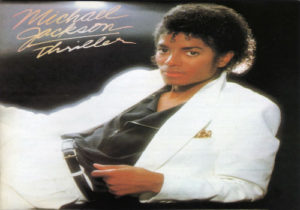 ‘Thriller’ is Michael Jackson’s sixth studio album. This album was released on November 30, 1982 by the Epic Records. This is a follow up album to the epic American recording artist’s ragging success 1979 album ‘Off the Wall’.The recording was done at Westlake Recording Studious in Los Angeles, California, between April and November 1982. It has nine singles and out of nine, four was written by Jackson himself. The album became and currently remains as the best selling album of all time in just a year, with estimated sales of 65 million copies worldwide. The album set a new record when it won eight Grammy Awards in 1984, including the Album of the Year.