Openings have recognized sequences which are often given names. Openings differ in character and style, as some maybe quiet and positional to very aggressive. Throughout the years, masters tried to come up with a common theory – the opening theory – in order to analyze the effectiveness of recognized openings. The strategic aims of openings are as follows: development, control of the center, king safety and pawn structure. King safety is pretty much explanatory. Development is the placement of pieces to tiles where they will have the greatest impact in the game. Control of the center allows better mobility for a player’s pieces.  Pawn structure defines the strength of the placement of the pawns with respect to each other. Doubled pawns or backward pawns render weaknesses.

By studying these aspects in recognized openings all ove history, we give you a comprehensive list of the top 10 best openings in chess history. Even beginners know that in a game where you play White, your best first move is pawn to e4. From this, you open opportunities for your key pieces to develop whatever ploy you want to develop. However, if your opponent is a bit above average, the tides may go rough on you. The Sicilian Defense is executed by Black moving pawn to c5 in response to White’s first move.  Through this, black can develop some control over the center of the board particularly the tiles surrounding c5. White then cannot move his pawn to d5 nor take down the pawn by his queen as it will expose this important piece. The pawn on c5 can gain more control by providing it with other defenses such as moving a knight to a6 then moving the other pawns to assert full control until White makes a wrong move. 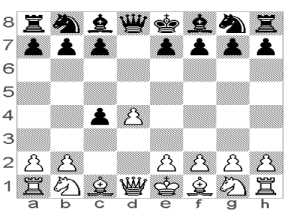 The queen’s gambit is one of the most popular gambits ever used in chess. The following is how to execute the queen’s gambit. White moves his pawn to d4. Black responds by moving his pawn to d5. White challenges the d5 pawn by moving his pawn to c4. Black then may greedily take down this pawn by moving to c4. From there, an illusion of central control is given to Black. Black may consider this a great opportunity that he starts fortifying the c4 pawn with other pawns such as pawn to b5. White then will move pawn to e3 which cuts an opening for his queen. As soon as Black moves his pawn to b5, White’s queen moves to f3 which will inevitably destroy the Black’s a8 rook. The Alekhine defense is a hypermodern chess opening introduce by Alexander Alekhine in a tournament in 1921. It starts with White moving his pawn to e4 and Black moving his knight to f6. Black then will try to provoke a four pawn-attack by moving across the right side of the board. Black then plays actively by responding to the central White pawns by moving a pawn to g5 and taking down a pawn on d5. Black responds to the take down by countering with pawn to take down the d5 White pawn. The Black’s queen is then open to attack White’s queen and takes it down. This would cause White’s king to counter the attack and lose his castling ability. 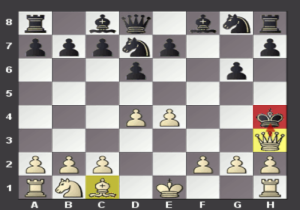 Like the Alkehine defense, the modern defense is a hypermodern chess opening. It is also popularly known as Robatsch Defense named after Karl Robatsch. The following describes the execution of the modern defense. White moves pawn to e4. Black moves pawn to g6. White takes the opportunity for central control and moves a pawn to d4. Black then moves a Bishop to g7. This defense is closely related to Pirc defense. It is primary difference with Pirc defense is that Black delays the development of his knight to f6. The delay allows White to build defenses against the g7 bishop. This defense has been used in a lot of grandmaster chess duels and has proven its power and versatility.

Another one of the hypermodern openings, The King’s Indian defense allows the control of White to the central tiles while it builds defenses to later on exploit the weakness of White’s development. The following is how to execute the King Indian Defense. White moves pawn to d4. Black responds by moving knight to f6. White takes the opportunity for gaining control of the central tiles and moves a pawn to c4. Black opens a passage for the bishop by moving a pawn to g6. This move allows White to perform castling. This defense has been a favorite of former world champions such as Garry Kasparov, Bobby Fischer, and Mikhail Tal. 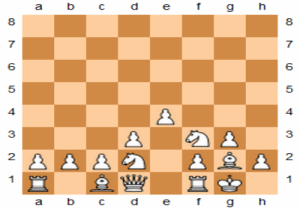 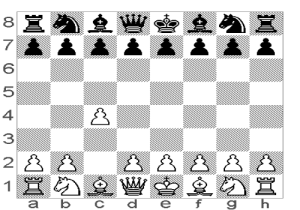 White moves pawn to c4; this is the English opening, one of the most successful first moves of White ever known. What is so special about this single move? All the defenses above that we have shared with you may be developed through this opening move – Hypermodern styles such as King’s Indian Defense and even classical styles like the Queen’s gambit. The flexibility of this move allows White to have a strategic advantage. The English opening was so powerful that it was used in Sherlock Holmes:A Game of Shadows by Professor Moriarty. Unfortunately, he lost that chess duel (and his life). 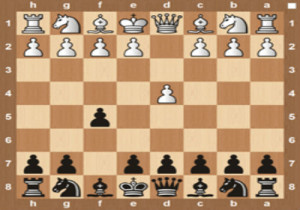 This defense is not commonly used by beginners. The Dutch defense is primarily a response to White’s move of pawn to d4. This defense allows Black to level his dominance with the central control given to White. Often, the defense opens better defensive opportunities for Black as it allows mobility of bishop and knight and a barricade of pawns at the king’s side. Castling is even possible since the knight and bishop are out of their original tiles. Dutch defense has fair transposition potentials. More importantly, the Dutch defense can be transposed to an even more powerful opening – The Stonewall attack. 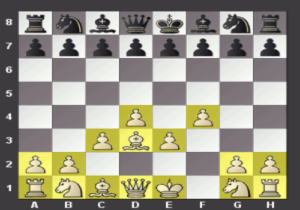 The stonewall attack is actually a variation of the Queen’s Pawn Game which starts with d4. Stonewall attack can be executed by the following steps. White moves pawn to d4. White then, after Black’s move, moves a pawn to e3. Black makes his turn. White then moves a pawn to f4. After Black’s next turn, White moves another pawn to c3. Black finishes his turn then White moves a bishop to d3. This defense does not require specific set of movements from Black. Once this set-up has been finished, White has a solid wall which can only be penetrated by sacrifices from Black. The good news is that the specific set of moves We mentioned are not necessarily needed to be performed according to that order.