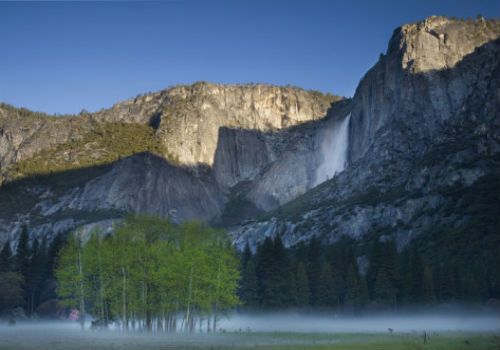 The Beauty in Yosemite National Park

One of the well-known national parks in the United States is Yosemite National Park. It spans almost the eastern parts of the Tuolumne, Mariposa and Madera counties of California. Covering about 3, 080.74 sq. km and reaching almost the Sierra Nevada mountain chains. Its majestic, high steeped granite cliffs, crystal-clear streams, beautiful waterfalls, vast forest of Giant Sequoia trees and its rich biological diversity has put Yosemite National Park as one of the World Heritage site in the year 1984.

More than 3.7 millions of spectators, tourists, and visitors come and see the beauty Yosemite National Park has to offer. Giving them spectacular experience and feeling to connect with Mother Nature through camping, fishing, sight-seeing and other activities across the park.

With Yosemite National Parks wide range, it is impossible for everyone to visit and experience what the park has to offer in just only one day.  It is undeniable that there are different spots where most people go. Well maintained and managed by the National Park Service, brings these eye-catching beauties that make its mark to everyone who wants a different adventure that Yosemite National Park has to offer. Expand the getaway experience with unique sights and wonders found within wilderness of this park and see for yourself what surprises awaits you. 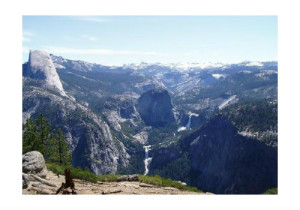 Wanted to experience a different kind of hiking adventure? Well, Yosemite National Park’s Clark Range is the place to be. Separating the basins of the Illilouette Creek from the uppermost portions of the Merced River, it is a sub range of California’s Sierra Nevada that extends from Quartzite Peak to Triple Divide Peak. It is estimated to be a 5-day hike for beginners and 3-day hike for professional hikers. Multiple starting points are available. There are different campsites stationed where you can rest and relax. It may be a tiring and leg-jarring activity but with the scenic view of nature as you walk ahead to its peak, the experience would be amazing. 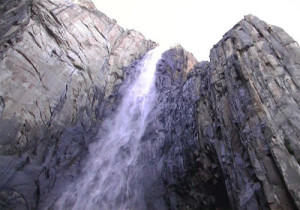 Based on its slenderness, people call this 1,612 feet free-leaping waterfall of Yosemite National Park the Ribbon Fall. From a gaudy height, Ribbon Falls is one of the waterfalls that can be seen within the YNP. Its water came from the melted snow of the winter season and flows down freely to its base making a cone shaped tower of ice hovering up to 200 feet. The melted snow deposits water continuously even when it is summertime. Its majestic view from afar makes it looks like a white ribbon going down.

Yosemite National Park’s O’Shaughnessy Dam is San Francisco’s main water supply reservoir. It is an arch-gravity dam built from 1950-1923 which holds the water from the Hetchy Hetchy Valley. Rising from 430 feet high and spanning for about 900 feet, O’Shaughnessy Dam has been one of Yosemite National Park eye-catching view for spectators. It also has 14 water outlets that ensure the water. Because of being well-maintained and managed, water from O’Shaughnessy Dam is said to clean and good for drinking. The debate about the removal of the dam is still being discussed up to now to restore the previous beautiful Hetchy Hetchy Valley. 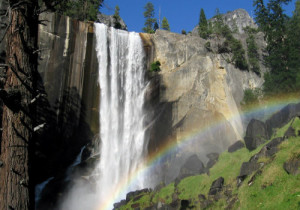 Formerly named as Yan-o-pah Falls or the Little Cloud Falls, Yosemite National Park’s Vernal Fall got its name after a member of the Mariposa Battalion in 1851 who is Lafayette Bunnell. Vernal Fall is a 317-foot waterfall found in the Merced River just downstream of Nevada Fall in YNP. It runs all year long but at summertime its volumes where being reduced. There are hiking trails along Vernal Fall and as it pours down to its base it sprays mists to hikers. Above Vernal Fall is a pool of water called the Emerald Pool where most hikers stop by to lounge and rest. The Silver Apron is a 20 degree slope of rock with waters flowing down to the pool. The scenic view of Vernal Fall from distance shows a single curtain of water and a long white line which is the downstream. 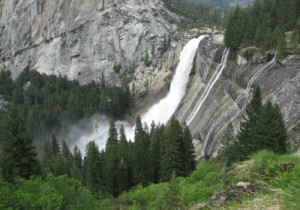 Nevada Fall is located below the granite dome, Liberty Cap, just west of the Little Yosemite Valley runs this 594-foot high waterfall on the Merced River in Yosemite National Park in California. The waterfall is well-known because of its bent shape where in the water falls freely and roughly on the first third of its length to an abruptly slippery rock slope. As the water falls and reach the middle it hits on a cliff creating tumultuous, whitewater appearance of Nevada Falls and produces large amount of mist that covers a wide range making a snowy-like effect from distance. 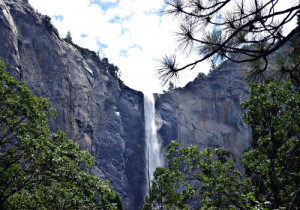 One of the most well-known waterfalls in Yosemite National Park, the Bridalveil Fall is a 188 feet high waterfall and believed by Native Americans to be the home of a vengeful spirit. It was also believed that anyone who inhales the mist coming from the Bridalveil Fall would have a chance of getting married. The water running through the Bridalveil Fall comes from the Ostrander Lake, about 16 kilometers to the south.  Sometimes the water from above the Bridalveil Fall never reach the ground when the wind blows briskly, spreading the water sideways making it like a bridal veil from afar. 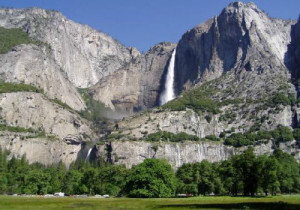 The majestic 2,425 feet waterfall and is said to be the highest measured waterfall in North America and the seventh highest waterfall in the world , Yosemite Falls, found in Sierra Nevada in Yosemite National Park in California. The waterfall is also the major attraction of the park and is most visited by spectators especially when the water flow is at its peak in the late spring season. Yosemite Fall is divided into three section namely: (1) Upper Yosemite Fall which is about 1,430 foot plunge alone and is formed by the rapid waters of the Yosemite Creek;(2) Middle Cascades are a series of five smaller plunges dropping at a height of 675 feet yet rarely noticed because of the narrowness of the ravines where the water runs through;(3) Lower Yosemite Fall is the 320-foot final drop and is the most accessible viewing part of the Yosemite waterfall. Thus giving the hikers and spectators, a different taste of adventure from nature. 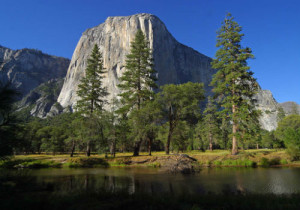 One of the world’s best challenges for rock climbers and base jumpers, El Capitan of Yosemite National Park has been a top picked. Extending for about 3,000 feet to its tallest summit is the vertical granite monolith rock formation of El Capitan. The top of El Cap as named by the rock climbers and base jumpers can be reached by tramping out of Yosemite Valley along the trail next to Yosemite Falls then head westward.  Climbers have yet followed climbing routes made out those stark-granite faces making it a toilsome challenge. The amazing feeling experienced by the climbers and jumpers makes them crave for more. 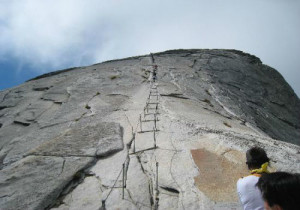 The ultimate moment most of the visitors and spectators of Yosemite National Park wished to experience. The granite dome located in northeastern Mariposa County, California and eastern end of the Yosemite Valley is the most familiar rock formation in Yosemite National Park. The granite ridge rising for up to 4,737 ft (1,444 m) above the valley floor. To get to the top of the dome, there are different ways like by doing rock climbing via the Anderson Route and the well-known Cable Route which is 8.2 mi via the Mist Trail, with 4,800 ft increase in elevation. Before it was said that Half Dome is perfectly inaccessible, but George G. Anderson in October 1875 breaks the gap by climbing the smooth granite while drilling iron eyebolts on the way top. The experience brought by the Half dome make it possible for more visitors and spectators to come and visit every year. 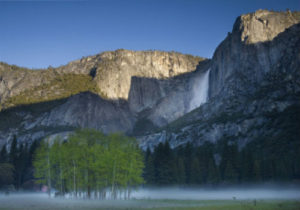 Home of different waterfalls, granite walls, domes and three national parks in the United States including the Yosemite National Park is the vast wilderness of Sierra Nevada which spans nearly 1,200 square miles. The Sierra extends 400 miles north-to-south, and is estimated 70 miles across east-to-west. The appearance of the Sierra Nevada was shaped its ecological aspects and geological circumstances that caused a wide range of differences in elevations and climates which are pondered by the five climate zones. There are multiple deep valleys with vertical granite walls above several major waterfalls running, splendid mountain peaks, suspension valleys carved by ice glaciers, magnificent meadows, and archaic Giant Sequoias forest, a wide range of wilderness and habitat of different animals, plants and trees. Uncover the grandeur Sierra Nevada has to offer and the values and importance of it.