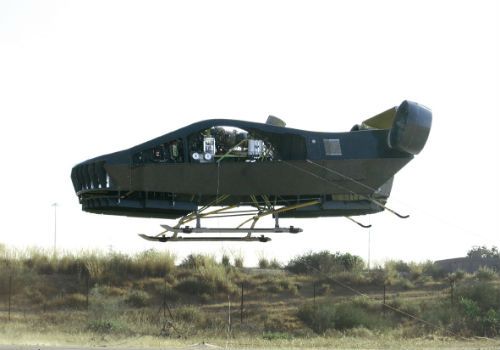 When we say cars, we think of four wheeled vehicles speeding along the highway or taking an off road challenge. We mean to say those who are driven on a street, those whose four wheels step on the ground. Yet how about those that run on the air? We name them flying cars.

Flying cars do look like the usual cars. They are usually not different in terms of appearance with those on the ground. They are so called because they run also in the air. Most of them are inventions of 20th century. Some are inspired by ambitions of military men. Some of them are intelligently made while others are faulty inventions. What makes them extraordinary is the fact that they fly. Most of them fly at the push of right button. Isn’t it amazing to see cars fly? Below is a list of amazing flying cars that existed. 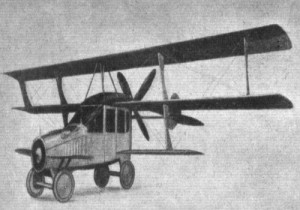 This autoplane is considered the first attempt to create a roadable aircraft. An invention of an engineer named after Glenn Curtiss, this plane is patterned after a triplane. This was made of pieces from airplane attached to an aluminum body. This is a three seater plane that has two front wheels which converts to steering ones inside the cabin. Its unique characteristic is its detachability features. Its wings and tail could be removed so that the car can drive conventionally. An ambitious invention, this has only managed to hop but has only flied short hops. Before World War I began, the development of Custiss Auto Plane was stopped. 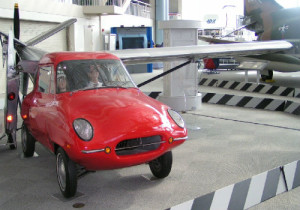 According to the stories, photos of Jess Dixon’s creation was taken sometime in 1940s. This was similar to a helicopter since this has two blades spinning in opposite directions. Its design is a combination of a helicopter, motorcycle and an automobile. The Flying Auto was powered by a 40 horsepower engine and saidto reach up to 160 kilometers per hour and fly in different directions. Its foot pedals control the tail vane on the back so that Dizon could turn in mid-air.Jess Dixon’s flying auto is another product of the desire to avoid traffic jams. It is said to be the world’s first helicopter car. 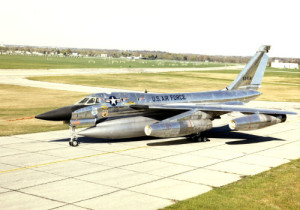 According to stories, the ConvairCar is like a small plane in a car. If its other parts such as the wings, propeller and tail would be detached, it is exactly the same as a four wheeled vehicle on the streets. It is a flying car that took its maiden flight in 1946. The Convair 116 model managed to fly sixty times. Then later, after few years, its designer Ted Hall revised it into Convair Model 118, changing the 130 horsepower engine into 190 horsepower. Convair was about to be reproduced but due to a tragedy, releasing it into the market was not pursued. Nonetheless, Convair is an amazing car that really flied on air. 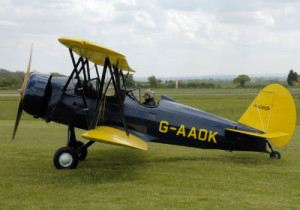 Named after rivals turned partners Curtis and Wright, the making of this flying car was inspired by ambition of the US military to go into the flying car industry.VZ-7 was designed to run through vertical takeoff first and landing. It was supposed to be flying jeep which can drive through rough roads and can run also in air.It was designed to carry small machineries on rough terrain. The vehicle has four propellers whose speed is changeable. Its pilot could change the speed of the propellers and fly the aircraft in different directions. Although the vehicle is easy to maneuver, it did not pass the altitude and speed standards of the army. Nonetheless, this VZ-7 is an awesome creation. 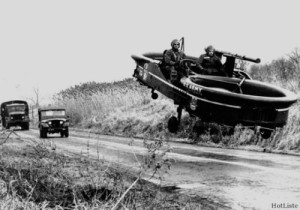 The idea behind this flying vehicle is that it should be smaller than helicopters and can be flown by even less trained people. Its creation was aimed at transporting goods and equipments over terrain. It had two large vertical propellers in front and at the back. It had wheels for ground use. Its first model is basically flat and then with various revisions, it later shaped letter V. Despite its revisions and remodeling, PiaseckiAirgeep was abandoned and was replaced by conventional helicopters. 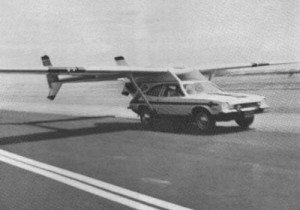 Inspired by ConvairCar of the 1940s, Advance Vehicle Engineers Companycreated AVE Mizar in 1973. AVE Mizar is conceptualized as a modernized vehicle to beat road traffic. It designer Henry Smolinski modified the Ford Pinto and combined it with Cessna Skymaster. Ave Mizar flies at 12,000 feet. Its airframe disengages at it touches the ground. This amazing car however took away its designer’s life when it crashed in September 1973. Ave Mizar is one with lethal nature but is an ambitious and amusing creation of the 1970s. 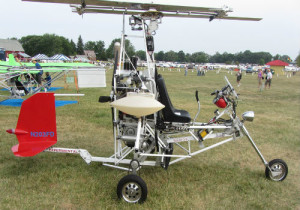 Super Sky Cycle is another revolutionalized transportation concept. It is basically what commuters want to avoid congested traffic. The awesome vehicle is a combination of a gyroplane and a motorbike.The flying motorcycle is driven by an engine that can drive at 35 mph and let the rider fly at 65mph.Its creator has been awarded US patent for the reproduction of Super Sky Cycle. Its development was criticized when its maker could not find a way how to fold the propellers as it land the ground. Later, this problem was overcome and its inventor got several orders not only from its country but from other nations as well. 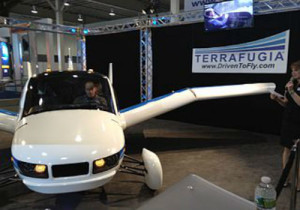 This flying car made its first flight in 2009. Its design is revised and it flew again in 2012. It had a shape of a plane. It had wings that fold in and change into an upright position while on the ground. Unlike the earlier flying cars, it flied on a faster speed at around 115 miles per hour. However, its manufacturer faced difficulties in complying with regulations. It is due to the added parts attached to it.  This problem was solved in 2010 after passing the regulations. Terrafugia Transition was allowed to fly and be reproduced for the public. Unfortunately, this flying vehicle is very expensive. 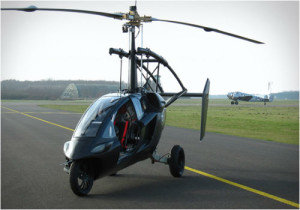 PAL-V One is a two seater car a    nd plane combined. On the ground, it is a 3-wheeled vehicle that has a cutting edge system. It flies below 4,000 feet and reaches the speed of 180kph both on the ground and in the air. On the ground, it can run as fast as a sports car. It can fly over a traffic jam. PAL-V one basically brings one to wherever he wants to go. It is characterized by short take off and ability to land anywhere. It is very easy to control andsteered. It lands safely because the rotor keeps auto rotating even if the engine brakes. 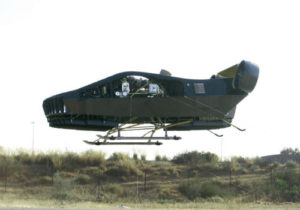 Air Mule is a flying car that is intended for rescue and search missions. It is developed as a flying ambulance by an Israeli Company Urban Aeronautics. It can runs the same speed with helicopters but with an added feature-they can go into areas which are impassable by a helicopter. It can fly on areas where navigation is challenging. Its propellers which are installed inside allow the vehicle to operate not only in open areas.  It can pass through high rise neighborhoods. It is also equipped with technological devices such as sensors that indicate flight altitude. Having all these features, Air Mule is perceived as one of the most amazing flying cars that existed.