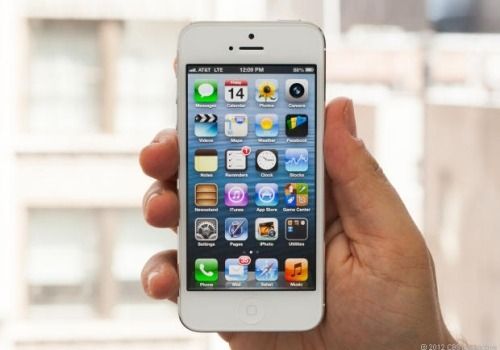 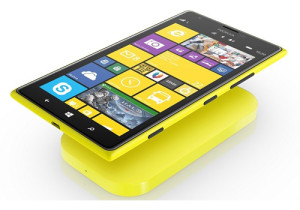 In the top ten Smartphone in 2013, Nokia Lumia 1520 is position 10. This phone comes with all the exclusive features of Windows Phone 8 like Live Tiles and People Hub. It is optimized for the big screen making the Windows Phone 8 experience even better. Nokia Lumia 1520 is fit for business. It has a built-in Microsoft Office, business application like Microsoft exchange, Office 365 and Lync as well as enterprise-level security to give you peace of mind.  It has an unmatched audio capture with Nokia rich recording and 4 built-in microphones and a highly improved sound clarity. You can take beautiful photos with it. With its high productivity, you can view and edit Word, Excel and PowerPoint files without losing any original formatting. Save documents to Sky Drive and return to them whenever it suits you. 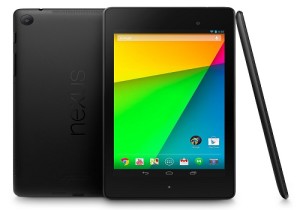 In the top ten Smartphone in 2013, Google Nexus 5 is position 9. The Nexus 5 is fast, gorgeous and stocked with features (including LTE) and it is the device for showing the true power of the Google universe and the Android operating system. It has a fast Snap dragon 800 processor, a sharp 1080p touch screen and a competent battery. You can get Google Nexus 5 from carriers in addition to the Play Store. The device works on AT & T’s network. It retains a familiar minimalistic aesthetic but looks statelier and austere with it straighter edges and sharper curves so the design is still something to look at. It measures 5.43 inches tall and 2.72 inches wide. It is thinner and lighter than the prior model and is comfortable to hold. It has a 4.95 inch Corning Gorilla Glass 3 display. Competing with the Samsung Galaxy S4 and the HTC One, the Google Nexus 5’s touch screen has a 1,920 × 1,080 pixel resolution and 445ppi. 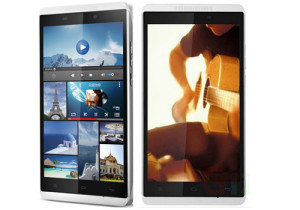 In the top ten Smartphone in 2013, Motorola Moto G is position 8. At just $179, the unlocked and unsubsidized Motorola Moto G flaunts a big 4.5 inch screen plus all the power of Android 4.3 Jelly Bean. In terms of design the phone takes most of its cues from the firm’s first, post Google takeover handset the Moto X. The soft curved edges of the Moto G make it relatively attractive and the swath of plastic feels solid and well built. It weighs 143g and has a pleasing, well balanced presence in the hand without being overbearing. It fits comfortably on the palm, providing a decent level of grip. It features a water repellent coating meaning if water gets onto it, you can wipe it out in the rain without fear of a short circuit but it is not waterproof- so no jumping in the pool with it. 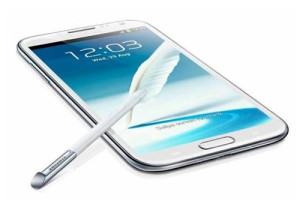 In the top ten Smartphone in 2013, Samsung Galaxy Note 3 is position 7. It is an Android phablet Smartphone produced by Samsung Electronics. It was designed to have a lighter more upscale design than previous iterations of the Galaxy series.  Samsung Galaxy Note 3 is the most significant upgrade and the first Note device. It has an S Pen interface that mainstream customers will actually want to buy. It costs $299.99 on Verizon. It has a bigger 5.7 inch full HD screen revamped S Pen features and S Note app, a thinner, lighter chassis, huge processor speed bump and a built-in news app powered by Flip board technology. It appears elegant and sophisticated than both Notes that come before it. It measures 6 inches long by 3.1 inches wide. The Note 3 has a rectangular chassis ringed with flashy faux-chrome edges that are ridged. On the back is the Note 3’s 13 megapixel camera lens and LED flash. 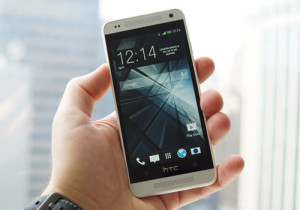 In the top ten Smartphone in 2013, HTC One Mini is position 6. This is an Android Smartphone designed and manufactured by HTC.  The HTC One Mini was designed to provide an overall experience as the same as its high-end counterpart as possible. It has a dual core Snapdragon 400 processor, 1GB of RAM and 16GB of internal storage. The screen is a 4.3-inch option, running at 720p rather than the full HD level of the original One. It uses Boom Sound for amazing audio; the Ultra pixel Camera is present and correct. The HTC has long had decent credentials, it created something unsurpassable with the One, but with the One Mini it’s come up with a decent compromise that doesn’t make it feel like you’re getting a hand me down phone. The smoothness of the back is excellent and makes one feel that he is holding a really premium piece of kit. The volume keys can be found easily. The price is also good. 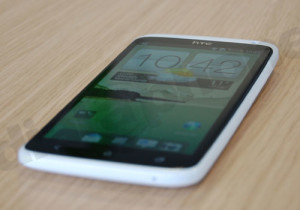 In the top ten Smartphone in 2013, HTC One is position 5. HTC One is packed to the rafters with top-notch components and technologies including some of the latest processing gear from Qualcomm. It is a beautifully crafted near-ideal Smartphone. It flaunts a stunning metal design, a powerful quad-core processor and a beautiful 4.7-inch, 1080p screen. It runs Android Jelly Bean, takes great pictures and has a feature-packed camera app. The HTC One’s screen has a denser pixel count than the Droid DNA (5-inch, 440ppi). Its display has impact, with vibrant colors, wide viewing angles and plenty of brightness. The aluminum chassis uses a zero-gap unibody design. It is available in black and silver, the handset feels sturdy, with reassuring heft and smooth metallic skin. However some of its designs like photo quality, battery life and certain elements of the device’s software were subject to scrutiny by critics. 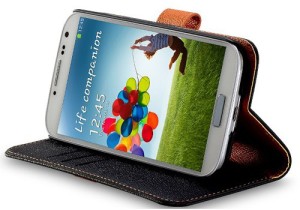 In the top ten Smartphone in 2013, Samsung Galaxy S4 is position 4. This is an Android Smartphone produced by Samsung Electronics. It was first unveiled in March 13, 2013 in New York City. It succeeds Galaxy S III. Upon release, Samsung Galaxy S4 became the fastest selling Smartphone in Samsung’s history. 20 million units were sold worldwide in two months. It has since sold more than 40 million units. About the size, it comes in at 136.6×69.8×7.9mm (5.38×2.75×0.31 inches), meaning there’s no extra heft to try to work within your palm. It has a much faster processor packed under the hood, ample storage space for media and an expandable memory card slot with 4G, Bluetooth 4.0, NFC. There is a more powerful camera. The chassis of the phone has very little flex when you hold it lightly with a faithful battery cover which conceals a removable battery and microSD slot. In the top ten Smartphone in 2013, Sony Xperia Z1 is position 3. It is a high-end Android Smartphone produced by Sony. The Z1 was unveiled during a press conference in IFA 2013 on 4th September 2013.  Unlike Sony Xperia Z, Sony Xperia Z1 is water proof and dust proof. It has a 20.7 megapixel camera. It comes with Sony’s new camera user interface dedicated shutter button and an aluminum and glass unibody design. It has a 3× Clear Image Zoom and very clear. The clean, seamless lines of Xperia Z1 are crafted in premium materials, with an innovative one-piece aluminum frame plus front and back panels in tempered glass. One can take snap underwater photos while splashing in the pool or brushing of dust. The latest Qualcomm Snapdragon makes you enjoy speedy supple responses. The apps load faster and 3D games are smoother and video plays without a glitch. You get fast access to entertainment and information while on the move with super-fast LTE/4G mobile Internet connectivity. 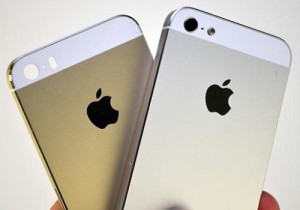 In the top ten Smartphone in 2013, Apple iPhone 5C is position 2. This is a touch screen based Smartphone developed by Apple Inc. It is one of the two successors to the iPhone 5 along with its higher-end counterpart, the iPhone 5S. It is available for $99 or less on contract and in five bright colors. Compared with the 2012 iPhone 5, it’s got more widely compatible global LTE coverage, an upgraded front-facing camera and slightly better battery life. The iPhone comes in 16GB and 32GB variations for $99 and $199 on contract, respectively or contract-free for $549 and $649. In the US, the 5C is available on all four major carriers: AT&T, Sprint, Verizon and T-Mobile. The 5C not only looks more like an iPod Touch, it even comes packaged in an iPod Touch- like jewel box with clear plastic. Inside you get the phone, a Lightning cable (with AC adapter) and pair of Ear Pod in-ear headphones with a built-in mic. 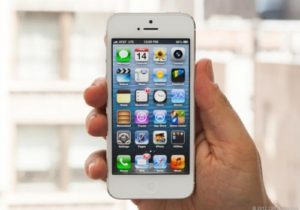 In the top ten Smartphone in 2013, Apple iPhone 5S is position 1. This is a Smartphone developed by Apple Inc. Released in September 20th 2013. It looks like the iPhone 5 and taking the shell of the previous model, it adds some new bits and pieces and then claims to be an entirely new phone. It is one of the most expensive Smartphones out there but you get value for your money. It introduced a new home button design using a laser-cut sapphire cover surrounded by a metallic ring. There is an updated camera with a larger aperture and dual-LED flash optimized for different color temperatures. It also introduced the A7 dual-core processor, the first 64-bit processor to be used on a Smartphone, accompanied by the M7. It was also the first Apple device to ship with the newest version of the iOS mobile operating system. So far it is the best Smartphone ever!