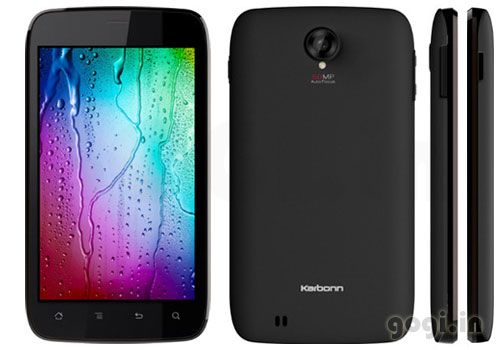 The Intrigues of Android Phones

Android phones have been dominating Smart phones and that’s the reason mobile manufacturers are developing new android phones yearly. The Motorola and Verizon are in for the chase. New designs of Android phones come up every year. Google has done it differently. It has given complimentary android phones to many game developers. Attendants of the Game Developers Conference in San Francisco were either given Motorola Droid or the Nexus to take home. Samsung also gave free Galaxy S Android Phone. T- Mobile on father’s day also offered a free Android Phone to any customer who would switch to any family plan or add a new line to an existing family plan. The Android phones marketing strategy has been going on for some time to increase sales and popularity of mobile phones. There are free Android phones giveaway offers that are being promoted by various companies. So in case you are looking for an Android Phone then browse the internet for the free offers 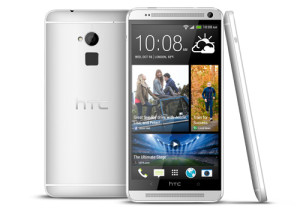 In the top ten best latest Android Phones, HTC One is position 10. The new version is yet to be announced in late March 2014 in New York and London. It bears the code name HTC One M8. It is expected to be the same vein of the 2013 model with the stereo speakers. Also we expect a second camera on the rear of the phone to aid in focus and overall quality. The HTC One codename M7 is a 2013 Phone. The Phone has a unique design not dissimilar from that of the Droid DNA. It is found in Black and Silver color options. It is one of the first smart phones to be powered by Qualcomm’s new quad-core snapdragon 600 chip which is backed up by 2GB of RAM. It has a 2300mAh battery. There is a new Ultra pixel camera assembly with a larger sensor and larger pixels. It has a new home screen dynamic based around Blink Feed, a list of social updates, news, calendar appointments and other live information. HTC One also incorporates its own TV app that works with the built-in IR sender, hidden inside the power button. 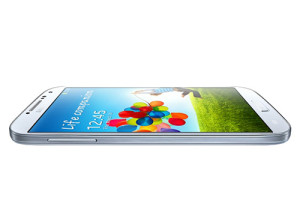 In the top best latest Android Phones, Samsung Galaxy S4 is position 9. This Phone is produced by Samsung Electronics. It was first unveiled in March 14, 2013 in New York City. It has succeeded Galaxy S III. A hardware variant of the S4 also became the first Smartphone to support the emerging LTE Advanced mobile network standard. On release, it became the fastest selling smart phone in Samsung’s history; the company sold 20million S4 units worldwide. This Phone uses a refined version of the hardware design introduced by S III with a rounded polycarbonate chassis and a removable rear cover. At the bottom of the phone you find a microphone and a micro USB port for data connections and charging. It also supports USB- OTG and MHL 2.0. Near the top of the device is a front-facing camera, along with infrared, proximity and ambient light sensors and a notification LED. It uses one of two processors, depending on the region and network compatibility. It works with 16 GB, 32 GB or 64 GB of internal storage. 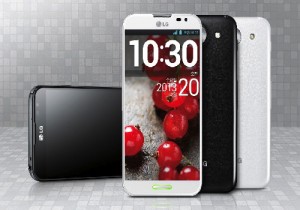 In the best latest Android Phones, LG Optimus G Pro is position 8. This phone was officially announced back in January. It comes with 5.5-inch display measuring 150.2 × 76.1× 9.4 mm and weighing in at 160g. It has a responsive touch screen so one is able to get to the apps pretty fast. Optimus’s Video playback is very impressive and the HD movies look excellent because of the large screen. It comes with a removable 3.140mAh juice pack. The camera department of this phone has a 13MPlens and single LED flash on its rear and at the front you get 2.1MP camera for video calls and self portraits. The web experience is fast because of the LTE compatibility. 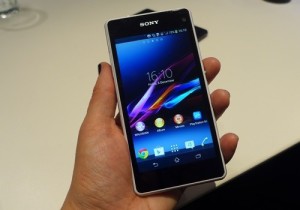 In the best latest Android Phones, Sony Xperia Z is position 7. This phone has a cutting-edge camera, a super-slim design and the ability to withstand life’s knocks and bumps. This is a phone reinvented by Sony. Sony Xperia Z comes with some of the best specs in the market. It has  a quad-core 1.5Hz snapdragon Krait processor, 13MP camera, 16GB storage, 2GB RAM, water and dust resistant, 1080p HD screen with Bravia Engine and LTE. Both the front and the back are made of high gloss glass. It is a pure magnet for the finger tips. Apart from black color it appears in white color too. The front of the phone shows the Sony logo and a front facing camera. Sony has gone for TFT albeit with 1080 × 1920 pixels, giving a pixel density of 441ppi. 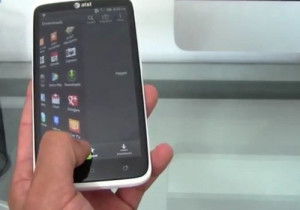 In the best latest Android Phones, HTC One X Plus is position 6. This phone has a powerful 1.7-GHz quad-core Nvidia processor and a 64GB of internal memory. The battery life is up to 50 percent more battery life. It has three capacity buttons beneath the display: Back, Home and Recent Apps. The power button is on the top and the volume control on the right side. The camera is on the back. This phone does not have a microSD card slot for storage expansion nor a user-replaceable battery. The positive thing about it is that it has a 64GB of internal storage four times that of the one X. The 1280 × 720 TFT Super LCD 2 display has bright and vivid colors. Infact it has been noted that Galaxy S III is not as bright as the HTC One X Plus. It has Beats Audio technology to enhance music and audio playback. HTC One X Plus comes with Android 4.1 (Jelly Bean) which is chock-full of great features such as Google Now. The Apps shortcuts are Phone, Email, messaging and Camera. The shortcuts can easily change. The keys on the keyboard are large for easy typing. 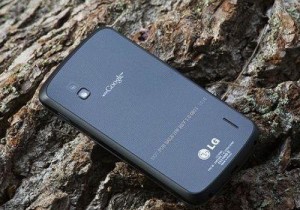 In the best latest Android Phones, Google LG Nexus 4 is position 5. This is the only handset in the market that comes with the latest version of the brands Android operating system, version 4.2 Jelly Bean. It will get the latest updates immediately as they come out. It has a 4.7-inch IPS Plus screen with LG’s Zero gap technology and 1280 × 768 resolution, a 1.5 GHz Krait Qualcomm Snapdragon S4 Pro quad-core processor, 2 GB of RAM, a Backlit 8-Megapixel camera sensor and a 2,100 mAh battery. The finishing is superb. The display on the screen is clear and you do not have to zoom. It has 4.7-inch IPS panel. You could enlarge an item by tapping anywhere on the phone. The LG’s Zero gap technology assist in removing the space between the touch-sensitive layer and the surface of the screen. The typing keyboard is effective. The Jelly Bean Google has revised and enhanced the camera interface and added Photo Sphere which takes 360° photos. 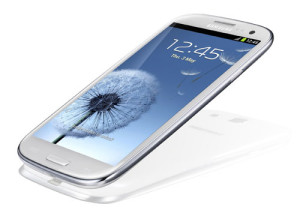 In the best latest Android Phones, Samsung Galaxy Grand Duos is position 4. It appears like a larger S III or a smaller Note. It is comfortable to hold because of the faux metal rim on the sides and the tapered back with subtle pattern. With the screen size, it does not feel thick and bulky. The rear of the device features an 8-megapixel camera with LED flash and the loudspeaker sitting adjacent to it. The right side has a power wake button and the left has the volume rocker, the bottom has the Micro-USB charging port and the headphone jack is situated at the top. The battery is the 2.100Ah with two GSM SIM card slots (one on the top left and other on the bottom right) and a microSD card slot adjacent to the bottom SIM slot. The Galaxy Grand Duos has a 5-inch TFT LCD display with decent viewing angles and color reproduction. 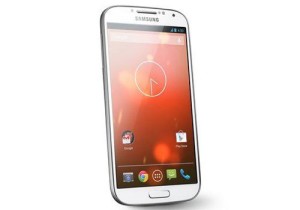 In the best latest Android Phones, Samsung Galaxy Grand Quattro is position 3. The contents of the box include: Samsung Galaxy Grand Quattro Smartphone, 2000mAh battery, In-ear earphone with ear buds, 2-pin charger, micro USB cable, and Quick start guide and warranty card. It has a 4.7-inch capacitive touch screen display at a resolution of 800 × 480 pixels and 198 ppi pixel density. There is a large ear piece above the display and a 0.3-megapixel (VGA) front-facing camera. The phone has Accelerometer and Digital Compass. The power button is on the right side. There is a tiny microphone hole on the bottom next to the micro USB slot. The 3.5mm audio jack is present on the top. The phone has a chrome finish on the sides, 5-megapixel camera on the back with LED flash. There is a speaker grill with chrome finish on the other side of the camera. The phone has micro SIM card slots and the battery compartment is made of metal. 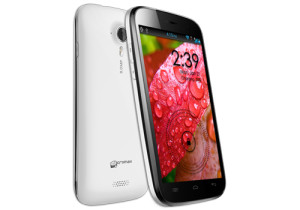 In the best latest Android Phones, Micromax A116 Canvas HD is position 2. It is a strong phone with good quality fiber body with a glossy look. The phone is sleek and thin making it attractive. The back panel of the phone is same as that of canvas 2 with the only difference of Dual LED for rear 8 MP camera. It has vibrant 12.7 cms (5”) HD IPS screen with a resolution of 1280 × 720 pixels and a color depth of 16.7million. It has a 1.2 GHz quad-core Media Tek MT6589 processor coupled up with a power VR SGX5 and 1GB of RAM making it a powerhouse of specifications. The battery is supported by 2000 mAh. It allows you 174hrs of standby time & 5hrs of talk time. The camera of Canvas HD also supports functions such as panoramic shots, Auto-focus etc. It has a microSD card slot which can increase its storage capacity up to 32GB. There is a dual SIM Support. 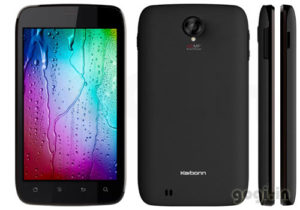 In the best latest Android Phones, Karbonn A9 Plus is position 1. Karbonn A9 Plus is an affordable feature packed smart phone. It comes with a 4” IPS display with capacitive touch feedback. The phone has 80 resolutions. The phone runs Android 4.0 Ice Cream Sandwich, powered by a 1.2 GHz dual-core processor or with 512 MB RAM. It has a 5MP camera with features such as Geo tagging, LED flash, Auto focus, burst mode and face detection. There is support of video formats such as MP4, H264, 3GP and AVI. It also supports quad band 2G and 3G networks. It lets you share data with other phones and devices via Bluetooth and micro USB 2.0. Karbonn A9 Plus has a 1420mAh battery that can provide significant talk time. It has a micro SD card slot for users to be able to expand the internal memory by up to 32GB and comes with internal memory of 2.5 GB for basic storage needs including Apps, music and Phone book.