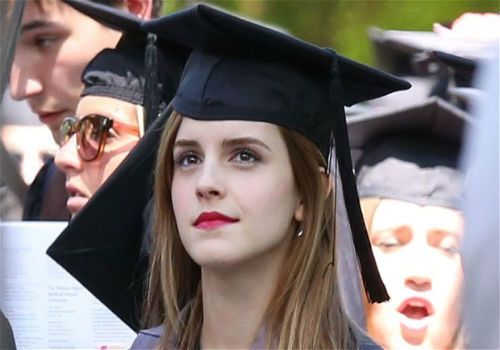 TEN FACTS THAT YOU NEED TO KNOW ABOUT EMMA WATSON

Once you hear the name “Emma Watson”, what comes to your mind? You should think about Hermione of Harry Potter Series, a beautiful celebrity, iconic, sexually appealing and many more. There are lot of words that can describe her as a famous personality. But there are some facts about her that reveals her as an ordinary person like us. Do you want to know it? Before taking reviews about her, let us have short shots about her career and her personal life.

As we knew, Emma Watson became popular in playing the role in Harry Potter movie series as Hermione Granger, one of the close friends of Harry Potter. Due to the succession of the Harry Potter series, wherein it became as one of the top films, the succession also of Emma Watson became wide. Another factor of her popularity is her angel-like face. Nobody can object that Emma Watson is so beautiful. In fact, according to BuzzFeed, she is the most flawless woman of the decade. What a praise! Also, her talent in acting makes her to be one of the most following personalities nowadays.

Now, for those who want to know her secrets about her life, we will reveal you the facts that you need to know about Emma Watson. Read carefully to amaze. 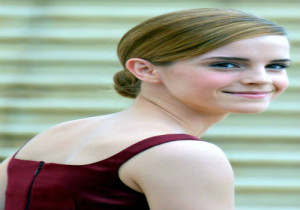 After the movie Harry Potter and the Goblet of Fire filmed and showed in different countries, Emma Watson became cover on 2005 in one of the most famous magazines entitled Teen Vogue. But take note, Emma Watson is the youngest woman who became cover of that magazine. She was only 15 years of her age. It is prove that she is so gorgeous even in her young age. It was repeated on 2007, and that time, she was with Daniel Radcliffe, and on 2009, she became covered again in that magazine. It shows that her popularity as a beautiful personality is still shining. 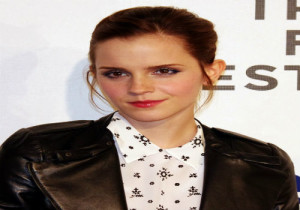 Before she moved in Oxfordshire, she was originated in Paris, France, on April 15, 1990. She was the daughter of Jacqueline Luesby and Chris Watson, both are lawyers. Unfortunately, after she became five years old, her parents divorced, making her with her mother, Jacqueline, and younger brother to move in Oxfordshire. She, at that time, visited her father in London. In short, her life as a child is not good. Even though she has a broken family, it was not her reason to stop dreaming to be a future actress. In fact, she was attended school for acting. It reveals in her experience that she is a strong woman.

8. Emma Watson in her first audition 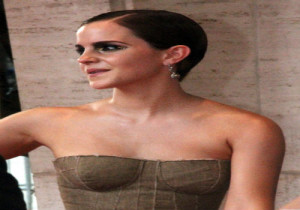 Emma Watson became famous in playing the role of Hermione Granger of Harry Potter movie series. But there is a funny fact why she became Hermione. After announcing of opening of the audition for the three main characters of Harry Potter and the Sorcerer’s Stone, she was auditioned for Hermione Granger, eight times. It is her first ever audition she took. Why she auditioned for that role? It is simple because of her friend. Her friend told her to audition as a laugh only. She was successfully accepted for the role because the author of the Harry Potter books J.K. Rowling selected her as the perfect person to play the role of Hermione.

7. Emma Watson is not ticklish 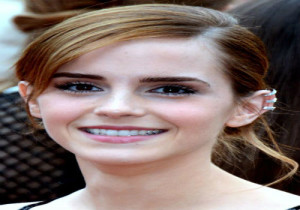 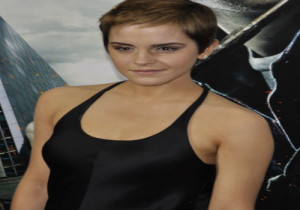 In doing challenges and activities, one of the most important things you have is the support from your parents. This is what Emma Watson has. She got supports from her parents. What is our basis for that? A wishbone. She received a wishbone from her father after she auditioned as Hermione, in a dinner. Her father told that his wish for her daughter is to accept her to be Hermione Granger in Harry Potter movie. Until now, that wishbone, according to her, was kept in her jewelry box. Maybe, it was served as her lucky charm and a memory from her father, telling that she got support from him. 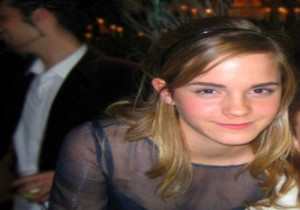 We always say that the hair is our crowning glory of our head. It means that hair is very important in our physical look. But what do you feel if your hair got accident? Maybe you will feel frustrated. That’s what happens to Emma Watson. Emma Watson’s hair is so shiny and beautiful. She got accident with her hair after her friend try to help her to dye her hair with pink colour. For her to get the dye out, she needs to wash it three times a day for a month. Maybe this thing became lesson to her to be contented on what you have. 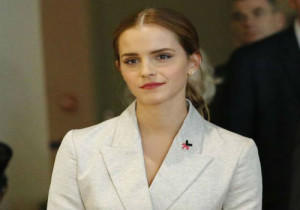 All of us have our own favourite movie. Also with Emma Watson, she has favourite films. Do you want to know her favourite movies? She loves to watch movies such as Amelie, The Shawshenk Redemption, Four Wedding and a Funeral, and Closer. Also, she likes the films Giant and Notting Hill. Why she loves those movies? She has different reasons in each movies but it is assure that she loves it because those films have their good plot. To know why she loves them, it is better to watch this for you to experience what Emma Watson feels while watching her favourite films. 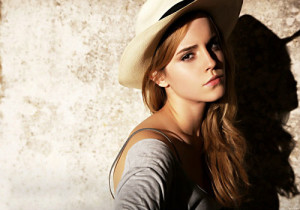 There are lot of foods around the world and they come with different style and uniqueness. Some are a little bit exotic and some are not. We have also favourite food or foods that we always eat. Emma Watson also has her own favourite. She loves anything on toast. But make sure that you must put butter on it while it is hot. She also loves Murray Mint and chocolate, the all-time favorite. The one of the most favourite foods of Emma Watson is strawberries with Nutella. A very delicious food! Do you feel hungry? Try to eat her favourite foods to experience what Emma Watson feels while eating them.

2. Emma Watson is a dancer 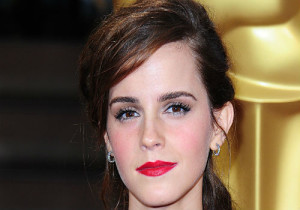 Not only acting Emma Watson is good. She has also different talents especially in dancing. She is not only an actress but a dancer also. Why do we know that Emma Watson has a talent in dancing? Did you watch the movie “The Bling Ring”? Watson studied dance moves of Beyonce for this movie and once you watch it, you will amaze how Emma Watson is so good in dancing. Also, she was attended workshops for dancing and she dances different styles including the modern styles of dancing and also, break dancing. It is why we have lots of things that can describe Emma Watson.

1. Emma Watson is an athletic 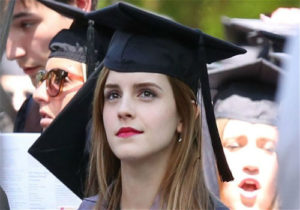 In showbiz, one of the most important things that you should maintain is your body figure. Emma Watson has a perfect figure, but she needs to maintain it. How? Simply, it is by exercising. But did you know that Emma Watson loves sports? Yes, she is an athletic girl. She likes to play different sports including sports for men. She wants those in which she can produce more sweat. But among the sports she played, her favourite to play is field hockey. Also, she sometimes joins different sports team. That is why she maintains her body figure and makes her more gorgeous.

Now, did you amaze about her? Did your speculations about her are right?