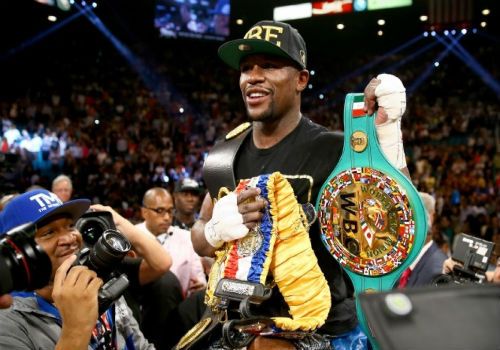 Once you hear the name “Floyd Mayweather”, what usually comes to your mind? Maybe you will answer that he is a very great fighter, the one who has a powerful punch. That’s right. He knockouts many foes using his hands and many receive his heavy punches. But how he achieved his popularity as one of the iconic and greatest boxers at all times? How he started?

The blood of being great fighter flows to the arteries of Floyd Mayweather. Why? His father and his two uncles are professional boxers. Also, instead of acting like a child, his mind became open in boxing. In fact, he never experienced a life of being a child. He was always on the gym, training hard in punching.

His life was uncommon. At his childhood life, he saw what the world is now. He saw his parents used drugs, and he experienced using it. Also, he felt the feeling of being a poor. He knew the feeling without electricity. Those things made him to have determination to be successful.

We want to know now the opponents received his power punches. Are you ready for a big fight? It is time for you to serve the ten best Floyd Mayweather’s fights. 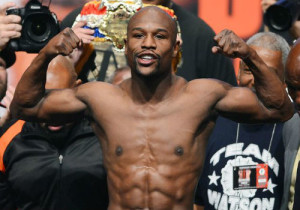 Let start our very hot countdown to our number one by reviewing the fight held on September 19, 2009, in MGM Grand, Las Vegas. Mayweather was faced by Juan Manuel Marquez, also a very great fighter. Both parties gave their best performance in the match. Both were determinate to win the victory. Mayweather showed that he has characteristics a great fighter have; speed, fast thinker and strength. Even though he did not beat Marquez via Technical Knockout, he still received the victory. In fact, Mayweather connected more punches than Marquez. That fight sold lot of ticket, making one of the bestselling fights. 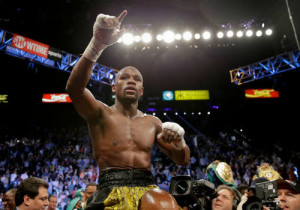 Another breath-taking fight was taken in MGM Grand, Las Vegas. It was May 1, 2010. Mayweather’s opponent, at that fight, was Shane Mosley, The Ring no. 3 pound-for-pound fighter. Both fighters are very great and they were performing very well during the fight. In fact, sometimes, Mosley’s power punches hit Mayweather. But still, due to greatness and toughness of Mayweather, he won via unanimous decision. According to Oscar De La Hoya, Mayweather was the best at that fight. 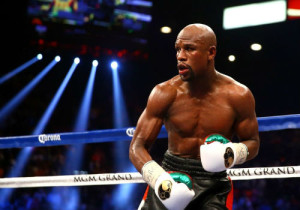 One of the most exciting fights of Mayweather is when he faced the undefeated Ricky Hatton. The fight was happened on December 8, 2007. Everyone was very excited for the fight. Both fighters were undefeated at that time, knowing who will make a score of one in the line of lose. During the fight, he showed his toughness against Hatton, resulting in an injury near at his right eye. At the tenth round, the fight became more intense, where Mayweather released different hard hooks and jabs, until Hatton was knockdown. That fight marked Hatton his lose and added for Mayweather as one of his victories. The event entitled “Undefeated” for recognizing that both boxers, at that time, were undefeated, waiting who will defeat. 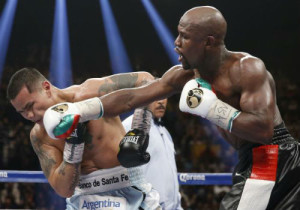 Even other boxers are very amazed on how Mayweather did to won. That fact proves after a fight between Mayweather and Jesus Chavez. It was held on November 10, 2001. This fight was the last fight for Mayweather in super featherweight championship. He shows that he still the great Mayweather of the boxing ring. He took home the victory after he won in round 9. After the fight, his opponent, Jesus Chavez, said that Mayweather is a champion, and Chavez was his number one fan. 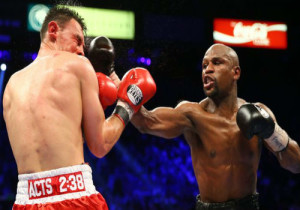 May 26, 2001. This fight marked at Floyd Mayweather’s mind. According to him, it was the one of the most remarkable fights in his career. Why? Let’s find out. He faced Carlos Hernandez for the WBC Super Featherweight championship belt. The bell ringed. Both fighters gave their best to won. At the fight, because of toughness of Hernandez, Mayweather got injuries at his hands, until the sixth round started, where Mayweather experienced his first knockdown in his whole career. Due to the unanimous decision of the judges in favour of Mayweather, he got the victory. But according to Mayweather, in his interview, he said the Hernandez is a very tough fighter, and feel disappointment to the result of his performance. 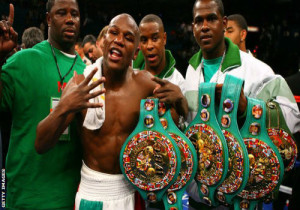 Our fifth entry was held at his hometown, in Grand Rapids, Michigan. Many, especially those Africans, expected a very great fight. It was because of Mayweather’s opponent, Phillip N’dou. It was November 1, 2003. Everyone was watching, waiting who will take home the championship belt. Due to sharp thinking and speed of Mayweather, he released hard punches to N’dou, made him to be weaker, until the seventh round started, wherein Mayweather continuously giving straight punches to his opponent, that result to knockdown in the side of N’dou. Even though he got up after that knockdown, his condition made him to stop the fight. Still, Mayweather took home the victory. 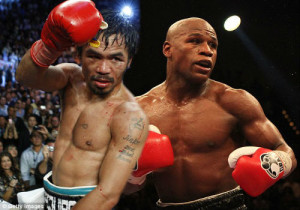 Another victory was held by Mayweather against Genaro Hernandez. It was October 3, 1998. Hernandez was, before the fight, The Ring no. 1 Super Featherweight. Hernandez is very tough, or hard to fall. So we were sure that Hernandez is a great fighter. But this fact broke when he was beaten by Mayweather in Eighth Round via technical knockout. After the fight, Hernandez said that Mayweather has a speed, power and ability. He also said that he was a true champion. In the mouth of Hernandez comes the real description of Mayweather in fight, he has an ability, speed and power, characteristics that a boxer should have. 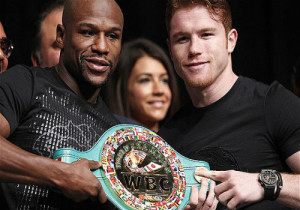 A fast fight was held on December 19, 1998 at Miami, Florida. This fight was between Mayweather and Angel Manfredy. Manfredy, at that time, was undefeated for four years, so we can say that he is tough enough for Floyd Mayweather. If we also take a short comparison between the two fighters, Manfredy has more advantages than Mayweather in terms of Physical appearance. Compare to Mayweather, Manfredy is much bigger than Mayweather, taking advantages to realease powerful punches. But it was unexpected for Manfredy’s side that he was rained by power punches of Mayweather, made him to lose in Round 2. Of course, Mayweather got home a victory via technical knockout. 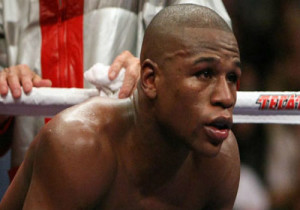 “No man can’t stop Mayweather”. That is how the fight between Mayweather and Diego Corales is all about. It was January 20, 2001. The two fighters were both undefeated, waiting who mark the first will lose. That’s right. If we take a short review about Diego Corrales, he has more advantages than Mayweather. In proving on that, at that time, Corrales ranks higher than Mayweather, both a super featherweight and as pound-for-pound fighter. At the fight, lot of Corrales’ fans never expected the performance of Mayweather. Corrales received lot of power punches and he was knockdown, not once, not twice but five times. The fight ended after the fifth knockdown, round ten. That fight marked a big lose to Diego Corrales. 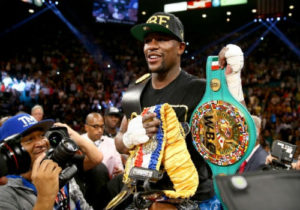 We always wanted while we are watching boxing is if our bet made his opponent knockout. That is why Mayweather became famous. He always won especially due to knockout. Our number one entry proved that this fact is right. It is June 25, 2005, a fight against Arturo Gatti. At that time, Gatti is one of the fighters of the world. In fact, in the night of fight between Gatti and Mayweather, many bet Gatti. How Mayweather won? Due to his quickness in fighting and releasing power punches, Gatti lose his title as Light Welterweight Champion. The fight stopped at six rounds while Mayweather continuously landed punches. That victory made him to be ranked as one of the best boxers in the world. The fight entitled “Thunder and Lightning”.

Do you amazed on how Mayweather performs? Mayweather is a very great fighter. Now, the thing that we should wait is to fight the one of the best boxers of the world, Manny “Pacman” Pacquiao. Is this dream fight will happen? We don’t know but we are hoping. This fight will tell who will entitle as the best boxer in the world of boxing competition.