Many actresses rose to fame but only few are worth remembering. In fact,most of the notable actresses are known even for the smaller roles they took because of their performances that live up the characters in their own way. They are also known for their kindness and approach towards the society apart from acting. They reach out to the people and do public service.

People say that everyone can act; however, not everyone can put themselves to other people’s shoes. Not all can imagine how life would be if they are in that character’s situationto know how they would act. You don’t have to have multiple personalities;you should think of how things would go and realize the consequences in different perspectives.

It is not necessary for actresses to be beautiful to perform but it is important that they have the attitude to act. Every actress should be willing to portray someone in various ways; from Aileen Wuornos in Monster to Clementianna in Snow White.

Here are Hollywood’s most popular actresses of 2013.

Julia Roberts has been considered as one of the best actresses of all time. The notable Queen of Mirror, Mirror has won 3 Golden Globe Awards for Erin Brockovich (2000), Pretty Woman (1990) and Steel Magnolias (1989) as well as other prestigious awards and nominations through the years. She is best known for her performance in My Best Friend’s Wedding (1997), Notting Hill (1999), Runaway Bride (1999), Valentine’s Day (2010), and Mirror Mirror (2012). She is currently filming for The Normal Heart at Dr. Emma Brookner.

Apart from filming, she also supports a few of charities like UNICEF. Ms. Roberts narrated Silent Angels, a documentary for the awareness of Rett syndrome, a neurodevelopmental disorder, way back in 2000. 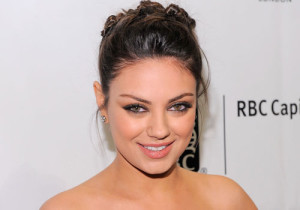 30-year-old Mila Kunis moved from Ukraine to Los Angeles with her family in 1991. She was discovered by an agent while attending an acting school then appeared to several TV series and commercials.

After gaining popularity for playing Rachel Jansen in Forgetting Sarah Marshall, she received more recognition for acting in several films such as Max Payne, The Book of Eli and Friends with Benefits. Kuniswas nominated for the Golden Globe Award and Screen Actors Guild Award for Best Supporting Actress for performance as Lily for Black Swan.

Mila Kunis will be playing for her first sci-fi film, Jupiter Ascending, co-starring Channing Tatum to be released July 25, 2014. 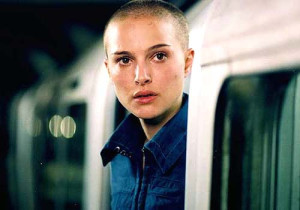 Together with Mila Kunis, she received a lot of positive responses from the critics after she starred as the Queen for the Black Swan. Natalie Portman gained mainstream success after she was cast as Padme Amidala for the Star Wars prequel trilogy that was released from 1999 to 2005.

Portman always had an interest in foreign languages since childhood making her knowledgeable in speaking French, Japanese, German and Arabic. She also took ballet classes for the film Black Swan where she trained five to eight hours of dance training per day. 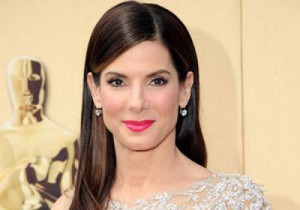 Since 1990s, Sandra Bullock has been popular on the mainstream. She is well-known for the lead role of Miss Congeniality in 2000 where she played as Gracie Hart; and for portraying the mother of a hockey player onThe Blind Side that was based from true story.

While working as an actress, she opened a restaurant named Bess Bistro and then later on Walton’s Fancy and Staple. She also runs her own production company, Fortis Films, and co-produced the George Lopez sitcom that received an exclusive syndication deal garnering her approximately $10 million.

Ms. Bullock was also listed recently to the Guinness Book of World Records as the highest-paid actress with $56 million. Aside from Miss Congeniality, she is known for her roles in The Lake House, Premonition, and All About Steve. 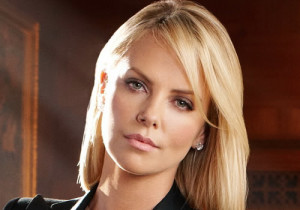 Although she was born in Benoni, South Africa, CharlizeTheron’s ancestry includes French, German and Dutch. Her last name was pronounced differently in Afrikaans so she later changed itafter she moved to U.S. to give it a more “American” sound. In 2007, Theron became a U.S. citizen while retaining her South African citizenship.

She rose to fame after playing roles for The Devil’s Advocate in 1997, Mighty Joe Young (1998) and then later on for Monster (2003) where she won different awards such as the Golden Globe Award, Screen Actors Guild Award, and the Academy Award for Best Actress. She was the first South African to win an Academy Award in a major acting category. 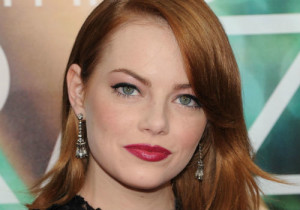 American actress Emma Stone gained wider recognition after leading the role for Easy A where she received a nomination for the Golden Globe Award for Best Actress – Motion Picture or Comedy. She also voiced for several roles like Mazie in Marmaduke and Eep for the animated film The Croods. Recently, she was chosen to portray Gwen Stacy, Peter Parker’s love interest, for The Amazing Spiderman; it is also said that she is set to play again for the same role in The Amazing Spiderman 2.

Most people may be curious with her natural hair color. Some may speculate that her hair is naturally red as it suits her best but she was naturally blonde since birth. She was instructed to have her hair color changed to red for the film Superbad then later on went back to blonde for the role in The Amazing Spiderman.

Jennifer Aniston debuted as an actress in a television series Molloy in 1990. However, she became more popular for her portrayal as Rachel Green on the TV sitcom Friends that ran from 1994-2004. In 2012, she received a star on the Hollywood Walk of Fame and was voted as the “Sexiest Woman of All Time” by Men’s Health magazine.

Among of her successes in mainstream was when she was noted by the Guinness World Book of Recordsin 2005 as the highest paid TV actress earning $1 million per episode for the tenth season of Friends. 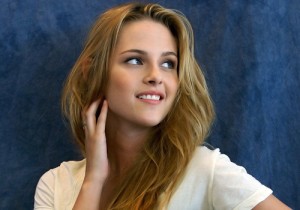 Many critics gave Kristen Stewart mixed reviews for her act as Bella Swan in the Twilight series but her fans made a stand for her proving that she’s a good actress and was able to portray the lead role of the said romance novel-turned-to-film at her best.

Kristen Stewart, born on April 9, 1990 and lived in Los Angeles, California, never thought that she would become an actress. She originally dreamed as a screenwriter and practiced signing autographs when she was young. She frequently acts as a tomboy for most of her roles such as the diabetic daughter in the Panic Room (2002) and Speak (2004) while she played in many varieties from Snow White in Snow White and the Huntsman to Mallory in Welcome to the Rileys (2010). 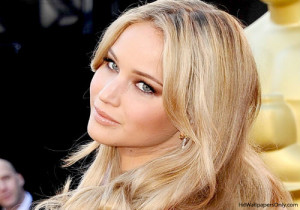 Jennifer Lawrence has been around for several years before she received worldwide recognition as KatnissEverdeen in The Hunger Games (2012), the film based on the novel of the same name by Suzanne Collins. She also appeared in the independent films The Burning Plain in 2008 and Winter’s Bone in 2010 by which she received a lot of nominations such as the Golden Globe Award and Screen Actors Guild Award for Best Actress. She was able to nail the Academy Award for Best Actress after she played the role as Tiffany Maxwell in Silver Linings Playback in 2012.

Aside from the films mentioned, she is known as Mystique in 2011 film X-Men: First Class. She is noted as the highest-grossing action heroine and one of the 100 most influential people in the world.

After winning an Academy Award, two Screen Actors Guild Awards and three Golden Globe Awards, Angelina Jolie became the highest-paid actress for so many years as noted by Forbes. She is well-known for most of her roles such as Lara Croft in Tomb Raider (2001), Mrs. Smith in Mr. & Mrs. Smith (2005), Salt (2010) and The Tourist (2010). Other than that, she is very popular for her full lips and tattoos that inspired many people to follow her and went through the knife.

She is currently (not to mention happily) married to Brad Pitt and lives with their three biological and three adopted children. Recently on February 16, 2013, Angelina Jolie undergone double mastectomy for the fear of 87% risk to have a breast cancer.