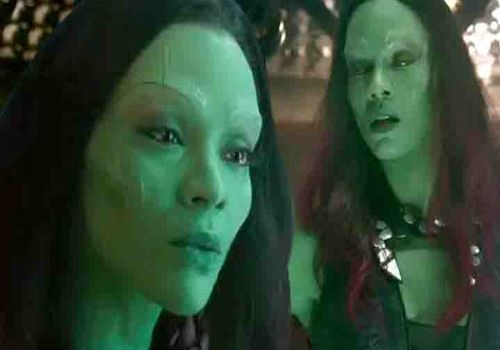 If you’re into sci-fi superheroes, you’ll definitely want to catch up with this. Another thing that would make you want to grab some popcorn and watch this movie is the fact that it was made by Marvel Studios! This is none other than the latest film which hits the cinema, The Guardians of the Galaxy!

The Guardians of the Galaxy is actually the tenth film in the Marvel Cinematic Universe which was premiered in Hollywood on July 21st, 2014. However, it was released worldwide on August 1st, 2014. The film was definitely successful with a total gross of $421 million worldwide. With this, the fans will officially expect a sequel scheduled to be released on July 28, 2017.

The Guardians of the Galaxy was produced by the president of Marvel Studios, Kevin Feige. It was directed by James Gunn and the screenplay was by James Gunn and Nicole Perlman. Actually, the budget for this film was $170 million but it hits the box office with more than $421 million.

The Guardians of the galaxy is about a group of criminals who have to save the galaxy from its evil enemy. The film was starred by many well-known personalities with their great character roles. Here are the top ten of them: 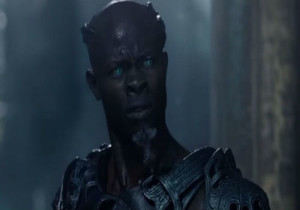 Starting from the tenth position, Beninese American actor and model Djimon Hounsou owns this spot after portraying the character of this superhuman Korath.

Korath The Pursuer is actually a member of the alien Kree race which came out from the experimenting of cyber-genetic engineering process. He has an extraordinary strength and abilities, as well as durability and stamina. Korath can also Psionically locate individuals by tracing their brain patterns. He is also a character, playable in the arcade game way back in 1995 entitled Avengers in Galactic System.

In the movie, Korath was portrayed by Djimon Hounsou. He is the subordinate of Ronan the Accuser who heads Morag. 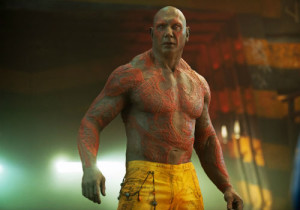 Landing number 9 was a character played by the former WWE star, Dave Bautista. He actually plays the role of Drax the Destroyer in the film, The Guardians of the galaxy.

Dave Bautista seems to enjoy Drax the Destroyer that much that he could even compare himself to the superhuman character. He even said, “”I can just relate to Drax so much it’s not even funny. Just the simple things that we have in common. Simple things like the tattoos, the tragedy – because you know, I had a bit of tragedy in my life as well. So it’s really easy for me to pull from that.” Bautista also said that there is “a lot of comic relief to Drax.” 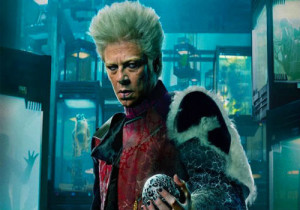 Owning the eight spot as another best character in The Guardians of the Galaxy was portrayed by Puerto Rican actor and film producer, Benicio del Toro who was known for his portrayal of Taneleer Tivan / The Collector.

Director Gunn had appreciated Del Torro’s portrayal of the Marvel character. “He’s like an outer-space Liberace (American pianist and entertainer). That’s what it says in the script, which he’s kind of doing,” the director stated. On one hand, Del Torro also commenced his director by saying, “What James wanted that I found out little by little as I was doing it, is that he wanted me to explore and just keep pushing the character and keep creating [him] as I was in front of the camera.” 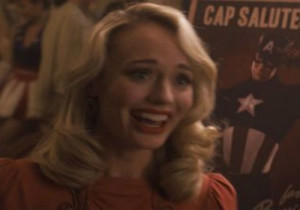 Number seven for this chart is none other than the beautiful Laura Haddock who was known for his portrayal of Meredith Quill, Star Lord’s mother. Just so you know, he had also been in the movie Captain America: The First Avenger and played Autograph Seeker.

Haddock may seemed to enjoy his role in the film thought it wasn’t that really major. “It was one of the most brilliant jobs because it’s huge! My part is very personal, very important to the story, but quite a small part. But still very important certainly to Star-Lord’s journey,” she said. 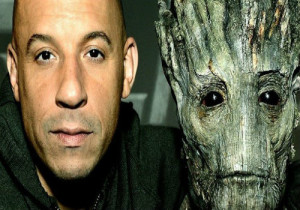 According to the director James Gunn, Groot is the sweetest and the most innocent among the other characters in The Guardians of the Galaxy. If the other humanoid are completely bastard, Groot is actually pretty lovable though he was completely a hundred percent deadly. Well, behind that tre—like creature is the oh-so charming Vin Diesel, who wouldn’t love him, too? 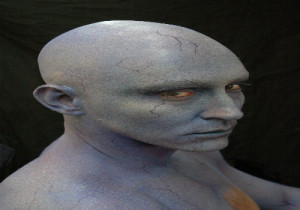 And now we’re down to half of the top ten characters in Guardians of the Galaxy. Owning the fifth spot is none other than Ronan the Accuser. The Kree was portrayed by Lee Pace who also auditioned for the character of Peter Quill before. According to the American actor, Ronan the Accuser was both a psycho and a monster.

Director James Gunn also stated that Ronan the Accuser was actually a rogue. “He is the primary villain, and he is a really twisted guy, he has a really religious bent in this film. He has a very sick and twisted view of what morality is; strength is virtue and weakness is sin and that is what he lives by, and I think he is very scary because of his beliefs, which are real to him,” he stated. 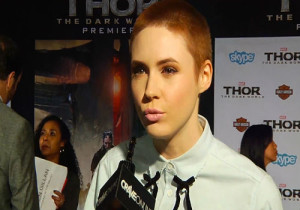 Number four on this chart is the adopted daughter of Thanos, Nebula! She was portrayed by the beautiful Scottish actress and former model, Karen Gillan.

According to Karen Gillan, Nebula is “the female villain of the film … She is very sadistic and evil.” She also continued, , “I think she’s a really interesting character. What I like to play around with is how jealous she is. She’s Gamora’s sister, and there’s a lot of sibling rivalry. That’s the most interesting aspect to me, because jealously can consume you and turn you bitter, and ugly. And she’s a total sadist, so that’s fun too.” 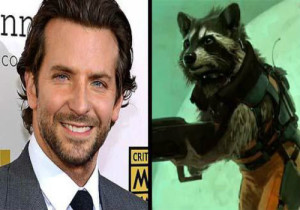 The director James Gunn had really worked with real life raccoons to make this character realistic, without making it appear like a character. According to Gunn, “no one else in the universe is quite like him, he’s been created by these guys to be a mean-ass fighting machine. On one hand, Bradley Cooper also has his own view about the character. “I think Rocket is dynamic. He’s the sort of Joe Pesci in Goodfellas guy,” he said. 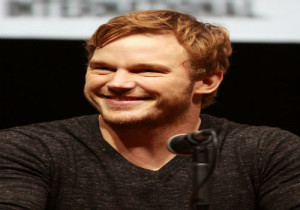 Second among the best in this chart is none other than the half-human, half-alien Peter Quill or also known as Star-Lord. He was actually portrayed by the American Actor, Christ Pratt.

Pratt also gave his own remarks about this star character in Guardians of the Galaxy. “He had a hard time as a kid, and now he goes around space, making out with hot alien girls and just being a rogue and a bit of a jerk, and through teaming up with these guys, finds a higher purpose for himself,” he stated. According to him, Peter Quill is like the character of Han Solo and Marty McFly combined. 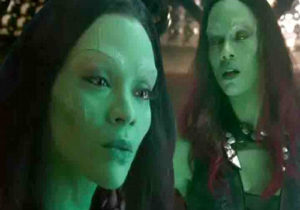 And finally, we’re down to the best and number one in this chart of top ten characters from Guardians of the Galaxy. Topping this countdown is none other than Gamora, an orphan from an alien world trained Thanos to be his personal dispatcher. Gamora was placed by the American actress and dancer, Zoe Saldana.

According to Zoe Saldana, Gamora is “…a warrior, she’s an assassin and she’s very lethal but what saves her is the same thing that can doom her. She has a sense of righteousness. She’s a very righteous individual.” Way back during the pre-production, Saldana was so excited to begin with in this film.