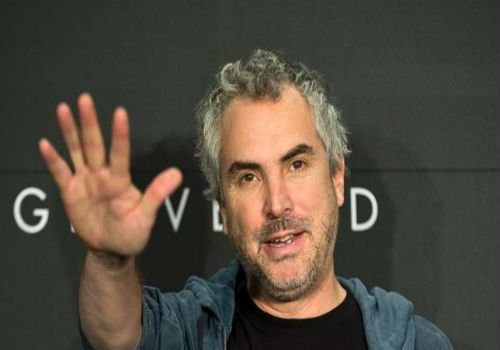 This blockbuster movie hit made its big premiere by opening this year’s 70th Venice International Film Festival, held last August 2013. This Bullock-Clooney film is directed, co-written, co-produced, and co-edited by Alfonso Cuaron. Talk about wow! This man surely is talented. Developed by Cuaron and his son at Universal studios, it later went on to become the property of Warner Brothers. The film auditioned many leads, from one actress to another, then finally Sandra Bullock. The male was no better, it struggled to choose who’s playing who, first choice was the current Ironman, Robert Downey, Jr., and then finally the part went to George Clooney. Upon its premiere, the film received vast praises, from its acting how it was directed, produced, the effects, the screenplay, cinematography, and many more. Praises were not only given by its audiences, but also from the Hollywood critics as well. Rotten Tomatoes, Metacritic, and Cinemascore, they all gave the movie a 98% and A- rating. Not bad eh? Gravity proved that they are not a blockbuster disappointment. This movie is surely one to beat, not only its reviews, but also its cast and crew. Of course, a movie wouldn’t be a sure fire hit if not of its hard working and talented cast and crew. To make a movie this big and acclaimed, there has to be something about its creator, actors, and crew. So, which cast or crew did its best? Which one made an impact to the movie? Which one paved the way towards success? Which one did their best in their line of work in order to take the movie to the top? Read on, and find out! 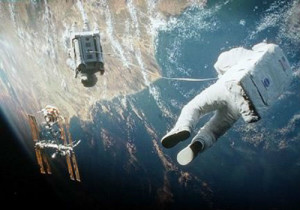 Known to have been responsible as being casting director of hit movies such as, The Harold and Kumar Escape From Guantanamo Bay, The Smurfs, Yes Man, Real Steal, Emmy Award-winning, HBO film, Game Change, and last year’s critically acclaimed terrorist movie about Osama Bin Laden, Zero Dark Thirty, and not to mention, the new president of the Casting Society of America (CSA). This is his second as being the organizations president, after he served as its president in the years 2004-2006. If you’re a director or a producer, about to make a movie aiming to be a big hit, this man is the man you go to. As an Emmy Award-winning casting director, Richard Hicks has now four projects under post-production, another batch of movies and series to watch out for. Gravity sure was in the right hands! 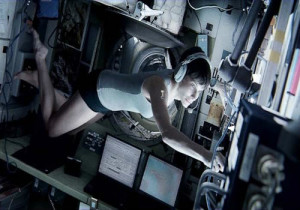 Next up is the guy responsible for editing the film, giving it a little extra, is one of Hollywood’s popular film editors, Mark Sanger. He is responsible for editing films, films who have also been a blockbuster, his works include, two of the three Mummy series, The Mummy, and The Mummy Returns, also two of the James Bond movies, The World Is Not Enough, and Tomorrow Never Dies, and of course the very popular and cute movie, 102 Dalmatians. Not only is Mark Sanger talented on the film editorial area, he was also notable for his works from the popular movies, Alice In Wonderland, the man in skirts of Troy, again, another James Bond movie, this time, Die Another Day, Charlie and the Chocolate Factory, and Sweeney Todd: The Demon Barber of Fleet Street. With all his renowned projects, and now as film editor of the latest blockbuster hit, Gravity, Mark Sanger has been dubbed as one of the contenders as best film editor in the up and coming Academy Awards. 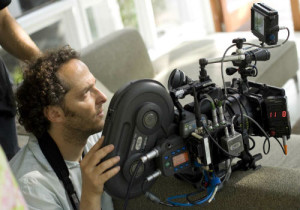 Another one in the limelight line for this blockbuster movie is five time Academy Award nominee for Cinematography, Emmanuel Lubezki, nicknamed as “Chivo” for his exemplary works, and unique skills in the photography and cinematography. Member of the ASC or the American Society of Cinematographers, Lubezki has worked with one of Hollywoods most popular as well, From Brad Pitt, Mike Myers, Will Smith, and Jamie Foxx. In year 2006, he won Best Cinematography award for his work in the Children of Men, and after his work with The Tree of Life, he won ASC’s Outstanding Achievement in Cinematography. 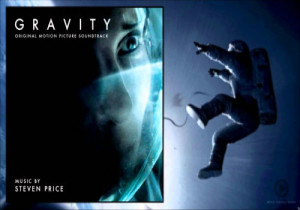 As young as he is, another one in the brood of legends for the blockbuster hit Gravity is one of film industry’s talented composers, Steven Price. Arguments set aside, there is no doubt this talented composer is really meant for the job, and he has done exemplary work in past blockbuster hits as well. His works include two of The Lord of The Rings trilogy, The Lord of The Rings: Return of The King and The Lord of The Rings: Two Towers. He was also responsible for the very unique and creative music in the movies, Nanny McPhee Returns, Scott Pilgrim vs. The World, Johnny English Reborn, and one of music history icons bio epic, Marley, the story of Bob Marley’s life and career. One of his greatest achievement so far was winning a Grammy Award for the album 21. 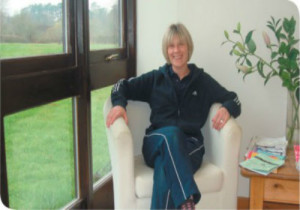 On our top 6, also one of film industries most talented is Nikki Penny. Just link one of her co-workers in Gravity; she has also finished films that are well acclaimed by fans, and film critics. Prince of Persia: The Sands of Time, Clash Of The Titans, Charlie and the Chocolate Factory, Sweeney Todd: The Demon Barber in Fleet Street, Troy, and Harry Potter and the Chamber of Secrets are only a few of her many works. She has been nominated in the Visual Effects Society Awards for her work in Charlie and the Chocolate Factory and Nut Room. 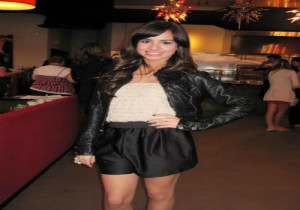 Second lady in the group and known to have worked alongside Gravity’s director Alfonso Cuaron, this lady has also done her job as well. Her works include popular flicks like, Year of The Nail, Pan’s Labyrinth, and Children of Men. Although not as popular as her co-workers in Gravity, her experience through the years has contributed well to the movie. She has worked with Cuaron for some his projects, meaning he must really trust her skills and talents. She opted to stay away from the limelight and just let her opinions, talent, and skills do the talking. 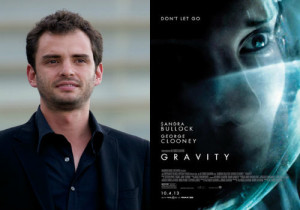 Not bad, as being the son of the director! Trying to prove that his skills are as good as daddy’s, he co-wrote Gravity with him while the movie was still in the hands of Universal Pictures. He won the Special Artistic Achievement Award during the Thessaloniki Film Festival on 2007 for his work in Aña Uño. He was also nominated for the Golden Alexander Award in the same year also for his work in Aña Uño. Pressure was on, especially because he was the son of the director. After the release of Gravity, he hoped that it would pull out audiences, stating that, “It’s a ride”. 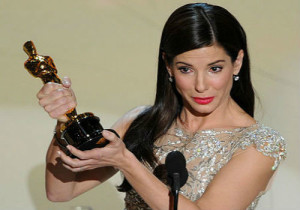 Playing the part of Ryan Stone is none other than, one of Hollywood’s sweetheart, Sandra Bullock. As of film industry’s most humble women, Bullock’s achievements certainly are a contributing factor to the film. Not only is she really witty, and funny, she is talented as well. Well, you would win best actress if you are not talented. She won the best actress award of the Golden Globes, she also won the award for the most Outstanding Performance for a Female Actor in the Screen Actors Guild Awards or SAG, and last but not the least, she also won best actress in the Academy awards. Need I say more? Told you she is humble! She now has her own star in the Hollywood Walk of Fame, and she is on Guinness Book of World Records highest paid female celebrities of year 2012. Talk about achievements! 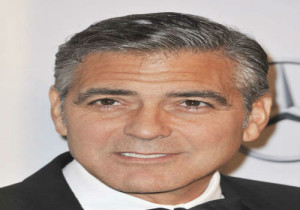 Let’s set aside all the gorgeous women that he has dated, and let’s also set aside the fact that he is the worst Batman ever, George Clooney has earned his spot as the film industry’s most talented actors. Some proof? In his career, he has a total of three Golden Globes, all best actors, and a total of two Academy Awards, one for best actor, and one for being a producer. Now, what do you think about that? Not only is Clooney one of Hollywood’s bachelor, and Hollywood’s achiever, he has also done some humanitarian work, just like actors Brad Pitt, and Angelina Jolie. He gives his support and help to the people of Haiti, he was also active, in rendering his service during the 9/11 attack, Tsunami that occurred in year 2004. Together with some actors and actresses, he has helped raised funds for some charities in this events and places, to offer help and shelter to the people affected. 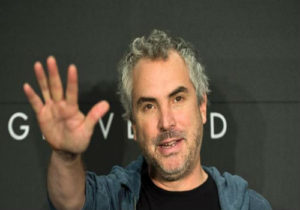 Saving the best for last, is the film’s director, co-writer, co-producer, co-editor, Alfonso Cuaron. He is one of the best Mexican directors in the film industry. His best works include, A Little Princess, One of the Harry Potter series the third of the seven movies, Harry Potter and the Prisoner of Azkaban, Children of Men. With a parade of achievements, no wonder this film turned out to be an epic success. One of his many awards include, winning three Academy Awards, a whopping seven, yes seven, BAFTA awards, two Independent Spirit Awards, and four Venice Film Festival awards. This man right here deserves to be on top of the list. Congratulations for a job well done on “Gravity”!