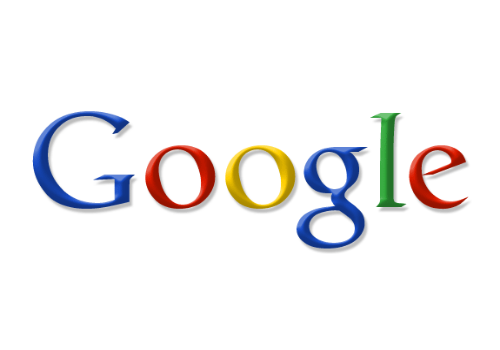 There are so many sites and each one is competing for traffic. It is not easy to be ranked in the top ten, it takes a lot of effort. Those sites that have listed in a directory listing are the ones who are on the top. This is because they have higher traffic by the clicks on ads, have huge page revisits and reloads, make better the search engine ranking for the keywords. So when they are being ranked, they check the traffic ranking that is, the websites world reach, the number of pages viewed and the number of times the web is used. Global reach is also considered where the percentage of those who use the internet is calculated and Page views worldwide where the number of page views in a site is calculated. They also look at the number of links directing users to other web pages. In summary we can say that ranking is done based on how many people visit your site every day for the past three months. 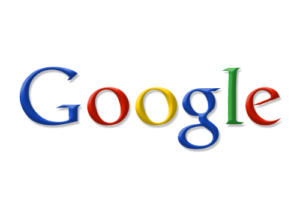 In the top most popular sites 2013, Google is ranked position one. It an American multinational corporation with specialities in internet related services and products. It was started by Larry Page and Sergey Brin who were PhD students at Stanford University. Google has a lot of things. There is search, Cloud Computing, Software and On-line Advertising technologies. Most of the profile in Google is got from AdWords. Because of the drastic growth, many products like Online Productivity Software e.g email, an office suite, social networking, desktop products have been unleashed. Google gets 1 billion requests and runs 1 million servers. Alexa, in 2012 listed it as the most visited site in the world. Google also has other sites in other languages. Since 2001 has acquired many companies, You Tube being one of them. Its Products and Services include advertising and search engines. In advertising, it has received $10492 billion of advertising revenue In the search engine it is active in US market. 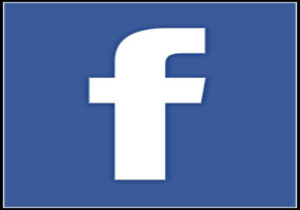 In the top most popular sites 2013, Facebook has been ranked position two. The name Facebook is a colloquial name derived from a book given to students at the beginning of the academic year in the American Universities. Facebook is a social networking site whose aim is to connect people by sharing photos uploading photos, sharing links and keeping up with the lives of your relatives and friends. It was started in 2004 by Mark Zuckerberg and his college roommates at Harvard University. Before it was only used by Harvard University students but later they allowed other colleges to use it. For one to have a Facebook account you must register first, create a profile then add other users as friends, begin sending messages and receiving notification any time you update your profile Facebook is ranked position two because of the number of visitors, visiting its site. As from September 2012, it has had one billion active users. Worldly, Facebook has 665 million active users with an income of $5.1 billion. 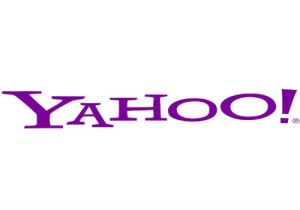 In the top most popular sites 2013, Yahoo has been ranked position three. It is a multinational internet corporation with its headquarters in California. Yahoo was founded by Jerry Yang and David Filo in January 1994.Yahoo has many search engines and they are: Yahoo! Directory, Yahoo! Mail, Yahoo! News, Yahoo! Finance, Yahoo! Groups, Yahoo! Answers, advertising etc. Yahoo is ranked position three because it is the most popular site in United States and also about 700 million people visit the website every month. Yahoo is in more than 30 languages and a half a billion of its visitors, visit it every month. Yahoo has a portal that provides current news, sports and entertainment. Its products and services are wide. There is the Storing Personal Information and Tracking Usage, Communication where we have Yahoo Messenger and Yahoo Mail, Contents which has Yahoo Sports, Finance, Music, Movies, Weather, News, Answers and Games, Mobile services, Commerce- Yahoo shopping and Advertising. 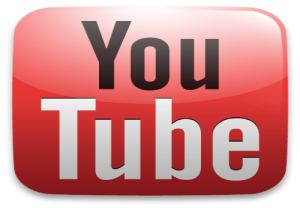 In the top most popular sites 2013, You tube is ranked position four. You Tube is a website for sharing videos. It was founded by three friends, Chad Hurley, Steve Chen, Jawed Karim In February 2003. The three are former employees of PayPal. Surprisingly You Tube is one of the sites owned by Google. Google owned it for $1.65 billion since 2006. You Tube allows users to upload videos, view them and share the videos with friends and relatives. This is done successfully because it uses Adobe Flash video and the HTML5 technology. You tube allows anybody to upload contents only if you are a registered member for unregistered members can only view the videos alone. Since it is open to anybody, You Tube has managed to restrict the age viewing its content to 18 and above only. You Tube has noted that in a day about 60 hours of new videos are put in You Tube and majority come from other countries of the world. In a minute 800 million visitors, log into the site. You Tube has changed over the time and in December 2011 a new model of the site was launched and logo changed. It has also introduced 3D videos. Some Smart Phones, Android, iphone, ipod and Apple TV can access YouTube. 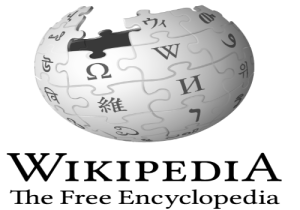 In the top most popular sites 2013, Wikipedia is ranked position five. It is free encyclopaedia that is web based and is funded by the Wiki Media Foundation. Began in 2001, Wikipedia is written in English. As of now there are 4,321,934 articles on the site. The information in the Wikipedia is posted by anybody and nobody knows them. They are volunteers and nobody pays them. Wikipedia gives one information on news, profiles and items. Therefore it is a reference website. It is easy for anybody with internet to write and make changes to Wikipedia articles. Wikipedia runs under 5 pillars and everyday changes are made by thousands of people of all ages and cultures. They can edit or add photos, reference and articles. There are 77,000 contributors to the website. 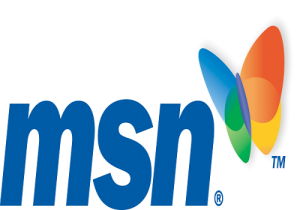 In the top most popular sites 2013, MSN is ranked position six. MSN is a Microsoft network. It is a group of internet sites and services put by Microsoft. These sites cover Movies, Music, TV, Comedy, Video, Entertainment, Weather and Job Search. MSN was once an online service for Windows 95. In the late 1990 Microsoft used the name MSN to make some web services sell. It was the 17th most checked site in the internet. It all began with an idea of a dial-up online content service. There was an MSN Explorer program that was offered to MSN internet Access subscribers. 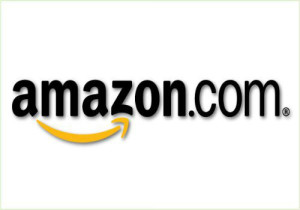 In the top most popular sites 2013, Amazon is ranked position seven. Amazon is a multibillion dollar company with its main offices in Seattle Washington. Amazon is known as an online shop not a wholesale shop but a retail shop. It began as an online bookstore but it has soon changed to sell DVD’s, VHS’s, Videogames and many electronics. Amazon is rated highly because apart from the many visitors to the site shopping, it is also fast and efficient. Amazon updates its site after every hour. It makes them know which items to put because the items they post normally sell very fast. For competition purposes, it does not show the public, how much an item has been sold. It is only degraded for exposing its workers to poor working conditions like working in a room that is suffocated. 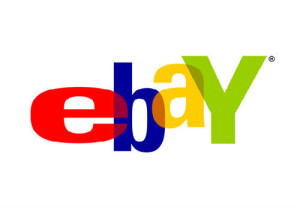 In the top most popular sites 2013, Ebay is ranked position eight. Ebay founded in 1995 is an American multinational internet consumer which deals with sales. Ebay makes visitors to the site to buy and sell different kinds of goods through auction. Ebay is listed in the top ten because many businesses and people are selling properties or buying through auction. At times your business can be abused by people who are rather joking to post funny items for sale, like a man auction one of his organs. Because of such behaviours, ebay came up with a list of items that they do not allow to be auctioned, things like firearms, used underwear, human body parts and any items that they feel not right for the public. The items auctioned on ebay are, computers, vehicles, furnishing, décor appliances etc. Monthly visitors to ebay are 210,000,000. In compete it is ranked 8th, quantcast it is ranked 5th and Alexa, it is ranked 9th. 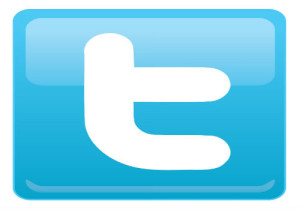 In the top most popular sites 2013, Twitter is ranked position nine. Twitter was created in 2006 by Jack Dorsey in March and Launched in July. Twitter is an online network service where relatives and friends meet and chat, exchange ideas or learn from each other. Twitter is rated among the top ten because a number of visitors, visiting the site are about 340 million daily. Tweets are the messages posted on Twitter. Users not only converse with friends and relatives but also seek for information. Something peculiar about Twitter is that even those who are not registered members can read Tweets. The registered twitter members can post tweets even for mobile gadgets. Twitter has gone through a number of changes with the logo and the phase for example a new twitter was unveiled from September to October 2010 and there were new changes like viewing photos and video on twitter page. Twitter is now identified by the bird as its logo instead of the word Twitter. Twitter visitors have the ability to block those who are tracking them. Twitter has mobile apps for the latest smart phones, iphone and Blackberry. Twitter has raised over 860 million from venture growing funding. 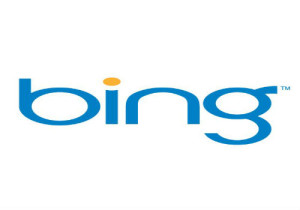 In the top most popular sites 2013, Bing is ranked position ten. Bing is a search engine that brings people in the social network together by spending little time searching. It has 145187 numbers of sites that are linked to it. Some of the sites are Wikipedia.com, msn.com, Microsoft.com, ask.com, statcounter.com. Bing is a website engine got from Microsoft. It was started on May 28, 2009 by Microsoft CEO Steve Ballmer in San Diego. Over the years Bing has entered into deals with other sites and in October 2011, it promised that it would bring faster and more useful search results. In May 2012, it again promised to make another progress in the search engines.