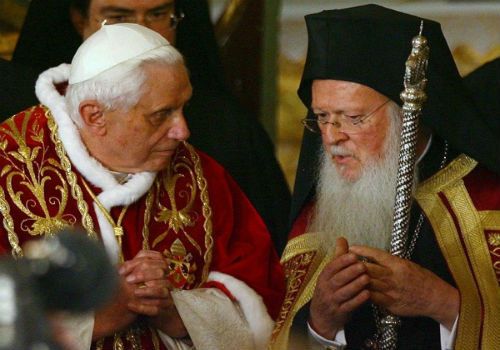 In today’s generation the Byzantine Empire is not that famous. It is basically because the name Byzantine is no longer existing or frequent use. The Byzantine Empire is also famous in history because they conquered several cities, empires and countries during their reign. Over a thousand years, this empire was continuously patronized, active and famous. They maintained tradition, belief and cultures of Western Europe. Without the existence of the Byzantine Empire, the western Europeans might be conquered by Islamic invaders due to barbarism. But before that happens, Byzantine Empire protected the Western Europe ignites the birth of the Renaissance. The capital city of Byzantium is the Constantinople or now known as Istanbul. The Constantinople was considered as one of the richest city in that century because of product trading.

In histories, almost all of the majority empires existed centuries ago were successful, but then had faced a painful fall out. Just like what happen to the Byzantine Empire. Knowing that Constantinople is one of the richest cities many invaders were attracted to conquer them, but still no one succeeded at first. But because of the civil war and the death of Andronikos III, the reign of Byzantine failed giving the victory to the Ottomans.

10. Origin of the Empire’s Name 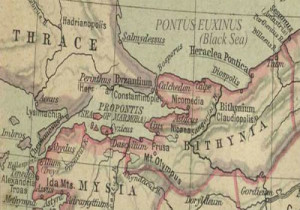 In talking about the origin of a name, myths and facts will pop out in the news, books, and with today’s generation with the internet.In the case of the Byzantine Empire the most famous story about its name was created in 660 B.C. Just like any stories the name of a place is named after the discoverer. This time a Greek citizen named Byzas explored and travelled along northeast across the Aegean Sea. Before his journey he consulted the oracle of Apollo about his search of a new municipality since Greece seems overpopulated. And then out of nowhere the Oracle whispered “opposite the blind”. At first questioned is all in his mind about the riddle given to him. As his travel he found the place he has been searching for and called it Byzantium. 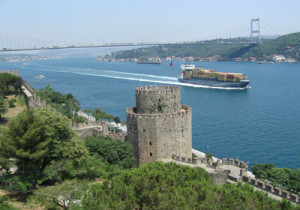 In every place, politics is a normal event; either invading or defending still the moment a battle start, politics will always be the main root of it. The Byzantium has been in several battles, battle for independence and freedom. Sometimes they fail, but later on regaining what is right for them. The Byzantium is famous with their battles not because they are strong, but because of their strategic location, that connects Asia and Europe. Byzantium has a great fishing port between the Mediterranean Sea and the Black Sea. Because of its natural resources, many have tried to invade them. One of which is the Persian, Spartan, Athens and even Alexander the Great. Some of them succeeded, but later on fighting against other invaders.

8. The Byzantine Empire Is Born

Every empire has its own back story. Just like with what happen last 324 A.D. The emperor of the west known to us as Constantine I defeated other emperors of another empire. He became the first Christian emperor to rule over other empires. During his reign Christianity didn’t become the sole religion of his people, but it is considered as the most influential. Knowing these citieswas built and established during his ruling, including the city of Constantinople. The construction wasn’t too easy, obstacles and challenges come on itsway, but the emperor survived the triumph and made Constantinople as the capital of the Byzantine Empire. This was a new era, a new civilization was born.

7. The Split of the Empire 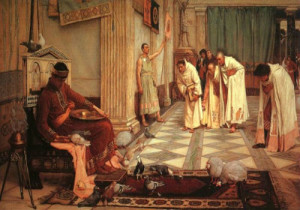 Being the most influential empire of that Century many asked the main reason of its fall down. Researchers and historians meet on a corner about the splitting of the empire as the sole reason why the Roman Empire no longer exists. It was split not because of the arguments and war, but dividing it according to their blood and rulers. Somehow each ruler has different views and approach towards an empire. As a result, coalition of empires two empires begins and diminishes the power of Roman Empire. Some empire, rule over other empires while others remain below. Definitely that century isn’t just about ruling, but also surviving.

6. The Golden Era of Justinian I 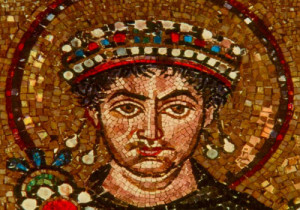 From the word itself, a golden era means a prosperous ruling. Justinian I had changed the way empires has been living and fighting. This era made the Byzantine Empire, famous and popular because of its architecture, arts and music. Aside from that Justinian I constructed and implemented the Justinian Code.The code consists of rules and provision for the empire and its people. Simply, the code provided the prosperity of its nation. One of the most remarkable establishments built in this era is the Hagia Sophia, which until now is one of the largest and impressive churches around the world. Certainly the sole proof of a successful era is when your work is still remembered even if time passed.

5. The Greek Element Takes Over 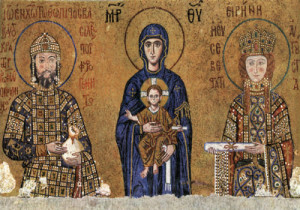 In 610 A.D Heraclius takes over the Byzantine Empire. This is where the influence of Roman Empire starts to diminish. The change starts from culture to language and up to its Byzantine army. At first, things weren’t so easy, many have opposed, but later on embraced the so called changed. The Roman legion still exists, but with a very minimal influence and effect. In 650 A.D. it was said that the majority the Byzantine population has a Greek cultural background, culture and beliefs starts to change even if the rulers are coming from your own race or not. Still, what matters to that era is the survival of its empire. 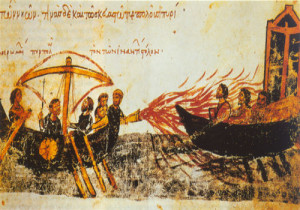 Battles and wars are quite normal in this Empire, not just because they need it for power, but also for their own survival. The Byzantine Navy is the first to employ and use the Greek fire. If in our generation cannons and guns are the main weapons, back in that century the Greek fire is the most lethal. Many of their opponents and enemies tried to replicate this method still many didn’t succeed and even harm their own troops. The “Greek fire” is a composition of chemicals and minerals mixed with liquid. Up until now many researchers tried to figure out this composition and how it became a lethal weapon. 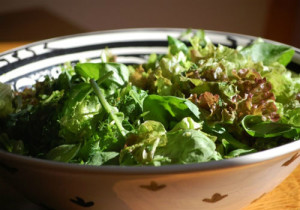 In every city and nations, it is quite natural to have delicacies and famous cuisine. One of which is when the Byzantine Empire was mixed up with Roman and Greek traditions, providing the birth of one of a kind cuisines. One of the main ingredients of their cuisine was cheese, eggs and vegetables. Though at the time of the Empire they were using honey as their main sweetener since sugar isn’t available that time. Their main source of carbohydrates is bread, wherein they can produce more than 80,000 loaves per day to assure the stability of its government. Foods and cuisine aren’t producing for fame and money, but this is part of cultural beliefs and tradition.

2. Byzantium’s Economy Was The Most Powerful in Europe 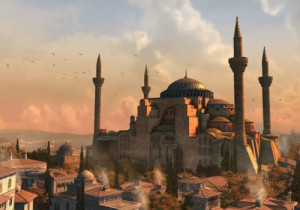 The Byzantium is considered to be the most powerful economy in Europe on their generation. This is not because of its ruling against another empire or government, but because of their location and lifestyle. Ever since the Byzantine Empire was born, the people in Constantinople dedicated themselves for their family and livelihood. Living in a Christian community they are guided by their beliefs and value. As a result, it makes the Byzantine Empire as the wealthiest on their generation. With their well-developed infrastructure no doubt the Byzantium made its way in becoming the most powerful economy in Europe. They even state that before your American dream was born, the Byzantine dream already existed. 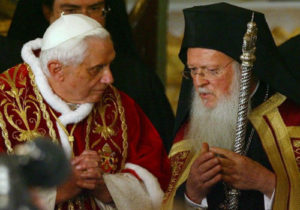 One of the most famous legacies of the Byzantine Empire is the religion. Many historians stated that the reason why the Roman legion lost its influence to Byzantine Empire was because of its approach towards Christianity. Religion today plays a very important role both for social living and mind setting. The Greek Orthodox Christianity and Roman Catholics, both express faith and hope even with their different approach. Their boundaries haven’t resolved up until this moment not because the feuds are in between, but because many individuals today have their own beliefs. The great schism refers Eastern and western approach towards Christianity one ruled over the other on every mind of Byzantine population.