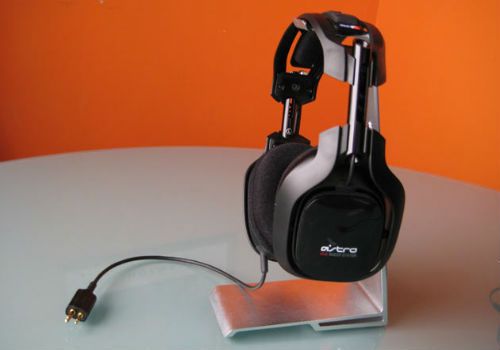 There is a fun in games. The fun of video games is made more interesting with good headsets. Gaming headsets come in many varieties. There are those that support both digital and analogue audio output. The perfect gaming headset should cover the user’s ears and have good sound quality. Apart from that the design should also be appealing. Create a headset that would capture the eye for that is what will sell. 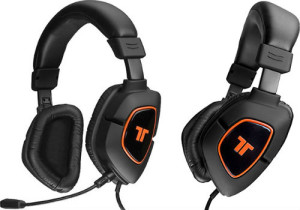 In the best top ten gaming headset, Tritton AX 180 is position 10. The sound quality of this headset is top notch. The metal included in the design of the headsets removes the stress that is always experienced with removing and putting it on. The cord too is made of durable material. So bending and twisting does not affect it. The mix amp is wonderful, a master control and game chat makes it possible for you to change the chat volume to zero even when you do not want to chat. If I need to hear or communicate at a moment’s notice, you can easily turn it back. The mic is flexible and can be placed on either side. 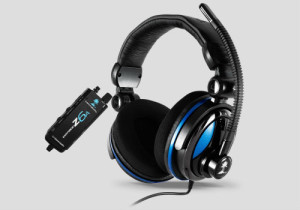 In the top ten gaming headset, Turtle Beach Ear Force Z6A is ranked 9th. It is a 5.1 channel gaming headset that feels and sounds great for its price, but requires a special sound card in your PC to work. The headset design is attractive. Its black ear cups are covered in chrome and blue. All this shows the metallic aesthetic to it. The ear cups are lightly padded. The headset fits comfortably on the ear without the assistance of the headband. A very long mic on one ear cup flips down on in either direction and can bend to the best position for voice chat. The in light remote module connects to the headset cable and the PC or Xbox 360 with an optional adapter kit. It has drivers placed around the cup to produce the surround-sound experience. The headset handles movie and music well. 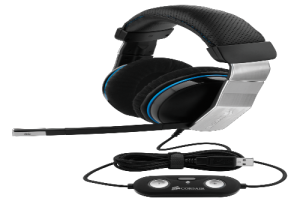 In the top ten gaming headset, Corsair Vengeance 1500 Wired is position 8. With the easy one- cable USB connection and Dolby headphone technology the vengeance 1500 wired allows you enjoy multi-channel games the way they are meant to be played. The Dolby Headset has accurate positional audio, amazing sound and superior comfort. The extra-large in line volume and microphone is tuned to capture your voice loudly and clearly while screening out distracting background noises. 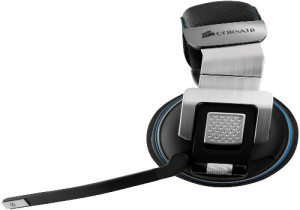 In the top ten gaming headset, Corsair Vengeance 2000 Wireless is position 7. It is the first wireless audio product to be released by Corsair. They were designed to give games the detailed positional audio reliable voice communication and comfort. With wireless gaming headset, there is no cable to tangle you. They have a range of 40 feet making you get up and come back without taking them off. The packaging too is impressive letting us know from the beginning that it is wireless. It has a 10 hour battery life that lasts long. It needs a PC running Windows XP or newer, an available USB port and an internet connection for downloading drivers. 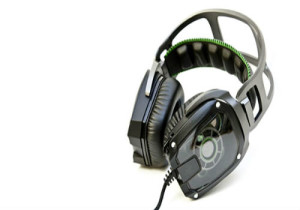 In the top ten gaming headset, Razer Tiamat 7.1 Surround is position 6. It is the first circumaural gaming headset with 10 individual drivers built-in to deliver the 7.1 surround sound experience. On it you can hear all the movements clearly. The reproduced audio is so rich and lifelike that not only will you feel you are right there you have to move over your enemies. It has full audio customization, maximum comfort, and maximum durability. It is a retractable, noise-filtering unidirectional mic. 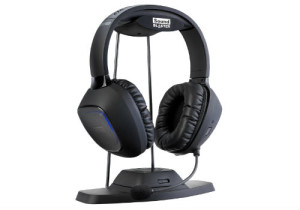 In the top ten gaming headset, Creative Sound Blaster Tactic 3D Omega is position 5. It has a sleek design feature houses massive 50mm full spectrum drivers for a superb audio performance. Apart from using it on your PC and Mac, you can use it on Xbox 360 and play station. It has a detachable noise-cancelling microphone for crystal-clear voice communication. It is built like a tank. The ear cups are illuminated with on board controls. It has detachable microphone. Over 400 million sound blasters have been sold. It works with Windows 8 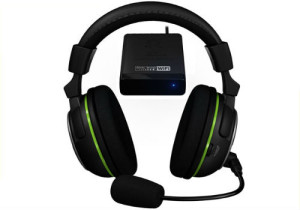 In the top ten gaming headset, Turtle Beach Ear Force X400 is position 4. This headset has clear audio and consistent communication with 2.4/5GHz dual-band Wi-Fi frequency. The powerful 50mm speakers produce clear and crispy sound. Communication is clear over Xbox live and PSN and with Blue tooth; you can answer mobile phone calls. During the game, you can clearly hear the chatter during battle with the dynamic chat boost. Its Ear Guard with Blast Limiter protects your ear from the deafening sound. You can listen to your music as you play if you connect it to the 3.5mm auxiliary input. The battery lasts for 15 hours before you can recharge it. It also has breathable mesh ear cushions to make you feel comfortable during the game. 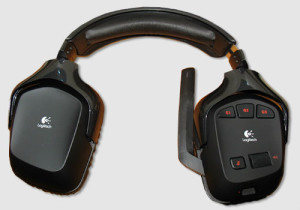 In the top ten gaming headset, Logitech Wireless Gaming Headset G930 is position 3. This headset has a Dolby headphone 7.1 surround sound, 2.4 GHZ wireless, 3 programmable G-Keys, Auto-Mute folding noise cancelling mic. The battery lasts for 10 hours. It is powered by the Dolby headphone to create an immersive 360-degree sound field that lets you hear what you cannot see. It also has 40mm Drivers and noise cancelling mic, with the surround sound, you can hear your opponents before they see you. It has a gaming grade wireless performance. 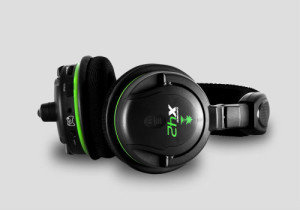 In the top ten gaming headset, Turtle Beach Ear Force X42 is position 2. It is meant for Xbox 360. The Dolby surround sound creates 360° audio environment and customize the positioning of the surround sound. The speakers are 50mm and very powerful. The headset operates on 2AAA batteries and shuts down after 5 minutes. It also has breathable mesh ear cushions to make you feel comfortable. It has a chat boost that automatically increases the chat volume as the game gets louder. It includes X42 gaming headset, X42 transmitter, digital optical cable.

1. Astro A40 Headset and Mixamp 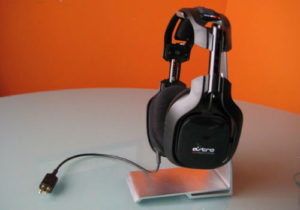 In the top ten gaming headset, Astro A40 Headset and Mixamp is position 1. The 2013 edition will serve you well no matter what your game preference may be. It comes with every cable you will need to connect to an Xbox 360, PS3, PC or MP3 player. It has a white or black plastic exterior and cloth ear cups which grips well. It has swappable magnetic plates called ‘stereo tags’ that you can mount on either side. A single switch of wire acts as a microphone muter and you can fine tune the adjustable head band for maximum comfort. It is unique because it comes with eight ports along the front and back for connecting PCs and MP3 players. The sound quality is fantastic whether you are listening to games, video or music.