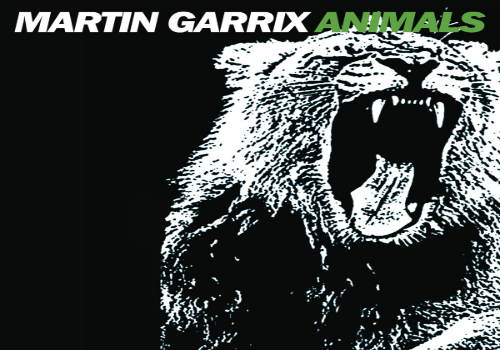 20 FAMOUS EDM GENRES AROUND THE WORLD

Electronic Dance Music (EDM) is a leading type of music nowadays and is popular to mostly the teens and young adults. It is created with the use of various equipments and usually played in clubs, music festivals and underground raves. It is a new type of music that allows room for improvisation since it is played live by the DJ using a turntable. The DJ starts to play a set of songs and continues to play another thus making a “mix” of them. The sets of songs used are usually in the genre of grunge, trance, trap, techno and disco. It is said that EDM originated as early as the 1960s when the people back then used the instrument known as Theremin to create sounds by moving it. There are tons of emerging artists focusing on developing EDM music and below are the list of famous EDM songs and their corresponding artists around the world: 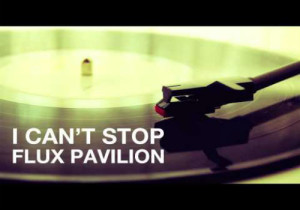 Flux Pavilion, real name Joshua Kierkgaard Steele, is one of the most popular names in terms of EDM. He is a known singer-songwriter, producer and DJ. He has been on multiple tours since his debut in 2008. The tour includes the UK and US leg spanning from one city to another. Ever since his debut, Flux Pavilion has been able to create and successfully up stand his own label company. The song “I Can’t Stop” has been one of his leading hits in the UK, US, Canada and Australia ever since its release in 2010. 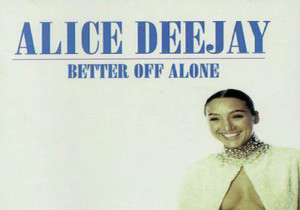 Alice Deejay is a Dutch group of euro dance artistes formed by DJ Jurgen in 1998. It was their single “Better off Alone” that set them in the sights of millions of people worldwide. The song was released on July 19, 1998 and was re-released in 1999 by another management.”Better off Alone” was initially an instrumental track but was later on added with lyrics to create a more emotional ambience for the track. 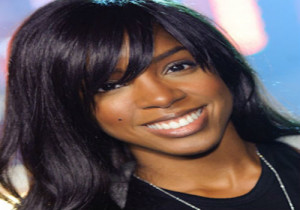 This track has been due to the combined effort of David Guetta and Kelly Rowland. “When Love Takes Over” was released as the single of David Guetta’s album entitled One Love. The instrumental track was originally Guetta’s work and when Rowland heard it, she proposed as to be the one to formulate lyrics and sing them thus marking the beginning of the making of this worldwide hit song. 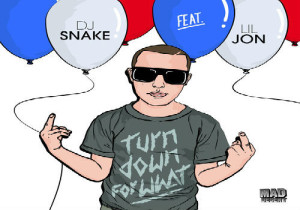 “Turn Down For What” is a single hit made through the collaboration of Lil Jon and DJ Snake. DJ Snake is a new artist who just debuted in 2013. It was thanks to his working together with Lil Jon that his music is now in demand in multiple countries around the world. As of August of this year, their single has reached a total of 3,500,000 sold copies. 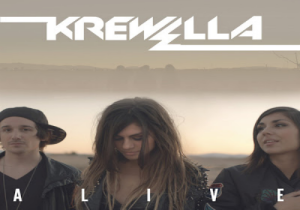 Krewella, an American EDM trio group, was responsible for the creation of their hit song Alive. The group was formed in 2007 and originated from Chicago, Illinois. The song was initially released in 2012 but was later on re-released in February 2013. This song enabled the group to breach the Billboard Hot 100 and many more music charts worldwide. 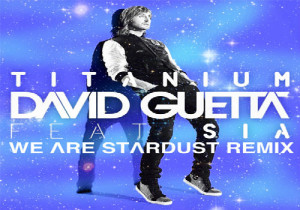 “Titanium” is a part of the fifth album of singer songwriter and DJ, David Guetta. The vocal of this song was the emerging Australian singer, Sia. The song itself was created through the collaboration of Gueta, Sia, Afrojack and Giorgio Tuinfort. The song is a mixture of dance and pop and appeals to many listeners of different genres of music. 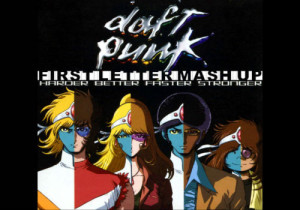 Daft Punk is composed of two French members who emerged in the music industry during the late 1990s. They have had multiple breakthroughs ever since then and have garnered awards for their works as well. There is an air of mystery around the two for they wear masks during their performances. This has been their “signature” ever since. “Harder, Better, Faster” was released in October 2007 and has been dubbed as one of the “150 Best Tracks of the Past 15 Years”. 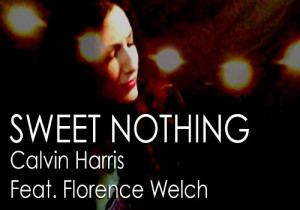 “Sweet Nothing” is one of the most popular hits of Calvin Harris, a Scottish singer songwriter, and Florence Welch, lead singer of the band Florence and the Machines. The song is composed of a deep, heart-rending lyrics escalating into an upbeat tone. The song was released on October 12, 2012 and was rated number 10 in the United States top Ten Hits. 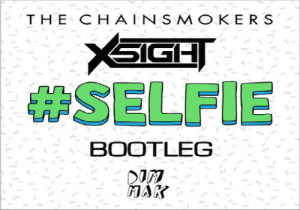 The song “#Selfie” emerged right at the peak of “taking selfies”, the act of taking a picture of oneself using a mobile phone. The song was the product of The Chainsmokers, an American DJ, producer and songwriter duo. This hit was released in January 28, 2014. The videos presented a woman on the club contemplating whether she should or should not take a selfie at that moment. 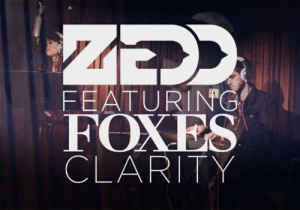 “Clarity” is a part of the third single of Russian/German artist named Zedd. The song was written by Zedd himself, along with the effort of other artists and was released on October 2, 2012. The female vocal on the song is the artist, Foxes, who was also a breakthrough artist at that time. The album hit over a million copies sold a couple of months after its release. 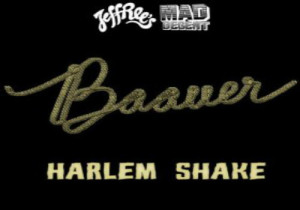 This hit was made and produced by American DJ, Bauuer. This song was part of his debut single and was consequently released on May 22, 2012. The single only became increasingly popular on February 2013 when a dance video released on Youtube made use of his song as its base. It was then that his single gained millions of sold copies and was leading in numerous music charts worldwide. 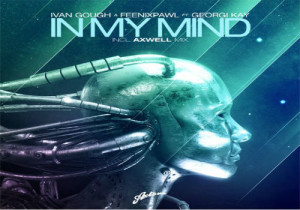 “In My Mind” was developed through the collaboration of Axwell, a Swedish DJ, Remixer and Record Label Owner, and Feenixpawl, an Australian duo of EDM genre. The song was released on 2012 and at first was not such a big hit, but as EDM become more and more popular in the late 2013; the hits of the song were through the roof even up till now. 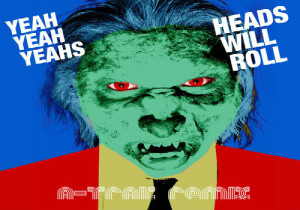 Yeah Yeah Yeahs are an American indie band that emerged in 2000. “Heads Will Roll” was included on their third album and was first released on June 29, 2009. It was in 2012 that the song was remixed by Kanye West and was renowned once again. The music video was a source of intrigue when it was released for it made some sort of mockery of horror in general. Nonetheless, many watched and bought copies of the album.

This hit was popularized by the EDM supergroup Swedish House Mafia. They are dubbed as supergroup for they are one of the top most leading EDM groups ever to be known. This single is their sixth and last ever to release before the group had broken up. It garnered a Grammy nomination for Best Dance Recording in 2013 and was immortalized as one of the most widespread known EDM music out there. 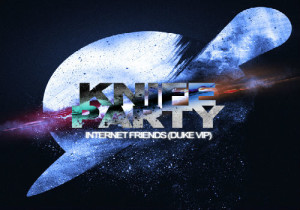 Knife party is an Australian EDM duo that had been performing since 2002. The song was initially free for downloading and so no one expected it when the song “Internet Friends” was released on 2011 and had been ranked as 89th in the UK Singles Chart. The duo Knife Party is still going strong and continually releasing hits up till the present. 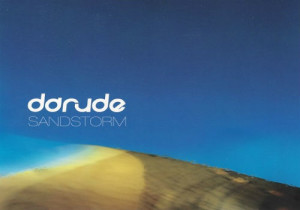 Darude, real name Ville Virtanen, is a Finnish Techno Producer and DJ. His song “Sandstorm “was released in November 15, 1999 and was globally recognized when it was uploaded in the website mp3.com. It was on March 1, 2010 that “Sandstorm” was dubbed Gold standard in the US for it had sold over 500,000 copies nationwide. 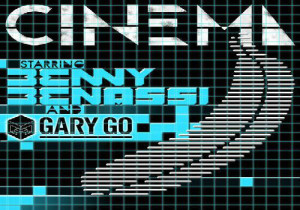 “Cinema” was originally the song made popular by Benny Benassi. But, since its release on March 8, 2011, it has been reused and remixed by a lot of other EDM artists. Perhaps one of the most popular remix was that of Skrillex. His version won the 2012 Grammy Award for Best Remixed Recording thus reheating the song in the music industry once more. The instrumental version has been made as the theme song for the video game Sonic Lost World thereafter. 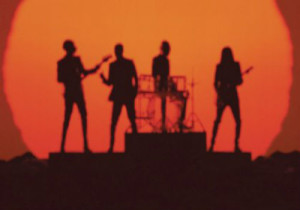 “Get Lucky” is another one of the best selling hits of the EDM house music duo Daft Punk. This song featured Pharrell Williams as the vocals and had a disco type ambience in the music video. Therefore, the song was not only placed on the disco and EDM music genre but on the funk genre as well. The digital version of the song was released on April 19, 2013. 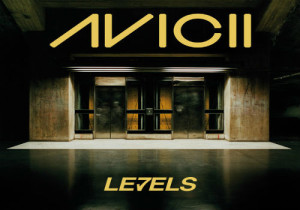 “Levels” is a mix of songs created by Avicii. He used the voice sample in the 1962 song entitled “Something’s Got a Hold on Me”. This song was first played by Avicii in December 2010 and has then been appreciated by many of his audiences. This hit of his is a combination of soul, EDM and a quiet bass line. 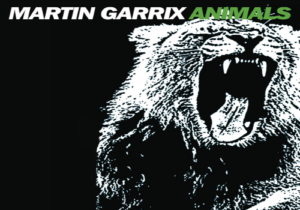 Martin Garrix is a Dutch DJ that is best known for his best-selling track “Animals” which was released on June 17, 2013. The song is not only popular in his country of origin; but has been leading in multiple music charts in a number of countries worldwide. The leading spots in the charts would last for weeks entered into multiple entries in the ratings. The song has been that popular. This track can be heard in almost every rave, festival, clubs and gatherings worldwide.