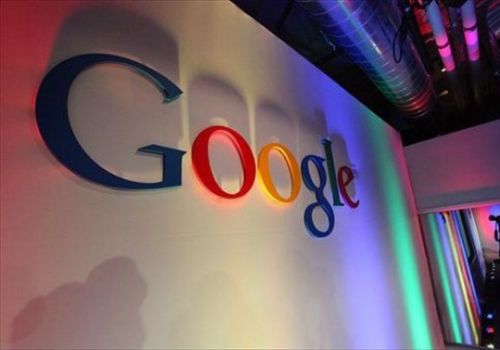 10 Best Companies to Pay off your School Efforts

It’s funny how we struggle through college when in the end the companies we work for cannot repay the tuition we have spent in our almost 16 years of attending schools or even give enough compensation for the efforts we exert. We educate ourselves but in the end, work in companies dissatisfying ourselves and tiring ourselves to death.

In choosing the companies to work for, let us uncover  weather the companies’ management, amusing perks and endless opportunities they provide can make us happy to work for them. Let us measure our company’s satisfaction  level and our overall work experience with them for us to decide wether we stay or venture to other companies. Factors including the company itself , CEO, senior management, compensations and benefits, career opportunities, culture and values, work-personal life balance are grounds that we should consider wether we continue to serve the said company and recommend it to a friend.

Thus, we made a list of Best Top 10 Companies to Work for, for you to scan through before deciding what company to apply so you can get enough compensation for the hardworks you give and use everything you have learned in staying with expensive universities and colleges. 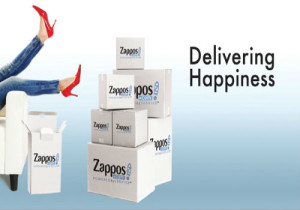 Zappos is a shipped free online shoe and clothing shop founded in 1999 by Nick Swinmurn and currently based in Las Vegas, Nevada. The idea was made when he could not find the pair of shoes he wanted to buy in the local mall. Swinmurn was approached by Tony Hsieh and Alfred Lin during that same year with the idea of selling shoes online. It was originally launched as “ShoeSite.com” and was later on changed to Zappos from the spanish word zapatos which means shoes making itself not only limited to selling footwears. It’s revenue for the year 2011 has reached $2,158. 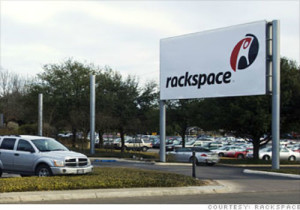 Rackspace Hosting is an IT hosting company founded by Richard Yoo in 1996 in San Antonio, Texas, USA. It started as a small Internet service provider which he called Cymitar Network Systems. In addition to basic web hosting and internet access, the company began doing application development work. The company was later on reformed as Cymitar Technology Group when developing Internet applications became their primary business. Although the company began application development work, they found out that most companies don’t know how to host the applications, or don’t want to get involve in hosting. Despite wanting to focus on the application development, not the hosting, the founders were unable to find an opportunity to outsource the hosting work. Eventually, the need of creating a product to serve the hosting need has been realized and the founder launched it as a company. 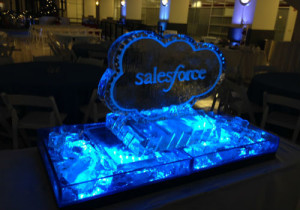 SalesForce.com is a global cloud computing company founded in 1999 by former Oracle executive Marc Beniof, Dave Moellenhoff, Parker Harris and Frank Dominguez. This company specializes software as a service and is based in San Francisco, California, USA. SalesForce is best known for its customer relationship management. The company has also expanded into the social enterprise arena through acquisitions. The previous software developers at Clarify, Moellenhoff, Harris and Dominguez, wrote the Initial sales automation software. In June 2004, SalesForce went public being listed on the New York Stock exchange under CRM as stock symbol, raising US$110 million and is a constituent of the S&P 500 index. In 2013, it has 9,800 employees and its revenue has reach $3.05 billion, with net income of $-0.270 billion. 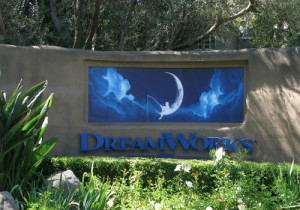 DreamWorks is a film Studio, founded in 1994 by media moguls Steven Spielberg, Jeffrey Katzenberg and David Geffen , headquartered in Universal City, California. It is officially DW II Distribution Co., LLC and is also known as DreamWorks Studios, LLC, DreamWorks Pictures, and DreamWorks Pictures. It develops and produces video games, film and television programming which they eventually distributes. The company has produce and distributed more than ten box-office grosses films with more than $100 million each. The Walt Disney Studios marketed and distributed most of the DreamWorks’ film under its label Touchstone Pictures. DreamWorks’ American Beauty, Gladiator and A Beautiful Mind has won three consecutive Academy Awards for Best Picture in 1999, 2000 and 2001. 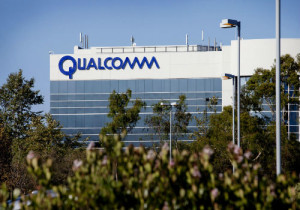 Qualcomm was founded in July 1985 by seven veterans Dr. Andrew Viterbi, Franklin Antonio, Harvey White, Andrew Cohen, Adelia Coffman and Klein Gilhousen in the den of Dr. Irwin M. Jacobs in La Jolla, California. In August 1988, the Company launches a satellite-based data communications called OmniTRACS which enables truck fleet operators for the transportation industry to effectively monitor and track their vehicles in the field.  The company conducts its IPO in December 1991 making 4 million shares of the company available to the public on the NASDAQ. In 1996, Telefonia (Peru), SKT (S. Korea), PrimeCo and Bell Atlantic launch CDMA commercially which by the end of the year has more than 1 million subscribers worldwide. Qualcomm unveils the pdQ CDMA in September 1998 which represented the world’s first CDMA smartphone. In 1999, the company gain entry into the S&P 500 Index and 1999 Fortune 500® list for its strong performance and revenue growth. 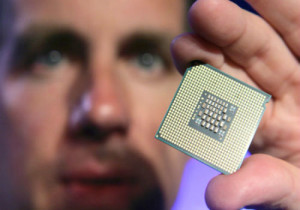 Intel Corporation is an American multinational semiconductor chip maker corporation founded by Gordon Moore and Robert Noyce in 1968, headquartered in Santa Clara, California, USA. The corporation introduced the first microprocessor in the world in 1971 and eventually became the leader of silicon innovation, developing products, technologies and initiatives to continually progress the work and lives of people. They aim to grow PC and Datacenter business with new users and uses, extend Intel Solutions to win in adjacent  market segments, create a continuum of secure, personal computing experiences and care for the people, the planet, and inspire the next generation. They consider customer orientation, results orientation, great place to work and quality discipline as their core values and their mission is to create and extend computing technology to connect and enrich the lives of every person on earth. Based on revenue, Intel is the world’s largest and highest valued semiconductor chip maker. 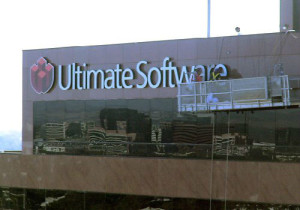 Ultimate Software is a leading clod provider of people management solutions for businesses across all industries founded in Weston, Florida in 1990. The company envision to deliver the most flexible, comprehensive solutions for companies to strategically manage HR, talent management, payroll, and benefits. They developed the award-winning UltiPro solution which provides a comprehensive approach to managing the employee life cycle, from  recruitment to retirement. They focuses on excellence which made them earned a solid reputation and a history of long-term relationships, with a 96% customer retention rate. It has 1,500 employees who are committed to  develop trend setting solutions and deliver quality service. It has more than 2,300 customers from diverse industries including Adobe Systems Incorporated, Culligan International, The Container Store, Major League Baseball, Nikon Inc., Pep Boys, Texas Roadhouse and Revlon. 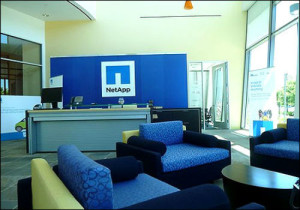 NetApp is a data storage devices company founded in 1992 by David Hitz, James Lau, and Michael Malcolm in Sunnyvale, California, USA, formerly known as Network Appliance, Inc..  The company creates innovative storage systems and software products that help customers around the world store, manage, retain and protect their data. In mid 1990s to 2001, NetApp thrived in the internet bubble years which made the company’s annual revenue grew to $1 billion. It is a member of S&P 500 and NASDAQ. In 2012, its revenue has reached $6.23 billion. It has over 12,000 employees in more than 150 offices worldwide this FY2014. 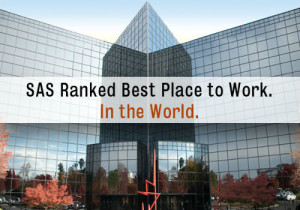 SAS Institute is an analytics software developer based in Cary, North Carolina. It is founded in 1976 by Anthony James Barr, James Goodnight, John Sall, and Jane Helwig. It began as a research project in 1960s at North Carolina State University, intended to analyze United States Department of Agriculture agricultural data, in order to increase crop output. It is one of the world’s largest private software companies and owns the biggest market share for advanced analytics. It develops and markets software which helps companies aid in decision-making by gathering, storing, accessing, analyzing and reporting corporate data. 79% of Fortune companies used SAS’ software. As of 2013, it has 13,814 employees and its revenue has reached $3.02 billion US dollar. 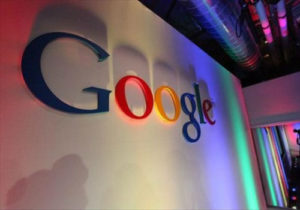 Google is an American multinational corporation founded in September 4, 1998 in Mountain View, California, USA, specializing in Internet-related services and products. They focuses on providing the best user experience possible and have grown to serve hundred thousands of users and customers around the world. These include software, search, cloud computing, and online advertising technologies.  The company strive to maintain the open culture which is usually associated with startups, in which everyone contributes and feels comfortable sharing ideas and opinions. They believe that building great products depends on great people. In 2013, Google’s stock climbed past $1,000. Its annual revenue has reached $50,175 millions.