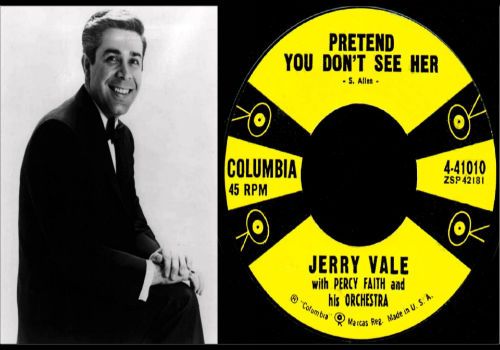 With more than 20 albums and around 40 singles, Jerry Vale truly left his talent surviving in the world. But before that, let’s get to know who Jerry Vale really is.

Well, Jerry Vale was born the 8th of July, 1930 in the name of Genaro Louis Vitaliano. During in high school, Vale would work as a shoe shiner in New York. Singing might be one of his hobbies that he sings while doing his job. When his boss heard him, he liked the young boy’s talent and paid for Vale’s singing lessons. Vale seems to enjoy it more that he joined high school musicals.

Jerry also started singing at local nightclubs. This was where he was discovered the hit songwriter Guy Mitchell. Guy signed Vale to a contract, coached him more and advised to change his name. The songwriter also had Jerry sing some of the songs he had written and these demos were sent to Colombia Records which had managed him for quite so long. This was the start of his breakthrough in musical career.

Vale became very famous that he even had a biography published in 2000 entitled A Singer’s Life. However, due of natural causes, Jerry Vale died in his sleep last May 18, 2014.

Here are jerry Vale’s top hit songs of all time: 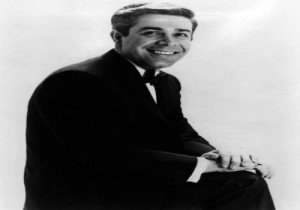 Jerry had sung this song is written in English and with some Italian part of it. I Have But One Heart shows how the narrator loves his partner so much provided in the lyrics: You are my one love/My life I live for you/I have but one heart/To give to you 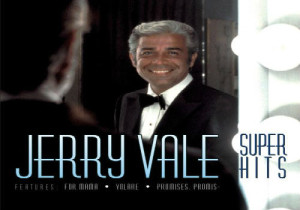 Number 9 on this list is the song Mama. Jerry Vale had this song produced as the 7th track under his album I Have But One Heart. It is also available on Jerry Vale’s another album named 17 Most Requested Track with the song considered as number 2.

Jerry Vale’s outstanding voice quality had a great impact with the listeners that he had. Especially with the heartfelt lyrics that Mama had. Many of his fans were so moved and touched with the song, written in mixed language.

It seems that a lot of his followers had appreciate their mother more upon hearing Mama. 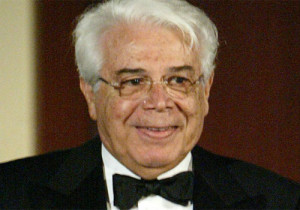 If you’re looking for a song where you want to apologize for the person whom you thought was just your fling, our eight song is the perfect one for you. Jerry Vale’s Amore, Scusami speaks about how the narrator didn’t expect some love from the girl that he once had a little flirtation

.Amore, Scusami, which is My Love, Forgive Me, is Jerry Vale’s single in 1968. This song had peaked in the Adult Contemporary (chart) as number 25. It seems that a lot of people were addicted and gone gaga over this track for a while during those times. 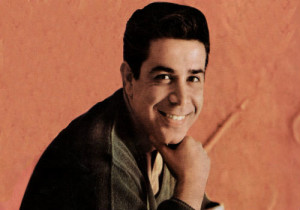 Landing number 7 on this chart is the song You’re Breaking My Heart. This is another track under I Have But One Heart Album and considered as its 16 single on the cd.

In 1963, Jerry Vale released You’re Breaking My Heart. With the duration of 3:06 minutes, Vale sings about a man who wishes his former love happiness and joy, despite of leaving him for another man. Although the man in the song had his heart broken, he is still waiting for her to come back. Some part of the song goes: I wish you joy, though teardrops burn/But if some day you should want to return/Please hurry back and we’ll make a new start, dear/Till then you’re breaking my heart 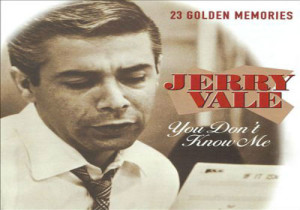 Sixth on this chart is the song You Don’t Know Me, which was written by Cindy Walker and inspired by the storyline given to her from the American Country music singer Eddy Arnold.

Eddy Arnold first records this song and Jerry Vale’s version was the first cover in 1956. His version was included at the U.S. Billboard Hot 100      with the best position on number 14 spot.

The song topped the U.S. Billboard Adult Contemporary Single in 1962 when the American singer-songwriter recorded it; as well as in 1981  for U.S. Billboard Hot Country Singles in and Canadian RPM Country Tracks on Mickey Giley’s version. 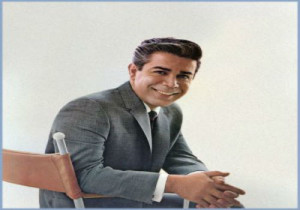 For the fifth spot, it’s definitely Jerry Vale’s Al Di La. This song was originally written by Italian composer Carlo Donida and Italian lyricist Mogul. However, it was translated in English by Ervin Drake for Good Morning Heartache, Quando Quando Quando and Frank Sinatra’s “It Was A Very Good Year.”

Since this song was written in both English and Italian, it had been undergone to different versions such as Betty Curtis, Emilio Pericoli, Connie Francis, The Ray Charles Singers and many more.

In 1962, Jerry Vale had decided to have a cover and a version of his own with Al Di La as well. 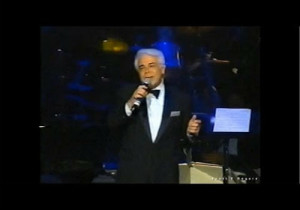 Landing on number, Inamorata took this place and became part of this chart. This song was written for the 1955 film Artists and Models starred by the American comedy team Dear Martin and Jerry Lewis. The title, which was in Italian, also means love when being translated to English.

Inamorata’s lyrics were written by Jack Brooks while the music was from Harry Warren. Although the song has a biggest selling record when Dean Martin sung it, it is also said that Jerry Vale’s version was actually one of the best cover’s out there which was produced through Columbia Records. 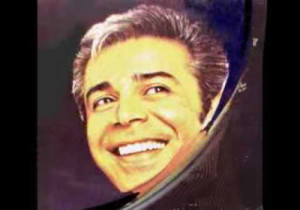 Down to number 3, You’re My Everything is another song that is considered as one of the hits by Jerry Vale. If you’re into 1960s tracks, here’s one of the best that you may have.

You’re My Everything is one of the recorded tracks at the Columbia Records. This song runs for about 3:06 minutes duration. You’re My Everything is where Jerry Vale expresses how a man loves a girl so much she became every part of him. It is obviously stated with the lyrics: You’re the song I sing and the book I read/You’re a way beyond belief and just to make it brief/You’re my winter, summer, spring, my everything 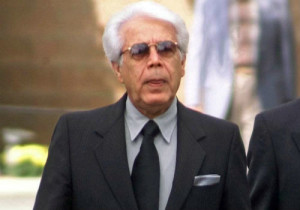 Second to the best song of Jerry Vale is Old Cape Cod. This song is originally written by Allan Jeffrey, Milton Yakus and Claire Roth Rock.  The track had also made a great publicity with Cape Cod, making it the unofficial anthem of the place.

Old Cape Cod was originally recorded by Patti Page which sold over millions of copies around the globe; which is why it has been covered and sang by different versions from other artists.

In 1963, Jerry Vale also had a cover of this song. This version had made it into Bubbling Under Hot 100 Singles with 118 spot.

1. Pretend You Don’t See Her 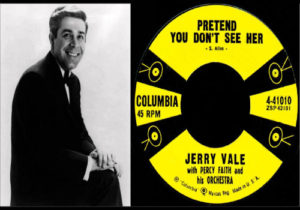 As for Jerry Vale’s bets song of all time, it’s definitely Pretend You Don’t See Her. This is another heart-breaking song performed by Vale himself.

Pretend You Don’t See Her tells about the guy who was advising her friend to pretend the girl doesn’t exist in her sight, that he should look at everything but her. With that content, the lyrics would seem talk about the narrator’s friend who had his heartbroken over a girl.