Enrique Iglesias is a Latin rock star. With over 100 million albums sold worldwide, he has become known as one of the best-selling Spanish language artist of all time. Almost closed but not quite to surpassed his father Julio Iglesias. But hey, he’s only 39 years old and still has a lot of steam in him to produce songs and make us swoon over his captivating voice and intense stares.

Enrique Iglesias was born Enrique Miguel Iglesias Preysler on May 8, 1975 in Madrid, Spain. His father, world renowned crooner Julio Iglesias best known for his song “To all the girls I’ve loved before” and mother, socialite Isabel Preysler. When his parents divorced in 1979, Iglesias came to stay with his mother together with his two other siblings. However, when his grandfather was kidnapped in 1986, Iglesias and another sibling were sent to Miami to live with their father. Having a well to-do parents, Iglesias grew up with his nanny whom he loved dearly. His nanny also provided him with the funds to record his first demo cassette as he did not want his father to know his plans. Soon he was signed to Mexican label under the name “Enrique Martinez”. After dropping out of college he went to Toronto to record his first album which was a surprising success for a newcomer like him. The rest as they say is music history.

Here are the top Enrique Iglesias Song we can’t seem to stop singing. 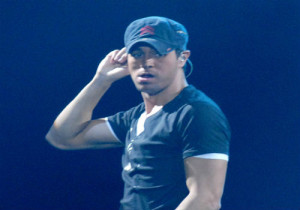 A duet with former Pussycat doll lead singer Nicole Scherzinger, this song is from the 2010 album, Euphoria. He wrote this song together with his long time collaborators Jamie Scott and Mark Taylor. The song was received pretty well by the listeners praising the vocals of both Iglesias and Scherzinger. Both singers can hold on a high tune but they refrain from being over the top and sang the song almost to a coo, seducing each other. The music video for the song also showed restrain sexiness. We see Iglesias first with a strange light pulsating from where his heart supposed to be followed by Scherzinger with the same pulsating light. What followed next is sort of an elusive flirtation that will lead both of them together until the end where there is no more pulsating light. 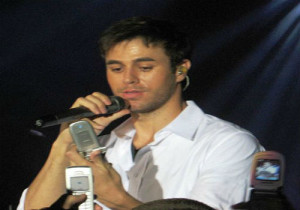 This song was released in 2003 and was in the album “7”. It was the first song released from that album and written by Iglesias while on tour. The Spanish version titled “Adicto” was a hit in South America while the English version did not perform as well on the Billboards. However, due to Iglesias charisma and solid fan base, the song remained in the radar. The music video starred actress Mischa Barton who played his significant other. As the song suggest, Iglesias is addicted but not with narcotics or alcohol but with his lady love played by Barton. It showed various scenes the two are together including inside a hotel room and a jail visit where Iglesias has been incarcerated. In the end, what happened inside the jail was all in his mind and his girl is still front of him. 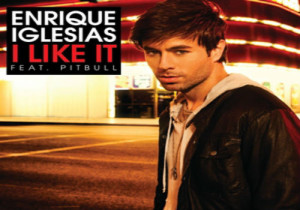 An upbeat song, this was released in 2010 and featured American rapper Pitbull. This was under his studio album “Euphoria”. Iglesias, Pitbull, singer Lionel Richie, and music producer RedOnecomposed this song and meant it to be fast paced and was categorize as Electropop. The reception of the song was fairly good as it was featured and used in the reality series Jersey Shore shown in MTV. It was also used as an official song in the Airtel 2010 Champions League Twenty20, an international cricket tournament. It became a top ten music chart staple in Australia, Belgium, UK, US, as well as Spain. 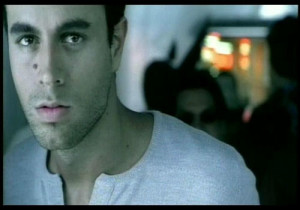 Rhythm Divine is taken from his first English language album “Enrique”, released in 1999. The song was written by his longtime music collaborators, Mark Taylor and Paul Barry. Since Iglesias was making a transition and wanted to be known as an English singing artist back in 1999, critics were impressed by the timing and exposures of his songs. The music video stars Iglesias and Claudia Mason, a model best known for Louis Vuitton, Versace and Fendi campaign. In the video, it’s clear that Iglesias is establishing himself as a soulful and passionate lover (a prime theme in most of his music videos). He follows Mason around a city and stares at her with longing and desire. The video ends with Mason arriving and then disappearing in the sea. 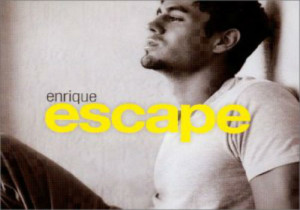 From the album with the same name, Escape was released in 2002 to a great reception by fans and critics alike. The music video on the other hand was a greater hit as it caused speculation amongst fans and the media. The video showed him together with Tennis pro and media darling, Anna Kournikova where they seem to flirt and make-out on public places much to the embarrassment of the people around them. Their chemistry was undeniable and it made people guess if the two of them are together (a noteworthy information: they are still together). The song was co-written by Grammy award winning songwriter Kara DioGuardi. 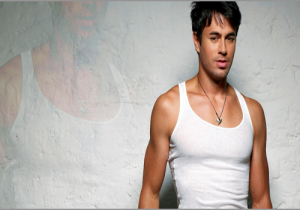 Finally Found You was first released as single in 2012 and later on included in his international deluxe 10th studio album Sex and Love. It features rapper Sammy Adams, a Boston hip hop artist known for his collaborations with Mike Posner. The song was received well by the public. It was released just as the dance-pop genre was gaining steam in the airwaves. Its mix of electro-pop and dance-pop was just the right formula to launch it tothe number 36th spot in the Billboards on its debut, 29th on its second week, and to number 20 by the third week. The strongest performance it held was on the 12th position on the Billboards. 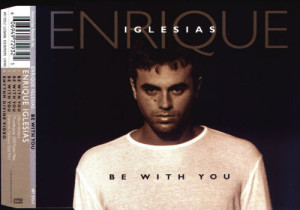 This song is from Enrique Iglesias’ debut album in English “Enrique”, and was released on 2000. He wrote this song together with his usual collaborators, Mark Taylor and Brian Rawling. The single was one of Iglesias successful release as it easily climbed up the number 1 spot on the Billboard charts. A Spanish version entitled “Solo me importastu” also performed well in the Latin charts reaching its peak spot at number 2. The music videos featured Iglesias’ real friends out on a road trip. The lady love highlighted is Hollywood actress Shannon Elizabeth known for the movie American Pie. What started out as an eye contact in the beginning of the video turned into a groping fest by the end. 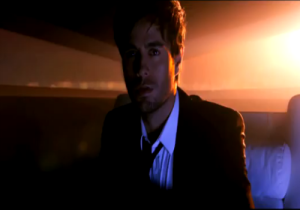 This dance-pop song is included in Iglesias’ Euphoria album released in 2011 and Usher’s album Versus. Both artists wrote the song together with other industry’s well known producers/writers and performed on the track with Lil Wayne who is an American rapper and American singer Nayer. Another dance-pop song on his Euphoria album, Iglesias experimented with the sound of dubstep and house/trance background music for this track and the upbeat song entered dance charts around the world reasonably well. In the US, it entered the Billboards Hot 100 at the 18th spot and sold 126,000 copies on the digital arena. 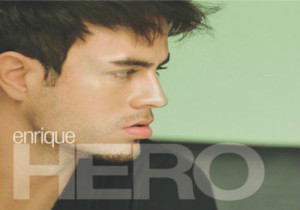 Who could forget a very sexy Jennifer Love-Hewitt making out with Enrique Iglesias and a villainous looking Mickey Rourkein the Hero music video? Another song with a very popular music video connected with it, Hero debutedin 2001 and was part of the album Escape, Iglesias’ second album. It topped many music charts and stayed for 15 weeks in the Billboard charts. It went straight to number one in the UK and stayed on top for four weeks. It won for Play Track of the Year in the Billboards Latin Music Awards, Best Male Video for Iglesias in the Comet Awards and Viewer’s Choice in the MTV Video Music Awards amongst numerous others.

To date, Bailamos remains one of Enrique Iglesias most popular songs. Released in 1999, this English-Spanish pop song became a hit during the great interest by the public on Latin music in the late 90s paved by fellow Latino, Ricky Martin. The song was written by his usual collaborators Mark Taylor and Paul Barry, and was included in the albums“Enrique”, “Cosasdel Amor” which was his all-Spanish album from his Mexican label, and the Wild, Wild West Soundtrack from the movie of the same name starring Will Smith and Kevin Kline. The song reached the number 1 spot in the Billboards and stayed there for two weeks. It also received big airplay on radio stations around the world and was constant top rater in France, Spain, New Zealand, etc.