One of my favourite singers is Josh Groban, not just because of his powerful voice, and to me he is also a cute guy!  Joshua Winslow “Josh” Groban  was born on February 27, 1981.  He is an American singer, songwriter, musician, actor, and record producer who hails from Los Angeles, California.  David Foster was the one who discovered him.  Foster made him rehearse a duet with Celine Dion for the Grammy Awards and the rest is history. The first four solo albums have been certified multi-platinum, he charted as the number-one best selling artist in the United States.  He has sold over 25 million records worldwide.

He was only 17 years old when he started his career.  He said in an  interview that he is not in the opera type of singer, but still not exactly sure of his music.  Most of his songs though are operatic, but would likely classify him as classical pop.  Josh Groban’s website is https://www.joshgroban.com/, twitter https://twitter.com/joshgroban, instagram account instagram.com/joshgroban to get to know him a little bit better.  Here now are the top ten best Josh Groban Songs, don’t forget to listen to each of the inspiring songs and relaxing voice of Josh Groban! 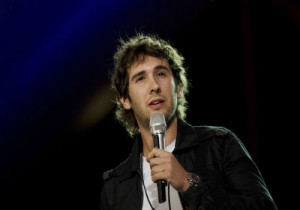 “Believe” is a Josh’s single, a 2004 song from the Christmas-themed performance capture film The Polar Express. The words and music were written by Glen Ballard and Alan Silvestri, and the song was performed by Josh Groban. The song, which is under Warner Bros, is included on the film soundtrack. The song “Believe” which is a 4 minute-18 second song, is included on the 2011 album Heavenly Christmas performed by Jackie Evancho.  The songwriters received a Grammy Award in the category Best Song Written for a Motion Picture, Television or Other Visual Media at the ceremony held in February 2006.  “Believe” was also nominated for Best Original Song at the 77th Academy Awards in February 2005, with Groban and Beyoncé Knowles performing the song during the awards broadcast. The Oscar nod followed a Golden Globe nomination in the same category at the 62nd Golden Globe Awards. 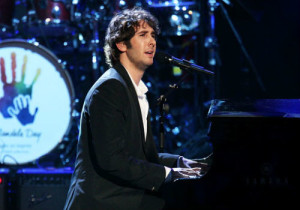 Changing Colours by Josh Groban was written by Tony Dekker and was first released by Great Lake Swimmers in 2007.  Josh Groban released it on the digital record on December 21, 2010.  The song Changing Colors appeared on the album “All that echoes” released on 2013. Changing Colors is about two lovers breaking up, but more of a trying time between two people who obviously care for each other. Where it sounds as so the one the song writer is singing to is altering his life. So he is letting her know that he wants to grow with her and experience these changes together. 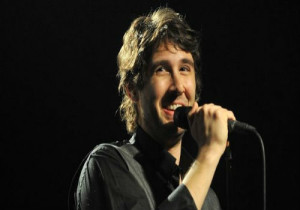 “To Where You Are” is a song by American singer Josh Groban that appears on his 2001 debut album under Warner Brothers. It was written by Alan Menken, Richard Marx and Linda Thompson and produced by Richard Marx.  In 2001, Groban guest-starred on two episodes of the Fox television drama Ally McBeal. His latter appearance on the show was in the episode “Nine-One-One”, where his character’s mother had been killed and his father, a minister, had begun doubting the existence of God. Near the conclusion of the episode, Groban performed “To Where You Are” at a church service. Groban had been asked to return to the show after Fox received numerous letters and inquiries about the singer following his appearance in an earlier episode, “The Wedding”, during which he had performed the song “You’re Still You”. 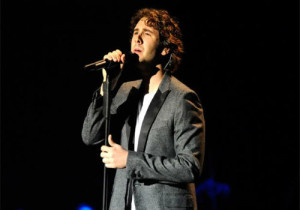 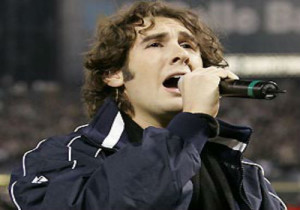 “Remember” appears on the album Live at the Greek (2004).  It is a touching song that talks about remembering someone and will always be there as long that he stays in her memory. That as long as she holds him in her heart he will never die and he will never leave her as long as she remembers her.  I am very much touched by the song because I remember my father who I loved the most.  I will never ever forget him, and I will always tell my kids how kind , simple, funny, responsible he was and how he love us unconditionally. It was again produced by the one who discovered him, David Foster. 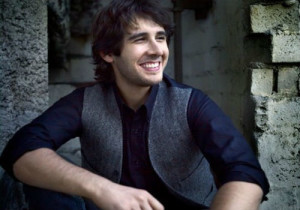 “Hidden Away” is singer-songwriter Josh Groban’s first single for his fifth studio album Illuminations.  Josh and Dan Wilson both wrote the single. Josh also states it took three years to make his new album Illuminations. The song was also available for download on Josh’s website. The song was available on his website a week before the official release on September 13. Josh also stated “after months of work, I can’t wait to finally share this music with all of you.  The music video for the song was released on November 4, 2010.  The song finds Groban making a heartfelt plea not to hide true love’s or one’s true self. 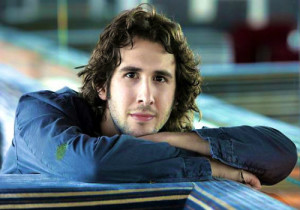 “Awake” is his third studio album.  Awake was released on November 7, 2006.  The album was certified 2x platinum in the US by the RIAA for shipping two million copies, and is the third top selling classical album of the 2000s in the US, according to Nielsen SoundScan. The song is about wanting the love to lasts forever.  And if ever that love ends, he will always remember the love they shared together!  It is so beautiful and it touches the heart and soul.  I love to hear Josh sing and play piano with such dedication and with great skill. 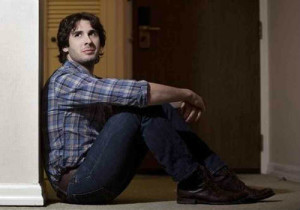 “You Are Loved (Don’t Give Up)” is the second track and the first single, from Josh Groban’s third album, Awake, released on November 7, 2006. The song’s music and lyrics were written by Tawgs Salter. The single peaked at #9 on the Hot Adult Contemporary Tracks chart.  The music video was directed by Meiert Avis and features Groban singing in various locations, intercut with scenes of children. The song is about lifting the heart from hurt, from pain and and trials of life.  Just don’t give up because we are loved! It’s okay to feel bad, it’s part of our lives and we can surpass those trials no matter how big or small it is! 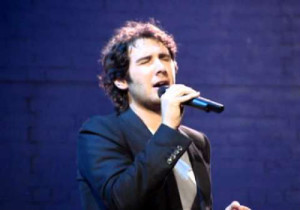 “February Song” peaked at #13 on the Hot Adult Contemporary Tracks chart.  He explains, “I was half asleep on the couch … I was just out of a relationship, I had just finished the whole experience of ‘Closer’ and the tour, and there were a lot of decisions about my future that had to be made, all by myself. I got up, sat at the piano and wanted to write a melody that represented that journey and the loneliness of that feeling — with the assurance that answers would come. It came to me in the flick of an eye.”  That already explains what the song is all about. 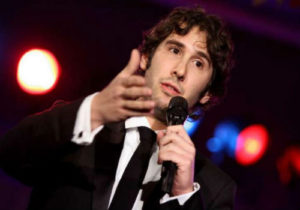 “You Raise Me Up“, my personal favorite of all Josh Groban’s songs,  is a song that was originally composed by the duo, Secret Garden. The music was written by Secret Garden’s Rolf Lovland and the lyrics by Brendan Graham. After the song was performed early in 2002 by the Secret Garden and their invited lead singer, Brian Kennedy, the song only became a minor UK hit. The song has been recorded by more than a hundred other artists including Josh Groban, who popularized the song in 2003; his rendition became a hit in the United States. The Irish band Westlife then popularized the song in the United Kingdom two years later. “You Raise Me Up” is sung as a contemporary hymn in church services.  Until now the song is still popular especially the cover of Josh Groban.