An American actress, model, singer, voice actress and activist was born on August  21, 1989 at Palisades, New York, and she is non other than Ms. Hayden Leslie Panettiere.

Hayden started her acting career by playing the role of Sarah Roberts in One Life to Live on 1994-1997, and as Lizzie Spaulding in Guiding Light on 1996-2000, before starring at the age of 10 as Sheryl Yoast in the Disney feature Remember The Titans. Despite of her many appearances, her most notable role is being the Claire Bennet in the NBC series Heroes from 2006-2010, which caused her won several awards. 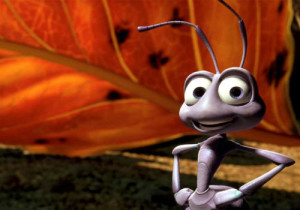 In the Disney animated movie, A Bug’s Life, the main character is Flik, an ant who doesn’t fit in the colony but loves to experiment things that might benefit the colony.  In order to save the colony from dreading grasshoppers, he sought the help of the circus bugs from the city. Here, Hayden dubbed the part of little Princess Dot, a cute little ant and Flik’s number one and only believer. She was the one who convinced Flik to return and saved the colony.

Hayden Panettiere earned a nomination for Best Spoken Word Album for her work in this animated film. She was also nominated for Hollywood Reporter Young Star Award for Best Young Voiceover Talent. 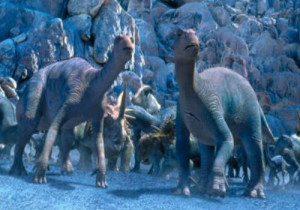 Dinosaur is another Disney produced live action part and computer-animated drama adventure film. This was the most expensive theatrical movie release in year 2000. It is a story about a separated dinosaur egg from the nest that was found and raised by the lemurs. They must travel safely heading to the “Nesting Grounds” which is a valley believed to be untouched by the devastation brought by the asteroid impact that hits the earth. The main character is the dinosaur Aladar who developed a romantic feelings for Neera who is Kron’s sister, leading the herd of dinosaur survivors. Hayden voices the character of Suri, Aladar’s adoptive sister. 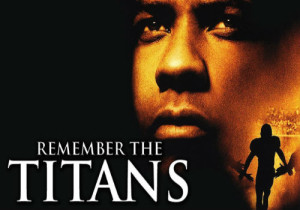 This is a movie about sports. It was based on true story of an African-American coach Herman Boone, portrayed by Denzel Washington. The film was considered a financial success due to its $30 million budget costs. It is a story of a racially – divided team who must work together in unity in order to beat both their opponents and the town’s racial persecution during the 70’s. Hayden plays the role of enthusiastic Sheryl Yoast as the daughter of assistant coach Bill Yoast. She plays the part of a tom girl who would rather helps her dad’s football team than accessorizing with dolls even at the age of 10, she was a huge football fan and assisted her father during his coaching career. 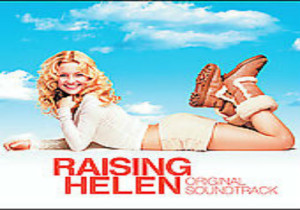 With this movie, Hayden Panettiere co-star along with Kate Hudson who plays the role of Helen Harris. Raising Helen is a comedy-drama film directed by Garry Marshall and written by Jack Amiel and Michael Begler. Helen is forced to give up her fabulous old life when her sister and brother-in-law tragically died in a car accident, to be the guardian of their three, young children. One of them is the character played by Panettiere, a 15 year old Audrey Davis, a troublesome teen mixed-up with fake ids, drinking and smoking, yet, remains a great sister to her younger brother and sister. She successfully portrayed the role of a strong older sibling dealing with a difficult situation. 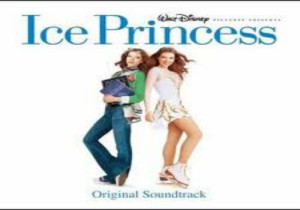 Ice Princess is an American film about figure – skating released in 2005. This film focused on a 17 year old brilliant and nerdy Casey Carlyle (Michelle Trachtenberg) who puts her academic studies set aside in order to pursue her dream of becoming a professional figure skater. Hayden plays the role of Gennifer Harwood, who is also a figure skater and wants to be an opposite of Casey, but when her former figure skater mother sabotages Casey’s performance, Gen quits skating.

The film was released on March 18, 2005 grossing a total of $24 million in the United States for being successful as box office hitter. 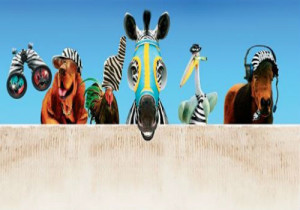 This movie is a 2005 American adventure comedy, drama, sports, family film directed by Frederik Du Chau. It is somewhat similar in style to the 1995 movie Babe, which is about a talking animal (pig). While Racing Stripes tells the story of an abandoned zebra that grew up and believing that he is a racehorse, and so, with the help of his barnyard friends and a teenage girl played by Hayden Panettiere he was set out to achieve his dreams of racing with thoroughbreds.

Racing Stripes was released on January 14, 2005 and had been nominated in Teen choice Awards (2005) for Choice Movie: Animated/Computer Generated category. 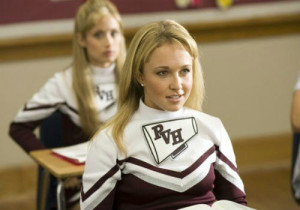 A film that stars Hayden Panettiere as a major role player, that revolves around high school cheerleading. Bring It On: All or Nothing is the fourth installment in the Bring It On series. The movie was released direct –to- DVD on August 8, 2006 by Universal Pictures. This was directed by Steve Rash, while gaining a PG -13 rating.

Hayden plays as Britney Allen, who is a transfer student in a rough high school, that tries to join the cheerleading squad and she not only faces off against the cheerleading head, but also against her former school in preparation for a cheer – off competition. It has one nomination in Cinema Audio Society, USA in 2007 for Outstanding Achievement In Sound Mixing for DVD Original Programming. 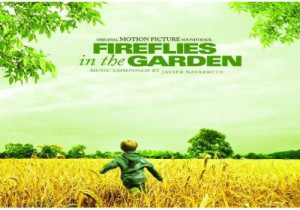 Another movie that starred Hayden Panettiere as young Jane Lawrence in 2008 is Fireflies In The Garden. It is a drama film that is set in the present day, and the story revolves around the three generations of a family, with flash backs to their growing up. Taylor family was devastated by an accident while on a way to a family reunion. 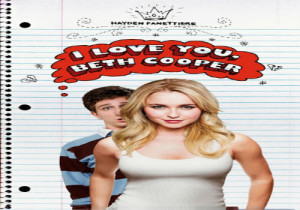 In July 10,2009, the film I Love You Beth Cooper was released in United States and distributed by 20th Century Fox. The movie was based on a novel of Larry Doyle with the same title. Co – produced and directed by Chris Columbus. Here, Beth Cooper is Hayden Panettiere, who is the hottest and most popular girl in school who catches the heart of a nerdy valedictorian, Denis Cooverman portrayed by Paul Rust. It was nominated in Teen Choice Awards (2009) for Choice Summer Movie Star: Female category, and won in World Stunt Awards (2010) for the category of Hardest Hit. The movie had an $18 million budget. 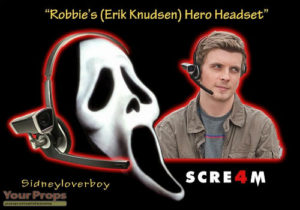 Scream 4 2011 film is the fourth installment in the Scream series. An American slash film co – produced and directed by Wes Craven under Dimension Films. Premiered on April 15, 2011. Scream is a horror mystery movie that tackles about the struggles of Sydney against the ghost face killer who always attacks her since the beginning. After ten years that passed, Sydney Prescott (Neve Campbell), who had put herself back together, is once again visited by the ghost face killer. Hayden plays the role of Kirby Reed.

The film has grossed more than $101.3 million worldwide. Had a nomination for Choice Movie: Horror category in Teen Choice Awards, 2011 and won for Best Horror Poster category in Golden Trailer Awards, 2012.