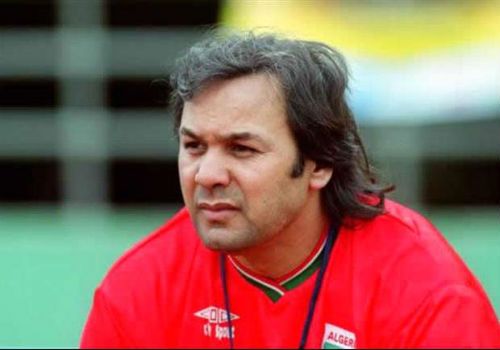 The interest of people on football has escalated once again. The recent 2014 FIFA World Cup which was held in Brazil caught the attention of football fans around the world. The championship match between Argentina and Germany got their fans hooked on their televisions where the latter won. Football is one of the loved sports of all time. Even children nowadays are magnetized by this sport.

This game requires mental and physical strength. Though body type is important, agility is imperative. Agility as defined by Elizabeth Quinn, a physiologist and fitness consultant, is the body’s ability to move or change position rapidly and effectively while under control. Mental toughness is also paramount. Players need to be competitive and optimistic; they should be positive even after failing and use optimism to create strategies and techniques to be better football players. However, mental and physical strength of players are irrelevant if teamwork is absent. Teamwork means working together to achieve a goal. In football, teamwork is meant to achieve a goal, literally, because it is the base for scoring. There are 11 players in a football team and they play different positions which include midfielders, forwards, defenders, sweepers and the goalkeeper. 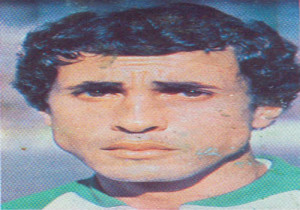 Mehdi Cerbah, now aged 61, is one of the famous football players of Algeria. He was born in Algers on April 3, 1953. He began his career in sports when he joined RAM Alger in 1964. Cerbah dedicated more than 2 decades of his life in football. He became a player of the Algerian teams USM Alger, JS Kabylie and RC Kouba. He also played for the North American Soccer League (NASL), Montreal Manic in Canada. Cerbah also played for the Algeria National Football Team with three appearances at the 1982 FIFA World Cup Finals. In 1986, he finished his career. Cerbah and his teams won various awards not only in their country but also internationally. He was awarded Defensive MVP in 1983 and he’s known as the best Algerian goalkeeper of the century. 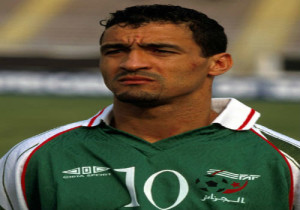 Abdehafid Tasfaout was born in Oran, Algeria on February 11, 1969. The 45 year old retired football player used to play as the midfielder of the Algerian national football team. He started his passion for football in 1982 with team SONATA Oran. During his football career, he also for ASM Oran, MC Oran and French football teams Auxerre and Guingamp. He was a member of the Algerian national football team until in 2002, during the African Cup in Mali, Tasfaout has a serious head injury caused by a clash with Boubacan Diarra. He suffered from a broken nose and swallowed tongue. Fortunately, he fully recovered from the accident. He ended his career in 2003; he was then a player of Al-Rayyan team. Tafaout is known as the Algerian all-time top scorer with 35 goals. He was also awarded as the 10th best African footballer in 1993. 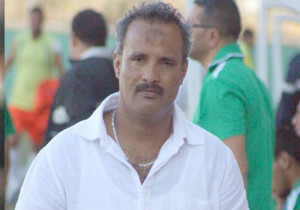 Ouazzani is another retired football player from Oran, Algeria. He was born on July 10, 1967. In 1983, he began his football career in his hometown team MC Oran. In the 1990 African Cup of Nations, Ouazzani with his team MC Oran won the competition.  In the same year, he signed his first professional contract with Aydinspor, a Turkish football club. He returned to MC Oran in 1992-1993 but left the team for the second time to join team Raja Casablanca in Morocco. He returned to MC Oran in 1995 and stayed with the team until his retirement in 2002. Ouazzani was awarded as the 2nd African Footballer of the Year in 1990. He also won different awards with MC Oran from 1984-2001. After his retirement, he became the coach of OM Arzew and eventually managed the MC Oran in February 2008. 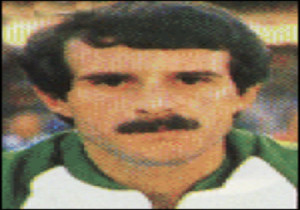 Ali Fergani is a former Algerian footballer who was born on September 21, 1952 in Onnaing, France. During his football career he played the midfield position. Fergani started his career with NA Hussein Dey and JS Kabylie. He also played for the Algeria national football team in the 1980 Summer Olympics and 1982 FIFA World Cup in Spain.  In 1981, he was awarded as the 3rd African Footballer of the Year. He played football for almost two decades from 1969-1986. In 1989, he started managing his former team JS Kabylie. Since then, Fergani have managed different football teams including several Tunisian gruops and the Algeria national football team. 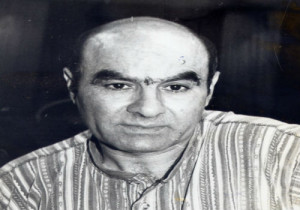 Another retired footballer from Algiers, Algeria is Hacene Lalmas. He was born on March 12, 1943. He played the attacking midfielder position well which gave him different awards and a lot of fans worldwide. Lalmas started his career with team OM Ruisseau but he became well-known during his career with the CR Belouizdad. He became famous for his 150 goals in the Algerian League which made him an all-time top scorer. He was also awarded as the 5th then 6th African Footballer of the Year in 1970 & 1971, consecutively. His achievements led him to be voted as the Best Algerian Player of All Time and the 14th Best African Player of All Time. 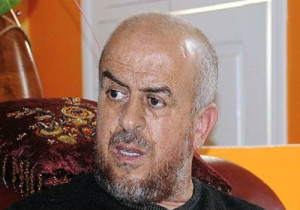 Salah Assad is a retired Algerian footballer who was born on March 13, 1958. He used to play the forward position. He started his football career with the RC Kouba. Assad have reached the peak of his career in 1982 where he received most of his awards which include Best left forward in the 1982 FIFA World Cup, Best African Sportsman and 2nd African Footballer of the Year. He also played for MC Mullhouse and Paris SG during his career. Assad also made several appearances for the national team where they participated in several tournaments in different parts of the world. He finished his career at the age of 30. 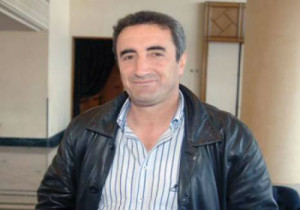 Menad is a former Algerian footballer from El Badhad, Algeria, who was born in July 22, 1960. He used to play the forward position. The 54 year old retired footballer is now managing MC Alger. Menad started his football career in 1977 with CR Belouizdad and ended in 1997 with the USM Alger. He also joined French and Portugal teams. Menad played for the national team from 1982 to 1995. In 1984, he was awarded as the 3rd African Footballer of the Year. He became more famous in 1990 during the African Cup of Nations where he was the top scorer with 4 goals during the said tournament. 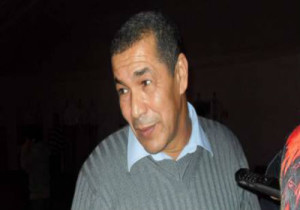 Bencheikh is a retired footballer from M’hir, Algeria. He played the forward position but he debuted as a midfielder when he was 17. He spent most of his football career with MC Alger from 1973-1988. He almost signed a contract with FC Nantes, a French club, but it was prevented by the Algerian president during that time, Houari Boumediene. Bencheikh also had several appearances with the national team from 1976-1985. He was the 19th placer for the African Player of the Century in the IFFHS or International Federation of Football History and Statistics. He was also awarded as the 3rd, 5th and 2nd African footballer of the year, chronologically from 1976-1978. Along with the national team, they won gold medal in the 1978 All Africa Games and bronze medal during the Mediterranean Games in 1979. 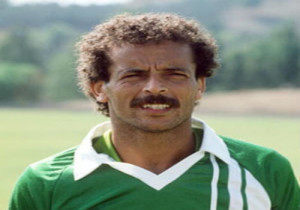 Belloumi, the famous footballer, was born on December 29, 1958 in Mascara, Algeria. He was believed to be the inventor of “Blind Pass”, a football technique that used to deceive an opponent. He started football as a career in 1971 and stopped in 1999. He played the attacking midfielder position. He played for various football teams but he spent mostly of his career with GC Mascara and MC Oran. He also played with the national team from 1974-1989. Belloumi, together with his teams, have won a number of tournaments. Belloumi was also recognized for different awards such as Top Scorer of Algerian league in 1978 with MC Oran, Best Forward in African Cup of Nations in 1980 and African Footballer of the Year in 1981, 3rd in 1982 and 4th in 1980. In 2009, he was awarded as the Algerian Player of the 20th century. 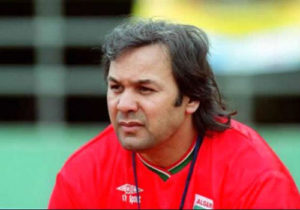 Madjer, the skilled striker and the Algerian football star, tops the list for the Best Algerian Football Players of all time. He was born in Hussein Dey, Algeria in December 15, 1958. He began his football career in 1975 with his hometown team NA Hussein, Dey and ended in 1992 with Qatar SC. Madjer also played for different European teams. He had several appearances for the national team from 1978-1992. He played for Algeria in the 1980 Summer Olympics, 1982 and 1986 World Cups and in the African Cup of Nations in 1980, 1982, 1984, 1986 and 1990. Madjer was awarded as the African Footballer of the Year in 1987, Arab Footballer of the 20th century in 2004 and Algerian Footballer of the 20th century in 2009 with Belloumi. He’s also known for his back –heel goal during the European Champions Cup final in 1987. After his retirement, he became the coach of their national team for 2 years.