10 Must Visit Tourist Attractions in China

China is one of the biggest country around the globe aside from this they also holds several records like the most populous country around the globe.Having this in mind, then it wouldn’t be surprised if this country has been considered as one of the most fascinating tourist destinations. Aside from tourist attractions, China are also rich in culture and history not mentioning their edge towards technology and modernization. China has been through alot in history, they have been ruled by all types of rulers you could imagine. No wonder why Chinese people are very wise in terms of business and personal lives. Practicality is their great asset aside from knowledge and technology. Everyone knows about the existence of Chinese medicine and herbs that is why many would try to visit every temple or establishment of China offering this type of treatment. Natural medication is also a great asset of Chinese people together, their fabulous tourist attractions it will make your tour a complete package.

Not all tourists can visit several locations at one country, most of the time travel agency provides a limited package for a specific location. Unlike in China, You can visit every location for the whole day fromthese locations are already part of the daily living of Chinese People. Some of them are in a protected area, but there are also that are open to public.Now here is your chance to know the top 10 attractions in China by referring to the list below: 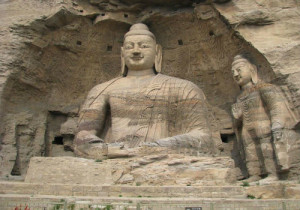 Knowing that China is rich in terms of culture and history, you would be amazed to see the Yungang Grottoes. The Yungang Grottoes are one of the most magnificent and a real state of the art rock-cut architecture. You see, arts and science in  5th and 6th centuries are the main source of civilization. If a place doesn’t have this then perhaps they are being left behind. The Yun gang grottoes had been through a lot of difficulties, damages has been recorded and repaired and again damage. It is a normal happening for a century old masterpiece to be brittle in time, but even if this risk is present, the Chinese government has been cautious in maintaining the status of Yungang Grottoes. You can visit this place at the City of Datong at about 16 km west. 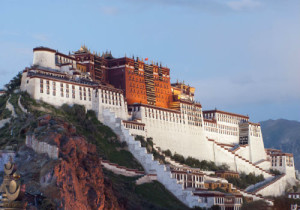 Art and Culture are also very precious to China because of their remarkable history. Compared to other countries, China has been through a lot of dynasties that somehow marked memories of Chinese people and the whole global community. The Potala Palace is considered and famous as UNESCO world cultural heritage site. They even term it as a treasure palace from the inside of this establishment are precious and one of a kind artifacts. Built in a the prestigious red mountain or also known as the MarpoRiin the middle of Lhasa Valley. Once you visit this place, you will be having a complete package tour since aside from a historical heritage site, you will have the chance to explore the Lhasa Valley 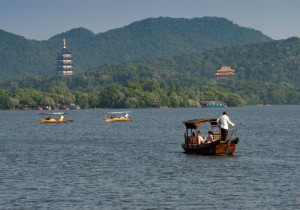 Located in the Western part of China in the province of Zhejiang, this man made freshwater lake has been popular for every tourist. It is not just about the thought that it is man made, but because the place it provides a certain harmony and peace towards the tourist. Once you see the lake and the long specialized bridge will somehow bring you to a different place. The west lake is not just a simple lake, but again a complete package tour in one location. You can go and see the flowers blooming like the tulip, blossoms and the most famous one is the lotus flower. Aside from t the lake that was built with inspiration of water garden which means everything you want for a garden is here. 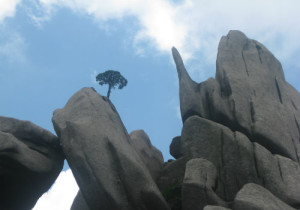 The Huangshan or the yellow mountain was believed to be formed over a million years ago. At around 1990 the Yellow mountainswee considered and proclaimed as a Unesco Heritage site because of its utmost natural beauty. It is even believed to be part of the 5 wonders of  the world during winter. The most famous attraction in the yellow mountains is the magnificent rock formations as well as the pine trees. You can also have a better view of sunrise here at Yellow Mountain. Nothing can suit you better than being on top of the this mountain. Historical landmarks and other cultural heritage are well protected by Chinese government. 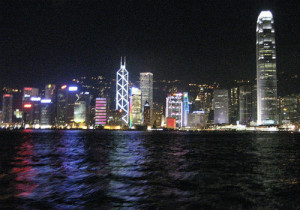 Victoria harbor is quite different from other tourist attractions since this Harbor provides a great view of the whole South China Sea. Located in between the magnificent islands of Hongkong and Kowloon. Every tourist would always want to see the beach and the shoreline, but the Victoria Harbor offers more than that. Trading business is very rampant on this harbor because of that they are even considered as the busiest port. If you want to go the nearby islands or even tour around the city through ferries then better start with Star ferry. Ships, boats and yacht owners would surely love to make a stopover on this harbor, aside from it has an active limelight at night then surely you’ll capture by its captivating sceneries. 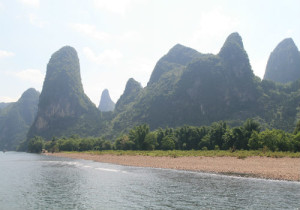 With a 437-kilometer course the Li River is considered as one of the must see attractions in China. It is not just a simple river that has long length, but because of its sceneries on the sides of the river. A beautiful hillside can be seen when you ride a bamboo raft or small boats. The Li River is also the main attraction in Guilin. What makes the Li River even more lovable is that it is somehow equipped with a peaceful sceneries wherein you  will the quiet of the nature which is what a vacation should be.You can go fishing or cave hopping and might as well visit their outstanding cliffs. 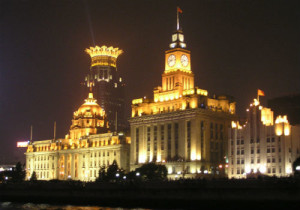 The outer bank the bund, quite confusing name since its meaning is far from its Chinese name. Somehow the meaning of the word doesn’t literally states the word alone, but the totality of its purpose. The bund is the masterpiece or the focal point of Shanghai.Knowing Shanghai is the most busiest City in China because of its abundance of business establishments. This establishment can be profitable for both the tourist as well as store owners. For everything you will need is here,from banking to buying goods and accessories. The bund is not just a simple building, but it is how this historical building is strategically placed. 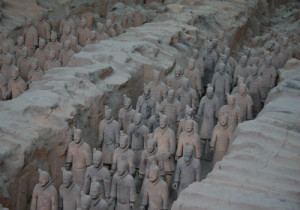 Terracotta Army is very famous in world history. It is because this sculpture are not simple statues, but a historical symbol of the first civilization of China. The terracotta army represents the 8,000 soldiers of the Qin Shi dynasty. Statues are common, but what makes the terracotta Army one of a kind is that the number of these sculptures are not the usual number for a statue. Usually the artist will only make one statute as a symbol or reflection of someone or something, but with terracotta Army it even puts a realistic memory towards the first dynasty of China. It is said that there are 130 chariots on this sculpture as well as 520 horses. 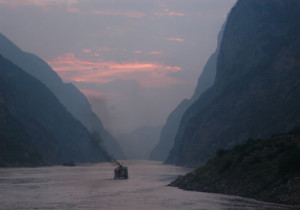 Yangtze means long, literally the Yangtze river or the long river is the longest river in China. Aside from that the Yangtze River is the third longest river around the world. Knowing this it is already expected that along this river beautiful and captivating sceneries are on along the way. In the whole year round navigations are allowed provided that proper precautions are applied and implemented. Even if this river is the longest still its beauty can be dangerous to others. Captivating sceneries are worth watching for, so what are you waiting to grab your chances in visiting this place. 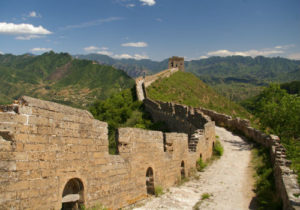 The first among the list is the Great Wall of China. As early as a grade 5 wherein world history is included in your subjects, you surely know things about the Great Wall of China. You are already aware that China is one of the strongest country, both before and in today’s generation. The Great Wall was established and built for offensive purposes. Centuries before wars and battles are very common, territorial dispute is the major problems. But with this Great Wall, China has been stiff and strong to battle against their opponents Built at around 5th and 6th century at the northern border of China.