The Amazing Race had caught a lot of attention from around the world as the people in different nations shares the same awe, angst and excitement with the show. It had been so good that a lot of countries also had the same ideas and were being translated to their own native and own host. Countries which has their own version of The Amazing race are Vietnam, Ukraine, Philippines, Norway, Latin America, Israel, France, China, Canada, Brazil, New Zealand, and of course, United States.

The Amazing Race is a reality television which consists of team with two people who have a deep kind of relationship be it siblings, weds, cousins, etc. Included in the race, the participants will be travelling in different modes of transportations be it jeepneys, hot air balloons, airplanes, helicopter, trucks, bicycles, cars, buses, boats, taxicabs and by foot. Clues will also be provided for the team which will be set to be done by single or together.

The original series started its first airing in United States way back in 2001. It had won thirteen Primetime Emmy Awards from 2003 to 2012 (except 2010 and 2013) for “Outstanding Reality-Competition Program.”

Well, the show is quite exciting knowing that a lot could happen to the contestants. Troubles may be within or outside the team which could add more heat to the viewers. For the meantime, here are ten of the most memorable couple in The Amazing Race history: 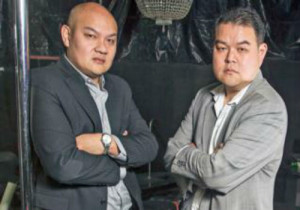 Just because we said couple it would only pertain to that common kind of love that we are usually thinking about – it can be paternal partnership as well. So number ten on this chart are The Cho Brothers. Who wouldn’t love them anyway? They may have been cut out to the Amazing Race early, it is obvious how generous they are for helping up David and Mary. Anyway, the Chor Brothers consists of two Asian siblings namely Erwin Cho and Godwin Cho. Erwin is actually the elder one (age 32) while Godwin is younger (age 29). They are the sibling that came all the way from San Francisco, California. 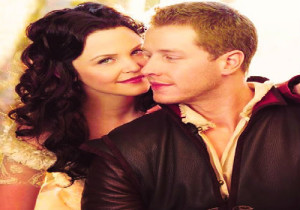 As for the ninth spot, it is the tough couple David and Mary. The husband and wife had managed to hang around on The Amazing Race for a great job and some help from other teams such as The Cho brothers.

David Conley Jr. was a coal miner from Stone, Kentucky who joined The Amazing Race Season 10 along with his wife, Mary Conley. Their love story may have been simple – they met in their workplace at McDonalds – but they have been inseperable ever since. Maybe it’s one of the reason and best tactic in the show, for they always have each other’s back from then. 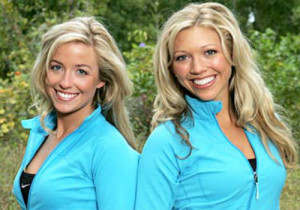 Another different kind of couple for this chart, for the next entry is two roommates. Number eight on the spot are none other than the Dustin and Kandice. Judging on their looks, who would have thought that these amazingly gorgeous looking girls can be one of the toughest competitors in The Amazing Race? Dustin-Leigh Konzelman-Seltzer is from Riverside, California while Kandice Pelletier came from New York. The two were roommate way back on the days when they were both competing for the pageant “Miss America.” They may have been rival during the beauty contest back then, but they had became bestfriends since the day that they met. 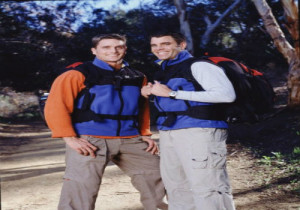 Another couple got a spot for this chart. Number seven for this countdown is the Chip and Reichen couple. Well, during the show, they were actually married. But after the show, the two had split, and well, Reichen go with Lance Bass. Yep, the N’Sync guy. Reichen Lehmkuhl is a 28-year old pilot from Los Angeles, California. He had made an appearance on the TV Movie called The Scorned. On one hand, Chip Arndt is a 36 year old active consultant who is also into projects related to music, film and multi-media. The two were actually the first gay couple who had won The Amazing Race in history. 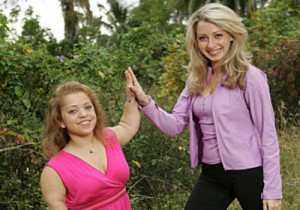 Number six on this chart are the cousins Charla and Mirna. They are actually the first team of cousins and the first partner who had joined with dwarfism. Although she is a little person, Charla is as determined as her cousin Mirna to win the contest. They believe that each of them can fill another’s strength and weaknesses. They would have won, perhaps, in the The Amazing Race Season 5 if their plane from Dubai to Nairobi was not delayed. Technically, it was the transportation’s fault, and not their capabilities. The two had also appeared in “The Amazing Presidential Race” which is a parody of The Amazing Race. 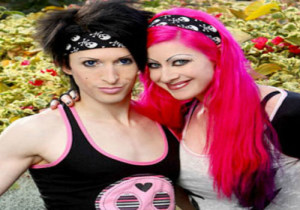 The Amazing Race is actually filled with different kind of stories and styles that the world should have known. Number five on this chart is the most fashionable team ever that consists of Kyn and Vyxsin. The two are actually in a relationship with each other. Kynt Kaliber is a 35-year-old print and runway model, on one hand, Vyxsin Fiala do the same occupation as well. For over three years, they have been best friends who are on and off in their relationship for several times. The two are actually one of the best competitors in the show as well, but what’s keeping the everyday challenges hard was the way they would cope up with their “makeup” as well. 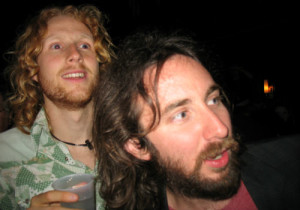 Number four on this chart of most memorable couples are the team of best friends of B.J and Tyler. These two boys actually savored every moment in the contest that they could care less when they are going to win or not. Tyler even said, “If it’s this successful to be hippies, we might as well stay hippies.” Brian Jeffrey “BJ” Averell is a 26-year-old guy from Los Angeles, California while Tyler MacNiven is 25-year-old from San Francisco, California. The two actually met and became best friends in a dance party at downtown part of Guilin, China. They’ve been close since then, and would click with each other’s interest be it in traveling, bouncing trampolines, swimming and many more. 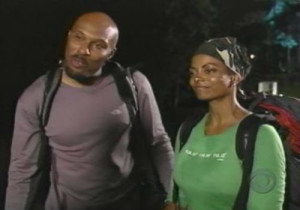 And now we’re down to number three, and owning this spot are the couple Uchenna and Joyce. This team was actually loved by many. Perhaps knowing that they have many supporters gave them strength to go on with the race. Actually, the two had joined the contest to regain the closeness that they lost while trying to deal with some issues while working for their own occupation. Well, they are a tough team anyway that’s why they had gained so many fans and was loved by many. After all, the only reason why they were eliminated was because they missed their connecting flight in Frankfurt. 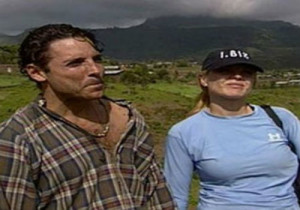 There may be a lot of people who hated this team, but Jonathan and Victoria landed number two as the most memorable couple in this chart. Maybe it was the number of people watching them that counts.

Both Jonathan and Victoria are actually from Los Angeles, California. Their reason in joining The Amazing Race is, of course, to win one million dollars. Maybe this goal has set their perimeter to become competitive among the other racer of the show. The two actually made many of the watchers raised a brow with their actions, especially when Jonathan pushed Victoria while on cam. Maybe the two doesn’t really get along for in 2010, they had finally divorced. 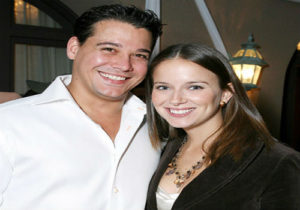 And finally, we’re down to the number one most memorable couple in The Amazing Race. The first and best spot was owned by none other than Rob and Amber. In Season 7, they were just engaged. But when they were back on the game during the All-Stars Season, they are called as the newlyweds couple.  Way back in 2004, Rob had made the viewers say their won “oohs” and “ahhs” when Rob proposed to Amber during live finale. Good thing was that Amber was also wearing a shirt that says “I Love Rob.” When they played for the All-Stars, the two are finally married.